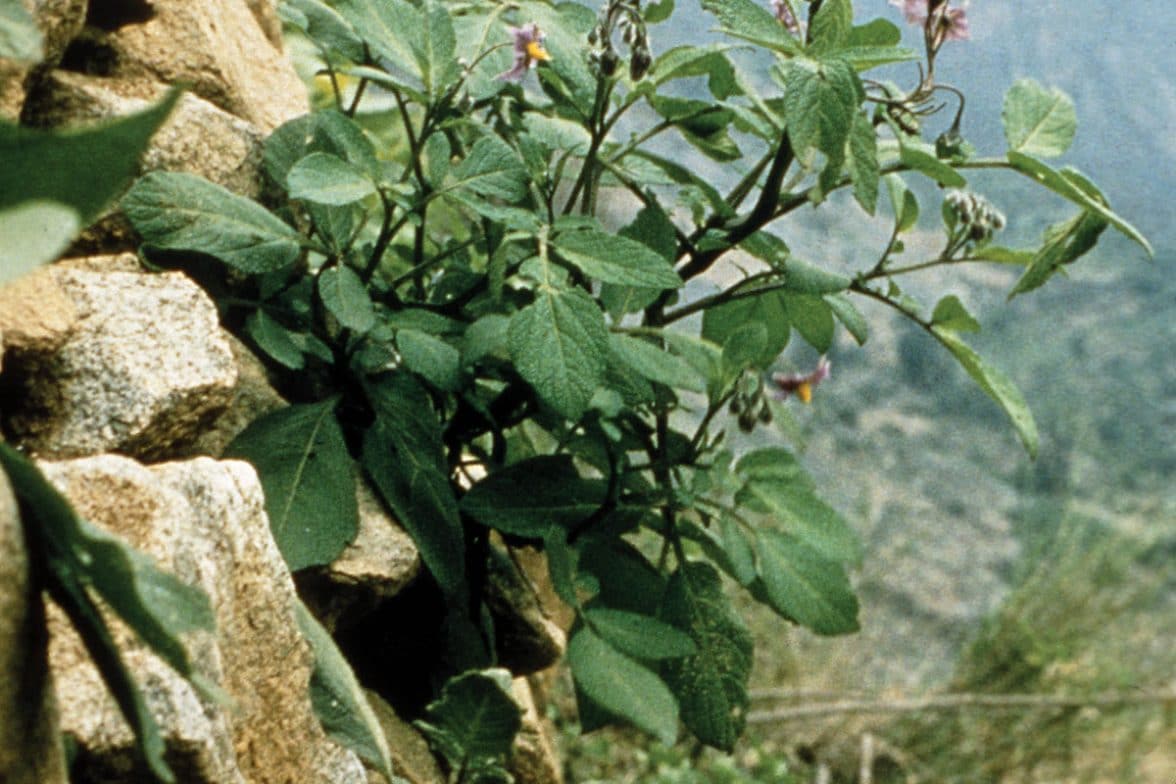 Relatives of the modern-day spud represent a treasure house of genetic information, but some are in danger of going extinct.

The potato probably has more related wild species than any other crop. These wild relatives grow through much of the Americas, from the United States southwest through Central America and then along the South American Andes Mountains from Venezuela through Colombia, Ecuador, Peru, Bolivia and northwest Argentina. They also occur in the lowlands of Chile, Argentina, Uruguay, Paraguay and southern Brazil.

Over millions of years, various wild potato species have adapted to stressful conditions, such as drought, and have also developed resistances to various pests and diseases. From time to time, new diseases have emerged, or old diseases and pests have spread into areas where they were previously unknown.

Many of these wild relatives grow in areas that, from the standpoint of traditional potato cultivation, could be considered unusual, such as clinging to steep mountainsides. Despite their hardiness, several wild potato relatives are losing their natural habitat.

The reasons for this include forest clearing, increased grazing pressure, irrigation of dry lands and changing farm practices, including the increased use of herbicides and the destruction of field borders to maximize field size. When their natural habitat changes drastically, these wild potato cousins are often no longer able to compete with the new surrounding vegetation, putting the survival of the species at risk.

This vital issue needs to be addressed, since wild potato species represent a great treasure in terms of genetic resistances against current and/or future diseases and pests. These cousins of the common potato constitute a valuable resource for future generations of potato producers and consumers alike. For a major world food crop such as the potato, this is of great importance to ensure global food security.

Since the early 20th century, when travel was often treacherous and time-consuming, plant collectors have sought representative samples of all wild potato species. Potato breeders, researchers, growers and consumers all owe a great debt of gratitude to the scientists who collectively created this important genetic storehouse.

One of these early potato hunters was the British pioneer Jack Hawkes. His first “British Potato Collecting Expedition” in South America took place in 1938-39. This expedition, which occurred on the eve of the Second World War, took Hawkes and two colleagues through Peru, Argentina, Bolivia, Ecuador and Colombia.

In Hawkes’s own words: “Starting from Lima, Peru, in January 1939 and ending in Panama at the end of August of the same year, the expedition traveled during these eight months some 9,000 miles, exclusive, of course, of the journeys to and from South America. Travel was accomplished by air, steamship, rail, lorry, car, horse, mule and foot.”

Wild potato species collected by Hawkes and other potato hunters proved instrumental in the development of stress-resistant cultivars used in potato production. An interesting example is insect-resistant cultivars developed at Cornell University in New York.

For years, it was known that a wild species called Solanum berthaultii — first described by Hawkes during his South American expedition after he found it growing on a rocky hill in Bolivia — was resistant to many insects.

In this case, the mechanism of resistance resides in the presence of glandular hairs on the lower surface of the leaves. When an insect rubs against a hair, the gland ruptures and exudes a glue-like substance that entraps small insects, impeding their movement so that they eventually starve. Three decades of breeding efforts by Cornell scientists have so far resulted in two home garden cultivars known as Prince Hairy and King Harry, in which the glandular hair traits of S. berthaultii have been incorporated.

Selection among its hybrids with cultivated potatoes for both glandular hairs and acceptable tuber type and yield has taken decades of painstaking research. While the King Harry cultivar won a Green Thumb Award from the Mailorder Gardening Association in the United States in 2007, more research is necessary to incorporate the glandular hair traits into commercial processing cultivars.