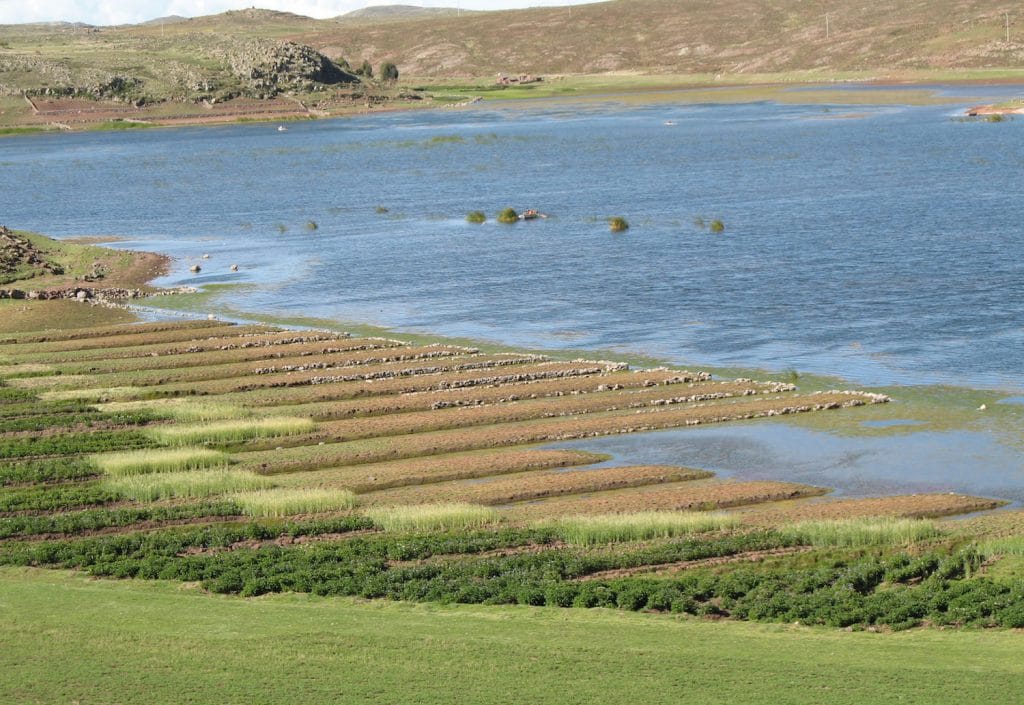 Impact of the Potato on Society

The potato has had a profound impact on society and vice versa.

Archeological and genetic evidence indicates the domestication of the potato probably took place about 8,000 years ago in the vicinity of Lake Titicaca, located on the border of current Peru and Bolivia.

From Pachamanca and Chuño to Unprecedented Inflation

The domestication of the potato gradually resulted in greater food production, which in turn stimulated population growth, development of cities, technology, crafts, arts, sciences and political centralization in the Inca Empire. One of several customs that illustrates how much the potato had become embedded in the Inca culture is pachamanca, which involved cooking potatoes (and other food) by roasting them underground on hot stones.

Another custom there is the development of chuño, a freeze-dried product that is at least 2,000 years old. During June and July tubers are exposed to freezing temperatures for three or four nights. They thaw out during the day and are then trampled by foot to remove the moisture and allowed to dry in the sun. Chuño can be stored for a year or longer. It was collected as taxes from the peasants and disbursed from imperial storehouses to labour gangs for building roads, waging war, erecting monuments and to sustain all the other aspects of civilized society in the high Andes (Altiplano).

After their conquest, the Spanish rulers used chuño to feed the slaves in the infamous silver mines in Potosí in what is now Bolivia. This in turn allowed for the mining of such large amounts of silver (as well as gold) that after importing it into Europe it resulted in the so-called “price revolution,” an unprecedented inflation of consumer goods in Spain and eventually elsewhere in Europe.

The first record of the potato being grown in Europe is from the Canary Islands, where they were being grown in 1567. For a couple of centuries the potato was primarily grown in botanical gardens and described in several herbals. After it finally was established as a food crop it contributed to a population explosion. Between 1750 and 1850 the European population grew from 140 million to 266 million people. This increase was in large measure the result of a substantial increase in food supply due primarily to two new American crops: maize in southern Europe and potato in the north.

It was in Ireland where the potato was most rapidly adopted. The potato became so interwoven with the lives of the Irish that around the world it became known as the Irish potato. The population of Ireland increased even more rapidly than that on the European continent, from about three million in 1750 to over eight million in 1841.

When late blight attacked the Irish potato crop for several successive years in the 1840s, the result was the catastrophic Irish Potato Famine. The famine resulted in the death of more than one million people from starvation and associated diseases such as cholera and typhus. At least one million Irish refugees emigrated, mostly to North America. The famine also had a major impact on science. The debate among scientists about the cause of this plant disease eventually led to the birth of modern plant pathology.

In the history of mankind, wars have often driven technological developments that were subsequently used in peacetime. This includes potato processing, beginning with the development of chuño by the ancient Andean societies. More recently, dried potatoes were used as ship’s provisions and military rations in the Franco-German wars, the Napoleonic Wars, in the Crimea and in the Civil War in the U.S. At the beginning of the Second World War, scientists developed Victory Potatoes, a product made from shredded and dehydrated compressed potatoes. During the First World War, American soldiers stationed in Europe discovered a new potato treat being sold on the street corners of Belgium. They called this new product “french fries” because the Belgians preparing the product spoke French. Since then, french fries have become the largest worldwide outlet for potatoes.

The past 50 years has seen major changes in potato production on a global scale. World potato production rose from an average of 264 million tons in 1961–1963 to 369 million tons in 2011–2013. Much of this increase has occurred in China, India and other Asian countries. A major driving force for this has been the shift in consumption patterns from fresh as a staple food, to fast and snack food in many developing countries in Asia. Another contributing factor, especially in China and India, has been the role of the respective governments in the promotion of the potato.

Throughout its history, time and again, the potato has provided bread for the poor. It continues in this role today on a global scale. After the collapse of the former Soviet Union in the 1990s, the potato was a key factor in subsistence throughout the post-socialist countries by growing them in home gardens. Its nutritional quality, adaptability to different climates and cultivation methods makes the potato uniquely suitable for its role in contributing to global food security.