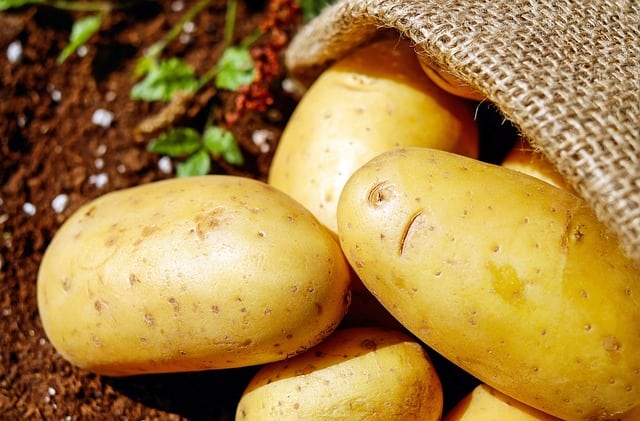 What’s the planting progress for the potato crop in Canada? In brief, says Kevin MacIsaac, UPGC’s general manager, cold and wet in the East and slightly behind, but dry, in the West.

April has been cold with above average rainfall. May has seen more normal amounts of rainfall, however showers almost every second day has made it difficult for growers to get into the fields. As of today, about 10-15% of the potato crop has been planted. Overall acreage will likely be similar to last year. Pricing on old crop has been good with GRI’s at $20.90. Although demand is good, movement is down 11% below last year, given a smaller supply left to market.

Planting has been sporadic as well, due to wet field conditions and cool soil temperatures. As of today, about 25% of the potato crop has been planted. There is very little extra seed available for planting additional acreages. The industry will likely be dominated by processing as fryers attempt to increase grower volumes to feed market demand. Remaining old crop is spoken for, in both processing and fresh. There was some attempt last week to harvest potatoes that were not dug in the fall of 2018, with mixed results depending on where snowfall had accumulated for protection during winter.

Planting has been delayed as well with frost advisories issued on several nights. As of today, 35-40% of the crop has been planted. The sandy soil in the Joliette region is 90% complete, however the Lac-St- Jean area is only 15% planted. The delay in planting and emergence will make for a tight turn around from old crop to new. Some shippers could be short without imported product. It has been a late shipping season for seed as well, with a small percentage left to go. Quebec does have seed of some varieties still available. The packer’s association has begun meeting with chain stores to discuss supply in the upcoming season.

Rain and cool soils have delayed planting in the Alliston and Shelburne area with about 30% of the crop in the ground. The early planted area in the southern part of the province is done with some delays between start to finish. At the end of last week with only 60% of the field fry contract planted and 20% of the storage crop seeded, processing growers were becoming a bit frustrated. Growers can make up time with today’s large planting equipment, however, there will likely be some gaps in product availability with delayed emergence in cooler soils. There has been no replanting to date. Old crop is becoming scarce as time moves on.

Planting is finished with some emergence on the acres planted in late April. The tail end of planting became a bit delayed as seed of some varieties was running short and growers had to make alternate plans to finish up their acreages. Planting conditions were dry resulting in no seed piece decay. Growth is probably a week behind same time last year. Frost on the previous night did not seem to affect emerged rotational crops like canola. There has been very little rain this spring however there is good water supply in the reservoirs, and given cooler conditions, growers have not yet started to irrigate. The growing season will need to go well in order for growers to meet the additional volume requirements for the Simplot expansion. Besides additional acres, growers have also moved up their anticipated target yields to cover the needed increase.

The processing crop in the southern part of the province is completely planted with many fields at ground crack. Some seed pieces have been in the ground for 7 weeks with cold soils delaying emergence. The seed acreage in the northern region is approaching 85-90% completion, as is the table acreage. Overall potato acreage is expected to increase by 6,600 acres to meet the needs of the Cavendish Farms expansion coming on this fall. The province is very dry, in fact the driest going back to 2002-03. The traditional snow pack from Calgary south never really existed this year and irrigation allocation is on a 75% reduction for this season. Reducing water usage from 16 inches per year down to 12 inches/year will likely see growers move water from some of their rotational crops in order to provide potatoes with the moisture level they require.

Planting of the potato crop is pretty much wrapped up, with estimates at 90-95%. It has been a timely planting season with many growers finishing by May 15th. As is traditional, there is still a bit of seed acreage to be planted. Growing conditions have been near perfect with timely rains and warm temperatures. There has been no seed piece decay and many fields are at emergence. The very earliest potatoes were planted on March 14th so some of those Warbas are being harvested green, however it will be June before any significant early volume is harvested.

The above information was sourced from the Canadian Tablestock Call on May 28, 2019.

The Crop Transition Conference, which provides a snapshot of the transition schedule from old crop into new crop will be held in Minneapolis on June 19th this year.