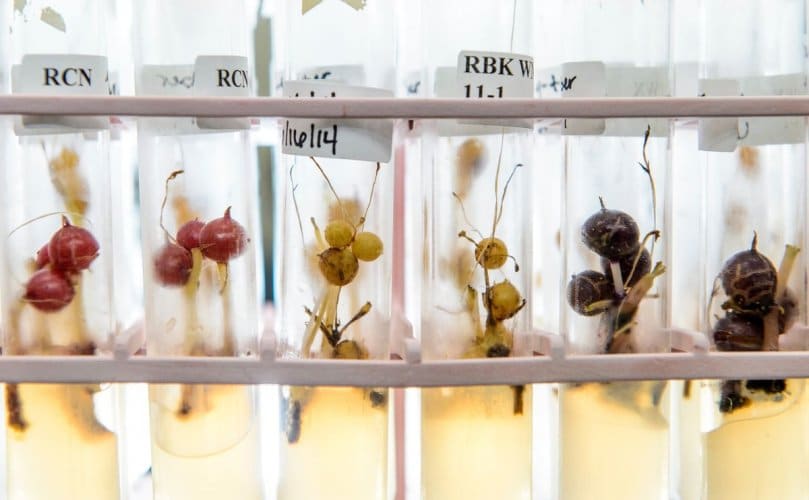 Some Wisconsin potato growers are applauding new state laws that could help protect against crop disease.

“It’s a requirement that just about every one of the other seed states in the country that grow seed potatoes already have,” said Alex Crockford, director of the Wisconsin Seed Certification Program through the University of Wisconsin-Madison.

The program certifies that seed potatoes grown in the state are free of damaging levels of viruses or diseases.

“Certified seed goes through a various amount of lab testing too before it can be replanted so the commercial grower that’s buying the seed knows that it’s virtually free of any disease that may cause a yield or harvest or storage limitations,” Crockford said.

Certified seed potatoes do cost more. But Crockford said most commercial growers already use certified seed because many potato processors require it.

Tamas Houlihan, executive director of the Wisconsin Potato & Vegetable Growers Association, said getting the roughly two per cent of growers who don’t use certified seed potatoes to start will be good for everyone in the industry.

“These diseases are not just the grower’s problem. They can spread through the wind and rain and get on neighbouring fields,” Houlihan said.

Walker also signed a law that shortens the amount of time growers have to respond to late blight of potatoes, the disease that caused the Irish Potato Famine in the 1840s.

Growers now have 24 hours to treat plants with late blight or 72 hours to destroy them after receiving notice from the state Department of Agriculture, Trade and Consumer Protection (DATCP). Previously, DATCP gave farmers 10 days to address the issue, a time frame Houlihan said was too long.

“By the time the abatement was ordered, (late blight) might have already been in the field for a week or 10 days,” Houlihan said. “If you also give the person 10 days to treat, we’re looking at three weeks and by that time the disease can spread.”

“We just wanted to make it a law on the books and give it a little bit more teeth when the Department of (Agriculture) would have to come in,” Houlihan said.