Tools of The Trade 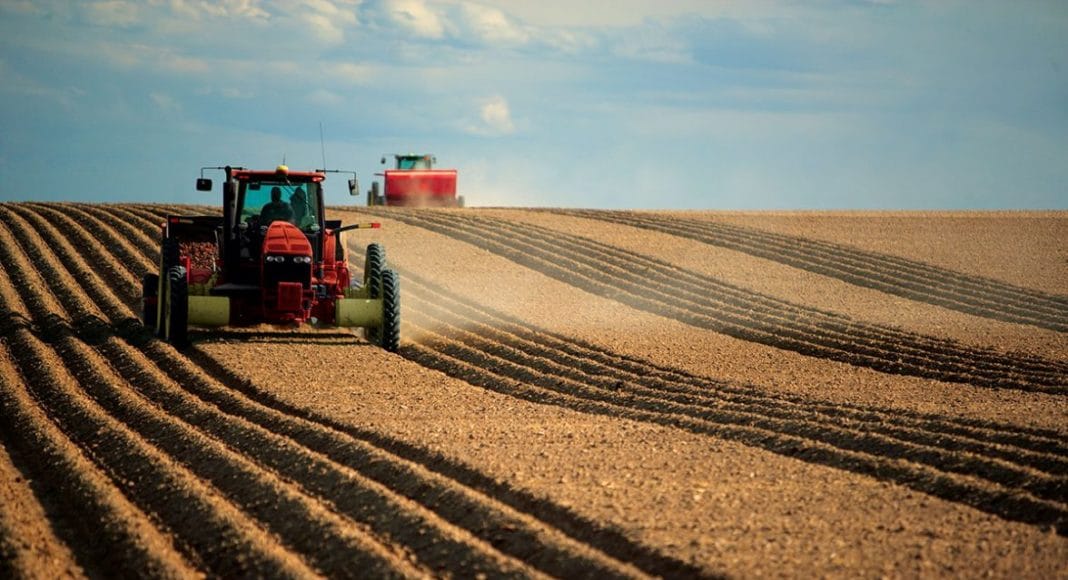 [deck]Four growers from across Canada discuss their investments in new equipment and technology.[/deck]

Jamie Lundy grows 1400 acres of potatoes with his brother Michael and father Alan near Alliston, Ont.

Scott Anderson is the farms manager for Barrich Farms and the True North Seed Potato Company, and grows 1400 acres of table and seed potatoes east of Outlook, Sask.

Spud Smart: What is the newest piece of equipment or technology in use on your operation?

RVR: The newest equipment is an 8530 John Deere tractor and the newest technology in use is the Valley Base Station, which is a telemetry system linking all our pivots.

TC: I think the newest piece of equipment would probably be the new John Deere environmentally-friendly exhaust systems on the tractors, which try and eliminate as much fumes as possible. Before that, [the newest purchase] was a GPS system with full control over the potato planters.

JL: As far as technology goes we’re now running two planters with the John Deere RTK system. That’s the newest piece of technology. It’s working well. We were running one John Deere RTK system, and we got a second one, the reason being that we wanted to slow down ground speed for more accurate spacing. Having the GPS system allows us to have two planters in the same field. The benefit of that is that all your seeds go into one location. Once the fields are ready to be planted, you’re running one operation. It streamlines things well.

SA: RTK precision ag equipment—real-time GPS equipment. It allows us to accurately and efficiently allow the trackers to drive themselves using the GPS system plus or minus one inch for very accurate row spacings, allowing for less air in the field and less unplanted ground. It also allows for more profitability with the fact that tractors are not causing any damage to the potatoes, so the marketability of the potatoes is better. Because the systems are accurate they’re controlling pesticides, herbicides and fungicides as well, thus making for an accurate application rate which saves us money.

SS: What major purchases over the last five years have you found most useful (i.e. made the biggest impact on your bottom line)?

RVR: Every purchase, regardless of size, has to make some impact on the farm. It must somehow increase the efficiency of the operation. A shop expansion five years ago was probably the best investment I made. The larger shop allows us to service different units at once and we have built a few of our own specialized pieces of equipment as well.

TC: I would think that the GPS systems would be the first one. I think it makes more efficient use of the land, [as well as] fertilizer and all inputs. The second one would probably be the automatic computer-controlled potato grader—it automatically sorts the potatoes using electric eyes. We’ve been able to grade a little faster because it’s fully automated—it does a more accurate job.

JL: We built two storages within the last five-year period, and before that we were storing at four different locations. Eighty per cent of our crop goes to the home farm. The storages are made by Belhen. These buildings are larger and more efficient, and I get my empty trucks back quicker. They are equipped with two variable speed fans, humidifiers, and Dayson/Gellert ventilation systems.

SA: That would be the RTK GPS equipment—it’s taken about five years to get it to the point we have it now. We have every tractor operating under that system. Everything is done with the GPS, which means less operator skill is needed, and it gives us a better job at the end of the day.

SS: How often on average does your operation make a major investment in a new piece of heavy equipment?

RVR: I usually run a tractor for about five years. I have been purchasing harvesters on a similar cycle but I don’t foresee changing harvesters in the near future as the digging capacity is where it needs to be right now.

TC: I would think almost every year we’re doing something.

JL: I would say once a year [we buy] two to four pieces depending on costs and what is required.

SA: Probably as we can afford it for sure, but every year we try to purchase a new piece of equipment. We purchased a harvester last year, and did an upgrade to our wash plant.

The GPS is improving our quality for sure. To put a number on it is tough, but certainly we couldn’t farm without it.

SS: Since your operation began using GPS, precision ag methods, fertility mapping or other software-based technology, have you noticed an increase in efficiency/profitability?

RVR: I have used variable rate irrigation coupled with some fertility mapping in the 2012 crop and am evaluating its benefits currently. I believe it will be beneficial, but I think it might take a few seasons to see exactly which of the field variables we can try to manage with the least cost or the highest return.

TC: We use GPS for planting and harvesting. I would say the quality has increased [especially at planting]. Everything is situated exactly where it should be. It doesn’t always increase yields, but it does increase quality with less sunburn, bruising and mechanical damage of the tubers. We do a lot of soil testing in various spots on different fields. We have a scouting division that goes over our fields every week—we don’t use a satellite system for that.

JL: As far as our fertility goes, we’ve kept things pretty simple. We don’t have a lot of variability in our soils, so we’re keeping our fertility pretty simple. The GPS is improving our quality for sure. To put a number on it is tough, but certainly we couldn’t farm without it. We have competent operators, but the GPS will compensate for a lot of error. As helpful as GPS is, however, it is still not as valuable as a competent operator with common sense.

SA: In efficiencies alone, we’re cutting the time down by 20 per cent, just in the days they work out in the field. We’re gaining five per cent on ag inputs, so reduction in costs on inputs. Also with the GPS, we’re just starting on fertility, variable rate fertilizer. We’re unsure at this point how this will impact our business. Cutting down on labour and cutting down on the time, as well as the skill set of the operator at the equipment—your skill set doesn’t need to be as high because the equipment does the work for you.

The world’s getting small now so most people have similar new technology. If something new comes along and it works it’s adopted pretty quickly across the industry.

SS: How do you finance your major equipment—do you buy it outright, lease it, or hire a custom operator to perform specific operations?

RVR: When I started growing potatoes 12 years ago, I used a custom operator for many operations. Since timing is so crucial for potatoes, I have purchased necessary equipment over the years to be able to do most operations myself. Currently, a custom trucker hauls my potatoes to the processor and an aerial applicator does the bulk of my pesticide applications after row closure. As far as financing, it depends on the situation. I have never leased anything.

TC: We buy or lease but mostly buy, depending on a whole lot of other things. It may depend on how much we’re going to use it if we decide to lease—if it’s a long-term piece of equipment we know we’re going to keep, we purchase it. If it’s something like a self-propelled sprayer, we lease those, because we want to keep them for a few years and then upgrade into new models. Here we do very little custom work. It’s a little difficult here because everybody wants it done at the same time, so we’ve found there’s very little custom harvesting of potatoes. The world’s getting small now so most people have similar new technology. If something new comes along and it works it’s adopted pretty quickly across the industry.

JL: We set up a machinery budget every year, and we try to keep it within our machinery budget. If we can’t afford to pay for it we don’t buy it. With the potato business being so risky, that’s one way we try to minimize our risk. I’m a third generation [grower] and we’ve always been a relatively conservative farm. We’ve taken a step-by-step approach. We still use custom operators for our fertilizer applications.

SA: We do a couple of things. We buy most of it and finance most of it, if we can see the benefit for the business—we ask, “Will it pay for itself?” We get some custom application done, such as fungicide sprays, but now we’re pretty much independent.