Wireworms are a soil-borne pest which cause millions of dollars in damage to potato crops on Canadian farms each year. Canadian researchers have been working, as part of a national research cluster, to find ways for potato growers to manage these pests with new innovations and tools. This webinar delves deep into their research work. 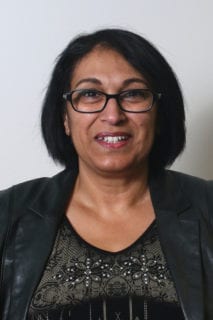 Christine obtained her PhD in entomology from McGill University. Following her PhD, she conducted research on the Colorado potato beetle at Laval University in Quebec City, later moving to Alberta where she continued her research at AAFC Lethbridge. In 2000, she moved to P.E.I. where she started her current position.

Christine’s research has focused on developing integrated pest management strategies with an emphasis on techniques to manage insect pests in agricultural crop fields. Her research provides cutting edge knowledge and technology to the industry and the scientific community. She invented the NELT™ which is the first trap which can capture both male and female click beetles and the European corn borer larval crusher. The direct impact of her innovative research on industry and science has resulted in frequent requests for consultations and advice from grower and industry groups across Canada, the U.S. and Europe, and invitations to speak at grower and industry meetings and scientific conferences. In 2016, she received an Agrologist Recognition Award for outstanding contributions to agriculture from the P.E.I. Institute of Agrologists. 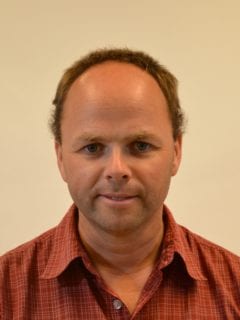 Wim began working at AAFC in 2003, when he started a PhD project on the behavioral response of two wireworm pest species, Agriotes obscurus and Limonius canus, to insecticides, work which combined elements of toxicology, pest management, and behavioral ecology. This research first demonstrated the unique effects of different insecticide classes on wireworms, including their ability to recover from prolonged morbidity induced by dermal contact or ingestion of neonicotinoids, their repellency to pyrethroids, and the latent, irreversible morbidity caused by contacting or ingesting phenyl pyrazoles. These findings remain pivotal for understanding the success and failure of various wireworm management approaches in the field and formed the basis of their subsequent wireworm management program.

Wim still works at AFFC on vegetable and field crop pests, with a focus on the biology and management of wireworms and click beetles. To date he has published more than 40 peer reviewed papers and two book chapters, participated in field work conducted in B.C., Alberta, Saskatchewan, Manitoba, Ontario, P.E.I., and the U.S. His work has led to an initiative to identify wireworms of economic importance from across Canada, this project is currently in its 16th year. His other research interests and publications deal with management of cabbage root maggot in rutabaga, thrips in potato, and western corn rootworm.

Brought to you by the Canadian Potato Council

Are Cover Crops Worth the Work?​​​​​​​ – A Spud Smart Roundtable Webinar & Podcast