There’s a lot that happens before seed potatoes end up planted in your fields. In order for you to be able to grow the best potato crop you can, seed growers work hard to get that seed ready for you. In this webinar the Canadian Food Inspection Agency (CFIA) will give you an overview of the process they require Canadian seed potato growers to follow to certify their seed for sale. We’ll also have a potato seed grower explain what happens on the ground for growing seed and getting it ready for planting in your fields. 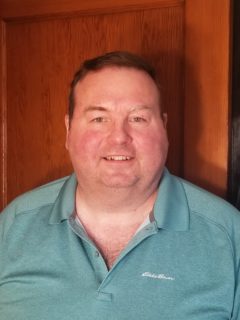 Christopher Dunbar, potato program specialist with the Canadian Food Inspection Agency (CFIA)
Christopher has worked in the potato industry for over 25 years. He attended the Nova Scotia Agricultural College and then received a master of science degree from Dalhousie University in 1997, where he studied potato tuber formation. Following university, he worked for 13 years as a manager on a farm which produced high generation seed potatoes for the P.E.I. Potato Board. After a two-year stint as an agronomist and researcher with at FoodTrust of P.E.I., Christopher joined the CFIA in 2007 as an inspector. He then worked his way up to his current program and policy development position in plant health, where he handles quarantine pests for potatoes. Christopher spends his spare time on the river with his spouse and kids and working in his greenhouse and orchard. He also writes a monthly column on gardening for a local P.E.I. food magazine. 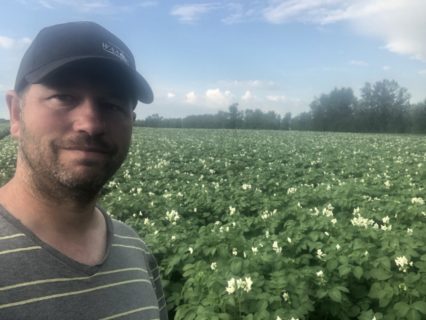 Hoogland Farms is a family farm with Jake and his father working together. They grow 380 acres of seed potatoes and a small amount of grain. The Hoogland’s grow approximately 30 varieties and 90 lots of potatoes, from the mini tuber stage to shipping E1, E2 or E3. The Hoogland’s have been growing potatoes near Millet since 1998, before that they grew seed potatoes in the Netherlands for over 40 years. Jake moved to Canada in 1996 where he first worked on a seed potato farm near Edmonton, Alta. Jake is the chairman of Edmonton Potato Growers and a long-time board member of the seed potato committee for the Potato Growers of Alberta. He is married with one child and enjoys farming and kart racing.

Proudly sponsored by BASF and McCain

Are Cover Crops Worth the Work?​​​​​​​ – A Spud Smart Roundtable Webinar & Podcast