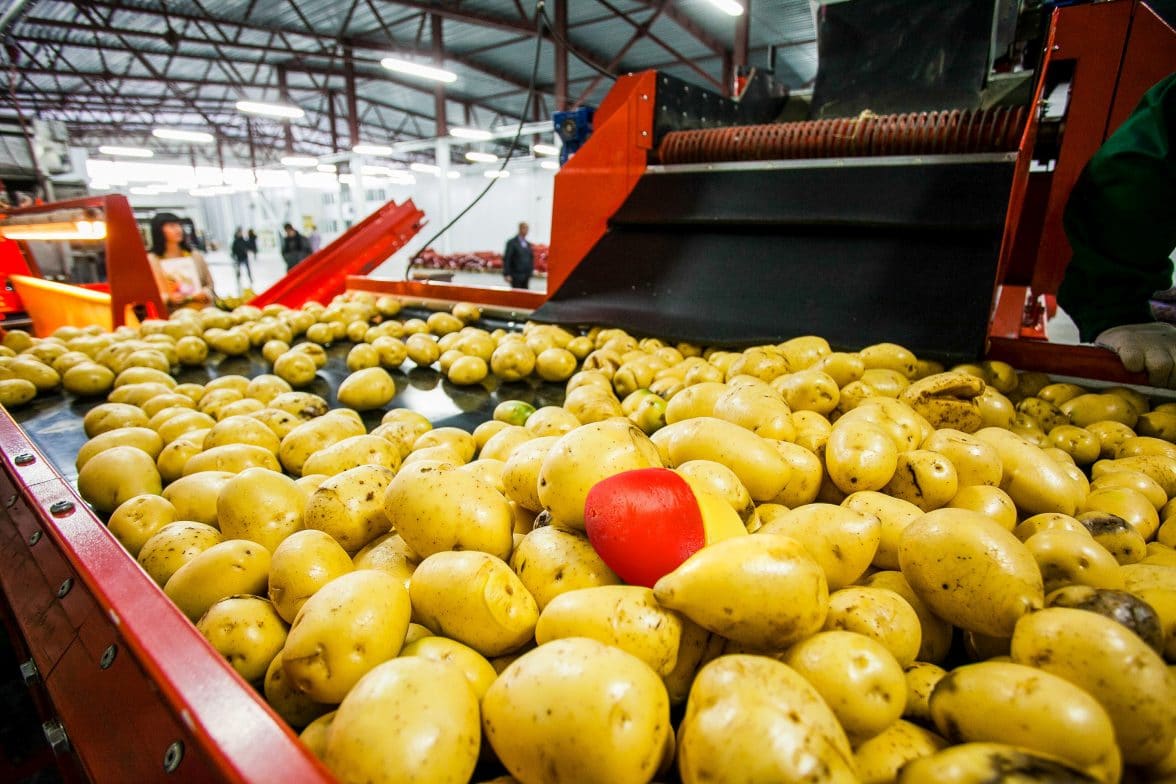 Improvements to SmartSpud include Bluetooth tracking, double the battery life and sampling rate speed as well as improved velocity measurement. The system’s app also has an improved interface with new reporting capabilities.

Recent updates on new and established scanning and handling systems including the SmartSpud, chemical imaging and an acrylamide sensor.

Any technology that helps maximize profit and minimize waste is welcome in agriculture, and potato farming is no exception. There are some recent updates on new and established scanning and handling systems now available or soon to be marketed.

You have likely heard about the SmartSpud, a revolutionary Canadian device produced by Masitek Instruments of Moncton, N.B., that travels through potato equipment from harvester to packaging, mimicking a real potato. It provides real-time feedback so equipment can be adjusted on the spot, and therefore minimizes losses due to scuffing, bruises and nicks as quickly as possible.

All Masitek systems (its agricultural products also include the CracklessEgg and ProduceQC) received a complete overhaul about 18 months ago. They now have Bluetooth tracking, double the battery life and sampling rate speed as well as improved velocity measurement. The system’s app also has an improved interface with new reporting capabilities.

Masitek devices are used in many countries worldwide. Most SmartSpuds have been sold in Canada and the United States, with the majority used in harvesting, storage and processing applications, says Larry Doherty, the company’s chief operating officer. The remainder are used by manufacturers of processing and packaging equipment to improve their offerings.

“Using the SmartSpud can reduce bruising by up to 10 per cent on first use,” Doherty says. “With regular use as part of an overall quality assurance program, even greater reductions will be realized.”

Customers include McCain Foods, BASF, Lamb Weston, Cavendish Farms, and J.R. Simplot Company in Manitoba, which has used the SmartSpud on many of its farms over the years.

“This device is a very valuable tool to have for both potato growers and processors, as there is an economic benefit for reducing bruise for the growers, and it makes it easier for the processor to turn the potatoes into a product,” saysLandon Thomson, J.R. Simplot’s manager of trainee operations. “This technology is very beneficial for the potato industry.”

However, he says it can be challenging to keep sight of the device if it gets dirty. Thomson hasn’t heard of any Simplot growers owning their own SmartSpud, but he says they don’t hesitate to ask the company to bring the device to their farms and run it through wherever they feel there is a concern for bruise potential.

Schroeder Brothers Farms in Antigo, Wis., has used the SmartSpud for just over two years. “We like the device and are happy we bought it,” says co-owner J.D. Schroeder. “It’s pretty user-friendly and provides good information.” He says Masitek provides threshold baseline numbers for a range of potato varieties related to skin scuffing, small bruises and large bruises.

“We would make sure our equipment and operators stayed under those numbers, and then compare it to our own bruise sampling to see if we agreed,” Schroeder says. “Generally, we did. But using the SmartSpud provides data faster because you don’t have to wait for bruises to develop like you would on a sample, and it helps you pinpoint where a bruise might be coming from. It’s easier than pulling samples from, for instance, every chain or section of a harvester.”

Like Simplot, Schroeder Bros. has run the SmartSpud through pretty much everything. “We have buried it in the hill, or set it on top of the hill, and let the windrower pick it up and dump it out,” saysSchroeder. “We have also let the harvester pick it up and drop it into the truck. It has gone through the grading line, up the bin piler and into the pile.”

The device has also run through the operation’s grading shed, washing flume and polisher, and at unloading, through stingers and up through the accumulators. The device is run through everything many times to determine what adjustments would cause variations in G-forces, or to cause the device to hit a certain part of the equipment that may occasionally cause bruising.

Scanning machines using chemical imaging technology are marketed by Insort GmbH of Austria, which has now sold 15 units in North America and about 70 worldwide.

Chemical imaging technology provides an inspection of the potato’s surface and up to three millimetres under the surface. Although hollow heart detection isn’t possible, glassy potatoes can be discerned.

Lukas Lackner, vice-president of the firm’s Canadian division, says the technology can also distinguish between peel and scab and other dark defects with very high accuracy. “Soft rot and acid burn can be detected to some degree, depending on the level of severity of the defect.” When it comes to their investment,Lackner says some customers see returns in less than a year.

Last year, Austin and Ramona Roberts, who own P.E.I. Potato Solutions in New Annan, P.E.I., purchased a Sherlock Separator, which is an Insort scanner. “As far as scab goes, the Insort is wonderful. We have excellent success with this, and it has very high accuracy,”says Ramona Roberts.

New technology is currently being developed in Europe to scan for acrylamide, which is formed from naturally-occurring compounds in certain foods, such as potato chips and French fries, during processing or cooking at high temperatures.

Not all potatoes produce high levels of acrylamide during frying, and Belgium’s Vrije Universiteit Brussel scientist, Lien Smeesters, in collaboration with Norway’s Tomra Sorting Solutions, has developed a sensor to detect which ones do so. The sensor is being integrated with Tomra’s laser-based optical sorting machines this year. Food firms that use the technology to exclude potatoes that will produce lots of acrylamide during frying can put those potatoes to other uses.