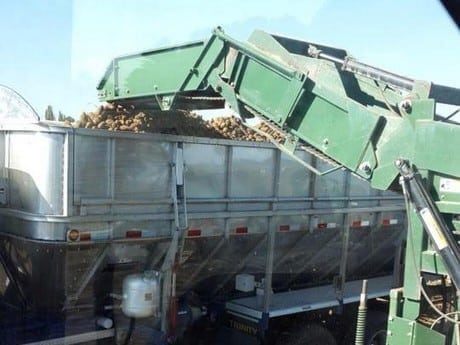 The potato harvest in Manitoba has just started with production appearing to be lower, the Sept. 4 provincial potato report from Manitoba Agriculture’s Vikram Bisht says.

The report notes the lower production could be due to the continued heat which happened for many weeks over the growing season. Potato heat units are around 720+, which is higher than normal for this time period. However, temperatures have started to cool down in the Prairie province.

Rains were scattered across the province over the past week, with totals ranging from 1.8 to 22.5 mm.