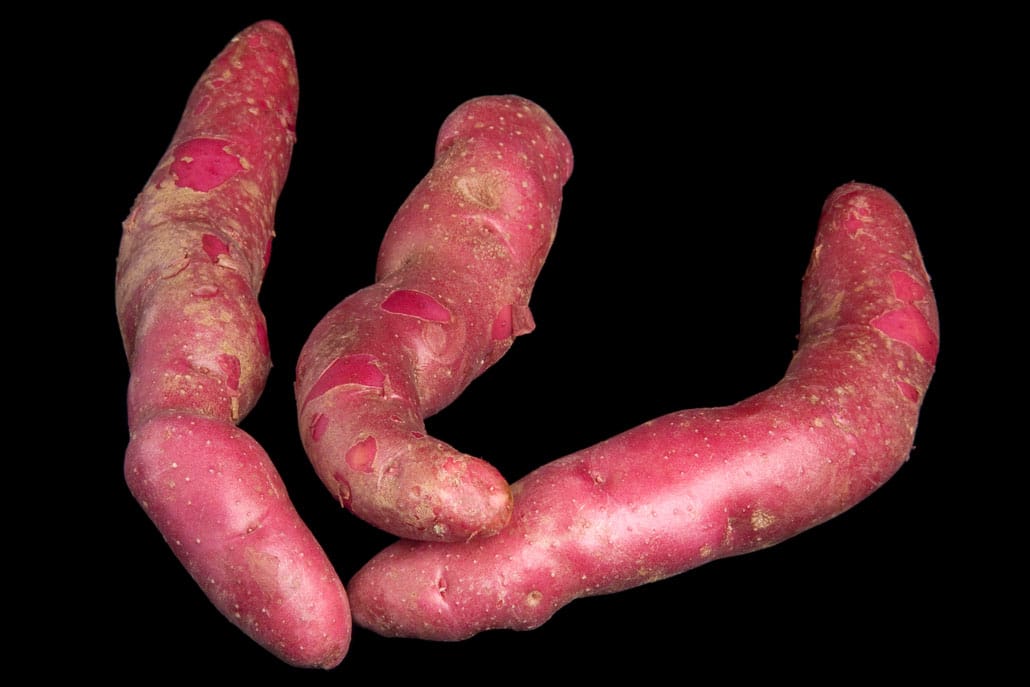 What’s in a Name?

The modern day potato has called many different things in the past — here’s a sample.

Even though Shakespeare has very eloquently expressed that names are no substitute for substance (as Juliet tells Romeo: “What’s in a name? That which we call a rose by any other name would smell as sweet.”), names are nevertheless important.

In many cultures, great emphasis is placed on the naming of newborn children — in some instances, first names may provide an indication of the cultural, political and social circumstances surrounding the birth of a particular child.

In a similar way, the names of our crops and different crop varieties can shed some light on the circumstances at the time when such names were given. A look back at some of the historical names attached to the potato provides such a glimpse.

The most ancient names for potato come from the Aymará and Quechua languages. Aymará is spoken primarily around Lake Titicaca, which is located on the border of current Peru and Bolivia. Quechua was the official language of the Inca Empire.

The most common word for potato in South America is the Quechua word papa. Originally used in the Inca Empire, the name was later adopted by the Spanish conquerors who spread it further throughout South America and also took it to Europe.

The name potato is derived from batata, the Spanish name for sweet potato. The relationship between the names batata and potato has been the principal cause of a great amount of confusion regarding the origin and spread of the potato.

Batatas or sweet potatoes were already grown in the West Indies when the Europeans first arrived there. From there, the sweet potato was taken by British colonial merchants (and pirates!) to Virginia and eventually to the British Isles.

There is some controversy around the origin of the name spud. Some believe that, in an effort to warn the Irish not to eat too many potatoes, the “Society for the Prevention of Unwholesome Diet” was formed and that the word spud came from the first letters in the society’s name.

Another, and perhaps more likely explanation, is that the term spud originally meant some kind of spade or digging fork, especially the kind used for digging potatoes.

In Italy, potatoes were harvested the same way as truffles, an edible underground fungus, and hence they became known as tartuffoli. From this evolved the German Tartuffel and eventually Kartoffel.

In some countries the potato became known as earth apple or earth pear. Examples of earth apple are the French pomme de terre and the Dutch aardappel. The earth pear concept can be traced via the German Grundbirne to krumpir in several Slavic languages, the Pennsylvania-Dutch krumbeer and similar names in many other languages.

Several Slavic peoples in Eastern Europe probably obtained one of their names for potato from the Greek and/or Latin word for bulb (bulbus) — a term used in both languages for any swollen root or tuber, especially vegetables.

The Ukrainian word for potato is bulba. The Russian gulba, the Czech barabol and the Yiddish boulbé are also derived from the same root word.

There are several names for potato in China. This isn’t that surprising considering the geographic size of the country, its vast population and the fact that China now produces more potatoes than any other nation in the world.

Some of the most common names are mǎlíngshǔ (horse bell), tǔdòu (earth bean) and yángyù (foreign taro).

Both the Quechua and Aymará languages have many descriptive names for potato cultivars. In addition to being suggestive of colour, shape and taste, these names may invoke gender, animal and human body parts (one example is Papa Cacho, which means Cow Horn), tools, and other concepts.

Some rather amusing names include the Quechua Lunchuy Huacachi (Potato which Makes the Daughter-in-Law Cry), apparently so named because its deep eyes makes it difficult to peel. Another example is Quwi obispo (Like a Guinea Pig with Skin the Colours of a Bishop’s Robes).

Potato salespeople have often been creative in choosing cultivar names to facilitate marketing.

No doubt the linguistic wealth of names for the potato reflects some measure of the esteem in which it is held by farmers, gardeners and consumers alike.