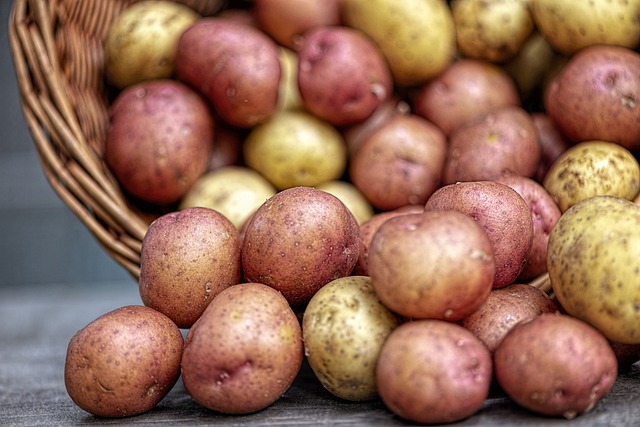 The Canadian federal government announced a more than $252 million support program for farmers including a $50 million food surplus food program to help as the COVID-19 pandemic has affected food supply chains, Prime Minister Justin Trudeau says in announcement from Ottawa, Ont. on May 5.

“We don’t have the capacity right now to redistribute such large quantities of food and some producers have no choice but to throw out their product. It’s a waste of food and a loss of revenue for the people who work so hard to produce it,” Trudeau says.

The food surplus program will see the government purchase produce and food products which have been going to waste as restaurants have closed to help stop the spread of COVID-19. Purchased products, such as potatoes, milk and poultry, will then be distributed to organizations providing food to vulnerable people such as food banks. The government will work with food banks to see determine what food they need, and then will base purchases on that.

Potato farmers are happy to see the government providing them support. Many have seen processing contract volumes cut for this year and have been told they will be storing potatoes from last year further into fall than usual.

“The time that we have is very limited and I can’t emphasize that enough. Potatoes won’t hold forever in storage,” Luc Gervais, a potato farmer from Grand Falls, N.B., says in a phone interview.

Potato processor McCain Foods was also pleased with the announcement. In an emailed statement from McCain CEO Max Koeune says, “We are keen to see the details of the program, including timings. This support needs to be in place quickly, as potatoes in store are at risk of spoiling as the weather warms.”

The $252 million program also includes $77 million for food processors to protect workers with personal protective equipment (PPE) and other safety measures, the funding will also help them expand to produce more food domestically. There is also $125 million for hog and beef farmers to help adjust to market conditions. Dairy producers will also be able to access an increased line of credit for help.

The Canadian Federation of Agriculture (CFA) had previously asked the government for $2.6 billion to help the agriculture industry. The group says their total was based on estimates made by commodity groups across the country. In a release from the group they say while they welcome the funding, it is not enough to avert negative impacts to Canadian food supply in the coming months.

“We know that there is more to do and we will keep working with them to determine exactly how we can best help. We will be there for our agricultural producers because they are so important to all Canadians,” Trudeau says.

Trudeau says the government will continue to working with farmers, the provinces and territories on long-term solutions to help the agriculture sector during the pandemic, with more funding possible in the future.

South of the border the United States government has announced they will be spending $50 million to buy surplus potatoes, amongst other funding to support farmers.

The Canadian government is also working with the industry in regards to temporary foreign workers (TFWs). As of May 5, 90 per cent of the usual amount of TFWs have arrived in Canada. As harvest nears and more workers are required, Trudeau says they will work with the industry to meet their needs.

Feds Give Money to Retrofit Food Supply Chain Amid Pandemic