Canada Potato Crop Down 3.9 Per Cent from Last Year 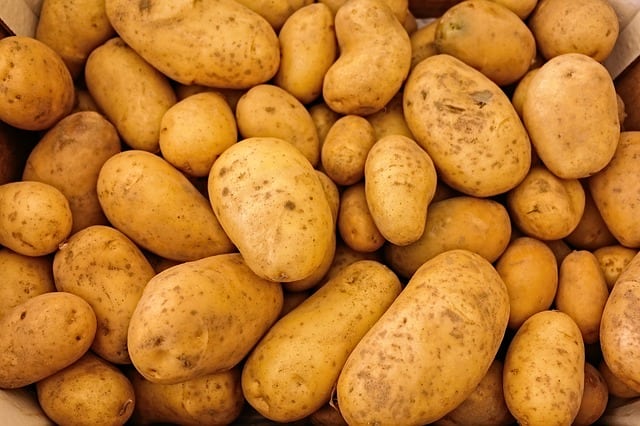 Canada’s production drop is mainly due in the Maritime provinces, the report notes. Production there is expected to drop 20.8 per cent from the 2019 crop to 8.76 million cwt — marking the region’s lowest production level since 2019. Quebec is the only other province to record a smaller crop than last year.

“Canadian sources are not as pessimistic about the size of this year’s potato crop as they were in early October. We have increased our crop estimate, for the country, by 3.7 million cwt.”

Quebec is the only province where the production estimate has declined, the report says. Wet weather and cold temperatures during the harvest season forced Quebec growers to abandon at least 2,000 acres of this year’s crop.

Overall, Canada’s 2020 potato yield is likely to be the country’s lowest since 2012 at 286 cwt per acre. A strong yield in Alberta mitigated reductions in most of the major growing areas, there report notes.

Increased table potato production in Ontario and Quebec will not be enough to offset losses in New Brunswick and Prince Edward Island, the report says. The market for table potatoes is strong, with P.E.I. saying its early-season shipments have been running at an unsustainable pace.

On the fry side of the market, Alberta is the only province where growers produced enough spuds to cover their contract commitments. Processors have already purchased all of Alberta’s extra potatoes for local use or shipment to Manitoba, the report says.

“Supplies are short in all of the remaining provinces. Idaho and the Columbia Basin appear to be the only remaining source for substantial quantities of open processing potatoes. The volume of potatoes needed will depend upon the extent to which virus abatement efforts reduce demand for finished product.”

Both Ontario and Quebec produced more chip potatoes this year than last which may help to offset the losses in the Maritime, the repot notes. NAPM expects Canadian chip manufacturers will need to important at least as many early potatoes for the 2021 crop as they imported this year due to strong demand for chips.

There are continuing reports of tight seed supplies as both P.E.I. and New Brunswick reported major yield losses, the report says. Dealers have said demand for seed is strong, especially for chip potato varieties with buyers in the Maritimes and Maine looking for seed from the West. North Dakota has certified 20.5 per cent more seed for processing varieties than it did in 2019, which may ease the supply situation.