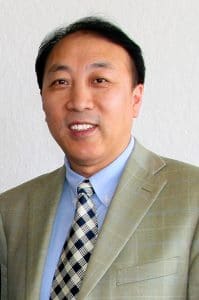 The World Potato Congress (WPC) is pleased to announce that Mr. Lu, Xiaoping has accepted the position to become the WPC’S newest international advisor.

Mr. Lu, Xiaoping, joined the International Potato Center (CIP) in May 2011 and has since been working as its Deputy Director-General and Director of the CIP-China Centre for Asia and Pacific (CCCAP), a regional arm of CIP. His primary responsibility is heading the start-up work of CCCAP, the first major presence in China of an international agricultural research organization under the Consultative Group of International Agricultural Research (CGIAR).

Prior to working at CIP, he assumed the position of Director of CCCAP Preparation Office, set up by the Ministry of Agriculture for establishing CCCAP. Mr. Lu started his career at the Ministry of Agriculture (MOA) in 1983 and had held a number of positions in the Department of International Cooperation, from Project Officer, Deputy Division Director, Division Director, all the way up to Deputy Director-General of the department. He played an important part in negotiating and managing major international agricultural and resource agreements, programs, protocols and treaties.

He was also invited to serve as a senior advisor for the DPRK UNDP Office from 1997 to 1998, and was appointed Counsellor in the Chinese Mission to the UN Agencies for Food and Agriculture in Rome from 2003 to 2004, where he played an active role in promoting China’s agricultural connection with the international community.

Mr. Lu graduated from the University of Queensland with a Master Degree of Agricultural Economic Studies in 1994, and also gained a Diploma in English Language and Law from Jiangsu Police Academy, China in 1981.

World Potato Congress President Romain Cools stated: “We are looking forward to an exciting and fruitful collaboration with Mr. Lu.”