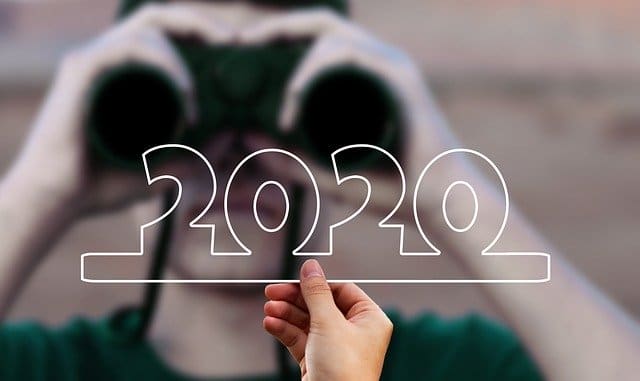 Climate change, protectionism and automation – three forces Bloomberg identifies as major disruptors to the global economic outlook – also appear among the most significant trends to watch in the Canadian agri-food supply chain for 2020, according to Farm Credit Canada’s (FCC) economics team.

These trends have the potential to not only disrupt the global economy, but they could also have a significant impact in shaping Canada’s agriculture and food industry outlook, said J.P. Gervais, FCC’s chief agricultural economist.

“We call them disruptors for the simple fact that these trends could significantly change the way Canadian farm operations, agri-businesses and food processors do business at home and around the world,” Gervais said. “The test is how they will adapt to take advantage of the opportunities or mitigate the challenges that come with each of these trends.”

Gervais said the disruptors come with the potential to promote or inhibit growth in Canada’s agriculture and food industry.

According to Canada’s 2019 Climate Change Report, Canada is warming at twice the rate of the rest of the world. Increases in both annual and seasonal mean temperatures may extend growing seasons with additional hotter days. However, the potential for warmer weather also increases potential for more rain during seeding and harvest, which makes controlling disease and pests more challenging. It also brings a higher likelihood of extreme weather events, such as floods and droughts.

“As we’ve witnessed in recent years, weather disruptions can lead to production losses across major agriculture producing regions, and this has serious and rippling repercussions for Canadian agriculture and food sectors,” Gervais said.

As we’ve witnessed in recent years, weather disruptions can lead to production losses across major agriculture producing regions, and this has serious and rippling repercussions for Canadian agriculture and food sectors.
Click To Tweet

Protectionism contributes to market volatility, which has an overall detrimental impact on the world economy. This would appear to be especially true for Canada, which was the world’s fifth largest exporter of agriculture commodities in 2018 behind the United States, Brazil, the Netherlands and China.

However, Canada has done extremely well in establishing strong trade relations in a number of key markets, thanks to a long-held focus on getting trade agreements in place, according to Gervais. And while more market access issues could arise in 2020, it’s just as possible that market disruptions could create new opportunities for Canadian producers and exporters.

“Our trade agreements help buffer Canada from some of the negative impact that growing protectionism is having on the world economy,” he said. “When tariffs are imposed or borders close for any number of reasons, having a broader range of export markets allows Canadian exports to be re-allocated, rather than simply reduced.”

Our trade agreements help buffer Canada from some of the negative impact that growing protectionism is having on the world economy.
Click To Tweet

Bottom line, protectionism in an evolving and uncertain international trade environment shouldn’t have a significant impact on Canada’s long-term export growth potential. The main reason, according to Gervais, is that food demand has grown both domestically and globally and is expected to continue in 2020. The animal protein sectors could even see growth accelerate based on the evolution of African Swine Fever in China and the rest of the world.

Despite global economic turmoil, the outlook for Canadian agriculture and food in 2020 remains positive due to ongoing investments in technology and innovation. These investments enable Canada to produce a wide range of commodities and processed foods, which helps the country maintain its competitive position in the world export market, according to Gervais.

Advances made possible due to automation in both agriculture production and food processing reduce costs.

With interest rates expected to remain low, the environment for continued investments in innovation and technology looks positive, Gervais said.

“Canadian farm operations have been a bit more cautious about making new investments, given the recent decline in net income,” he said. “But they also know that market conditions will eventually improve and that innovation is a long-term investment that eventually pays off.”