Advances in Soil Sampling and Analysis 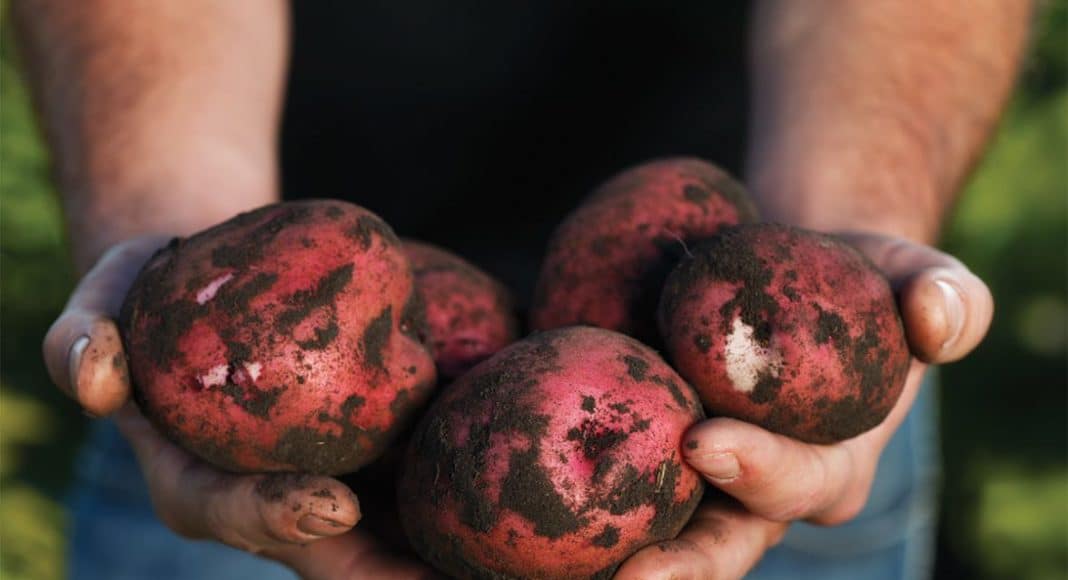 Regular soil sampling and testing are crucial elements for achieving a sound and accurate fertility program. Fertilizer management is a critical factor influencing the profitability and sustainability of potato production, as fertilizer products represent a substantial input cost for producers. Thus, regular soil sampling and testing are important aspects of fertilizer management.

A soil test is in essence the analysis of a soil sample from a particular field to determine nutrient and contaminant content, composition and other characteristics such as acidity and pH level.

Most growers send soil samples to commercial, accredited laboratories for analysis. Do-it-yourself kits are available in the trade, but these provide fairly limited results as they usually test only for the three major nutrients (nitrogen, phosphorous and potassium) and for soil acidity or pH levels. Commercial labs offer a variety of tests targeting groups of compounds and minerals. Laboratory tests often check for plant nutrients in the following three categories:

Management of nitrogen supply and testing of its availability in the soil is especially important in potato production. According to Bernie Zebarth, research scientist at Agriculture and Agri-Food Canada based in New Brunswick, insufficient N application can result in loss of crop yield or quality. Excessive N application, on the other hand, can lead to a loss of potato tuber quality and can delay maturity, making vines difficult to kill.

Zebarth points out that fertilizer N application also has implications for environmental sustainability, given the risk of nitrates leaching into groundwater and the fact that nitrous oxide emissions increase rapidly as fertilizer N rate is increased above the optimum rate.

While the concept of fertilizing at the optimum rate is simple, this can be difficult to achieve in practice, says Zebarth. “The challenge faced by producers is that the optimum fertilizer N rate can vary widely from field to field and from year to year. Given the uncertainty in choosing the optimum rate, a common strategy is to apply sufficient N to meet the crop N requirement in most years.”

Zebarth is of the opinion that a more reliable prediction of the optimum fertilizer N rate will allow growers to possibly reduce N fertilization in some fields and some years. This will result in both economic and environmental benefits.

The nitrogen supply for a potato crop comes from fertilizer, but also from manure and “mineralization.” Mineralization is the release of available nitrogen from soil organic matter and crop residues as a result of soil microbial activity. According to Zebarth, residual soil nitrates from the previous growing season can make up a large proportion of soil N supply for the current season in semi-arid regions such as Western Canada. In humid environments like Eastern Canada, however, most nitrates are lost through leaching from the root zone over the fall and winter period. Zebarth points out that soil N supply in Eastern Canada is dominated by soil N mineralization.

Although there is an option of using a spring soil mineral nitrogen test for potato and cereal crops in Eastern Canada, Zebarth says that spring soil nitrate concentration alone is not an effective predictor of the optimal fertilizer N rate.

Zebarth and other Canadian specialists have been working for several years on developing soil tests to improve prediction of soil N supply through an improved understanding of soil N mineralization. Zebarth and his colleagues are working on two different, yet related, approaches.

The first is the soil nitrogen supply, or SNS, test. “This test is taken in spring and measures the amount of soil N that is already available [to the plants], plus some of the N that is readily released from the soil,” Zebarth says.

“This test includes a 14-day incubation period. The test provides an index of the amount of N that can be supplied from the soil. The results of the test can be used to determine, for example, whether the expected supply of N from the soil will be high, medium or low, and would allow the producer to modify their fertilizer N application accordingly.”

The second approach involves the use of a simple kinetic model, explains Zebarth. This model uses information about the soil, including the SNS test, as well as climate data, to predict the amount of N supplied by the soil over the growing season. “Our goal is to use historic climatic information to predict the range of soil N supply expected in the coming year,” says Zebarth.

As part of a project to put this kinetic model into practice, soils representing different arable cropping systems (i.e. soil properties and management practices) will be collected from different locations across New Brunswick. This will allow application of the kinetic model on an individual field basis where the value of the soil’s potentially mineralizable N is predicted, the SNS test is measured and soil temperature is predicted from local air temperature data. “By using historical climate data, it should be possible to predict the range of soil N supply values likely to be obtained for the individual field in the coming growing season,” Zebarth says.

Potato Use of Clothianidin and Thiamethoxam Restricted