Saving EU’s Competitiveness: Why CRISPR is so Incredibly Necessary 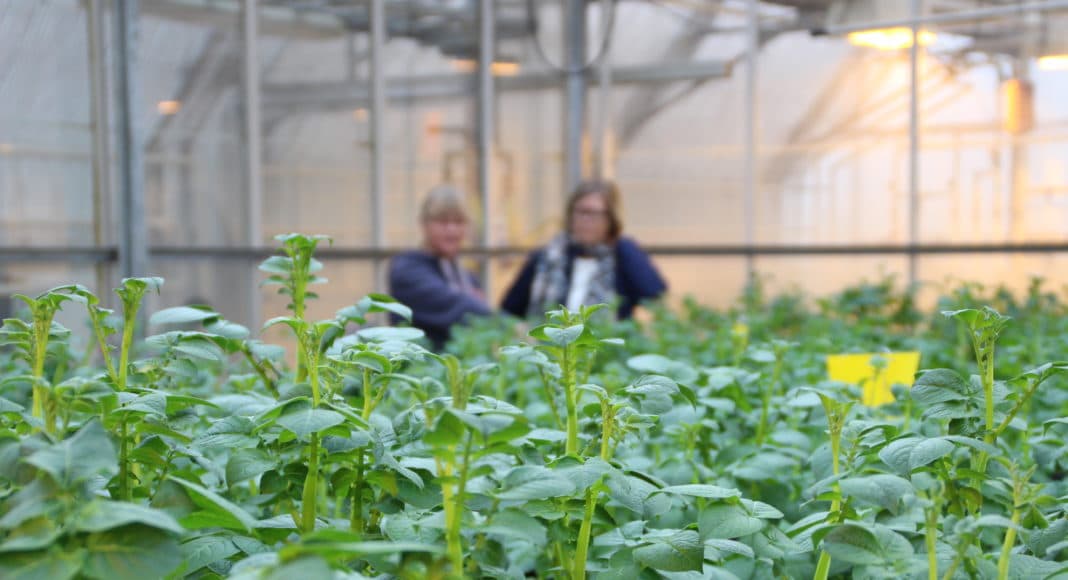 Cultivated potato (Solanum tuberosum) is a tough nut to crack in terms of plant breeding. It is a tetraploid crop, which means it has four sets of chromosomes and it is largely a heterozygous crop, which makes potato research and breeding through traditional crossbreeding a huge challenge. But help is on the way: by specific applications of genome editing, one or a few traits can be added to a commercial potato variety, hence the time-consuming and costly crossbreeding can be avoided. In recent years, genome editing through either TALEN or CRISPR‐Cas9 has been used to study and develop commercially important traits in potato and these are traits which would otherwise be very difficult and time consuming to include through traditional breeding technologies.

Now, before we go into the benefits, first this: regular potato starch contains two types of molecules: amylopectin (approx. 80 per cent) and amylose (approx. 20 per cent). And it is the mix of these two and the resulting problems of starch retrogradation, that blocks optimal utilization of these two different polymers. Till now, to deal with this, the native starch needs to be chemically modified.

In the Swedish CRISPR Potato Starch project, amylopectin starch potatoes were developed by eliminating the amylose formation by knocking out the sole enzyme responsible for synthesis of amylose. This was done with the help of CRISPR (Clustered regularly interspaced short palindromic repeats) and CRISPR‐associated protein‐9 (CRISPR‐Cas9). The beauty of this project is that transgene‐free genome edited plants have been produced using the technique. Obviously for potato, a system that is yielding no foreign DNA integration would clearly be the preferred method, because it would allow the plant breeder to avoid any crossbreeding of this highly heterozygous tetraploid crop, which in addition could also result in inbreeding depression.

European Seedhas reported on plant breeding innovation on many occasions in the recent past, with our tombstone cover (Oct. 2018) as a strong reminder of the dire straits we’re in as a continent. To learn more about this project, we asked Hans Berggren from the Lyckeby Starch company and Mariette Andersson from the Swedish University of Agricultural Sciences for their take on their ground-breaking achievements.

“The project is a successful project where industry and academia are collaborating to reach a sustainable production of a bulk volume renewable resource with many food and industrial applications,” says Andersson.

“The result that we achieved could also have been achieved by other plant breeding methods but would have required enormous resources and much longer time,” says Andersson. “Traditional mutagenesis has been used previously to develop an amylopectin potato. With this new method, we can instead of inducing random and multiple mutations in the crop, be spot on what we are targeting without affecting the good genetic background of the cultivar of choice” she adds.

Berggren states: “The ECJ decision is a disappointing decision that is not possible to control in real life. Given the big challenges we have with climate and a growing population it is frustrating to experience an innovation hostile environment towards agricultural development.”

Andersson agrees. “It’s time to start focusing on the traits instead of the method used to develop a crop, i.e. if the crop possess no risk for our health or the environment it should be handled in the same way as crops developed with traditional breeding are today.”

In the EU, certain political decisions can lead to a blocking of useful innovation. “In order to turn the tide, we need to continue to present facts about what we are doing and the benefits of this,” says Berggren.

The following piece is from our sister publication, Alberta Seed Guide.Three Alberta Agriculture and Forestry (AAF) research programs have been transferred to the University...
Read more
Research

Jeewan Pandey, a third-year Phd student who is researching using DNA-based markers in potato breeding has been awarded the US$10,000 2020/21 academic scholarship from...
Read more
Fall 2020

An overview of some of the latest potato research in North America presented at the Potato Association of America’s annual meeting. As the pandemic kept...
Read more