Sugar content tests allow growers to monitor sugar levels in field and in storage to keep potato crops in the best possible condition for shipping to fry and chip processors. 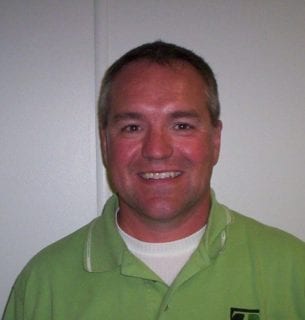 Editor’s note: This interview has been edited for length and clarity.

Spud Smart (SS): Why is knowing the sugar content of your potatoes important?

Todd Forbush (TF): We need to know what the potatoes sugar profile is in storage, how they do with bruising, and diseases. A factor that’s becoming more important as we look to transition our processing variety base is determinant versus indeterminant, or what degree of determinants that potato has. We know Russet Burbank is quite an indeterminant potato, as it sets tubers throughout its life as a plant. Whereas some of the newer varieties that are coming out are more determinant, which means they have a single set and that set matures together. As you might imagine, from a maturity point of view, potatoes that have a single set are much more predictable in terms of their sugar concentrations than potatoes that have multiple sets. Testing these tubers at five, three and one week prior to scheduled vine kill or harvest lets us know the chemical maturity of the crop going into storage. This information is a game changer in terms of storage strategy.

Hal Reed (HR): All of our contracts, at least in Western Canada, are base contracts, which is fine. But it’s your bonuses that are going to make you your money. How is our gravity? How are our colours? These are kind of the things that will give you the bonus. And it’s just too valuable not to keep a handle on those kinds of things.

SS: Why is stress important in regard to sugar tests?

HR: It’s really hard to just say these are my potato fields and treat them all the same. It’s more specific than that. Of course, field selection is super critical as far as slope and the quality of the soil is concerned — is this soil so heavy that it’s going to be a disaster to try to dig it? These kinds of things all come into play. Irrigation is also key. I had one fellow telling me, ‘You know I’m growing potatoes, not fish’ because he was putting so much water on these fields. So again, this is all stuff that you generally already know… Weather being a wild card is something that’s really hard to manage. Disease control is also vital… So, again, it’s a management thing on how do we give that potato plant the least amount of stress based on control.

TF: To try and get an understanding of how successful this storage might be based on how that growing season — how the variety, the soil, the cultural practices and the weather — how those kind of came together to get us genetic expression of what we know to be this potato. We need to know if that crop is immature, or if it’s over mature? Both have very different needs in storage. And we need to remember that stress compounds these variables that are added into the equation. Specifically, heavy rains, where we could have some issues where potatoes are underwater for some time, and how that impacts their transitions. Wet potatoes never store well… When it comes to sugars and maturity, drought stress is major. So, if you’ve had issues with irrigation, don’t just write those off and say, ‘Well, that’s over with and done.’ Drought stress or irrigation failure can really cost you some quality. These are all important variables to keep in mind when interpreting potato maturity based on sugar analysis.

SS: How do you read a sugar report? Sugar test sample example PDF

TF: Along the header you see that these are Russet Burbank potatoes. On the first graph we see sucrose begins at about 2.4 — very high. And over the period of time that we’re looking at here, which is November through January, we can see that the potato sucrose has basically been cut by 50 per cent. The glucose on the other hand has stayed very stable and very high — .5. On this report the potatoes quality was mostly threes and fours on the Munsell color scale. We can see on the lower graph, no zeros and ones. If this were a report for chipping potatoes the quality data we would look at would be undesirable colour, internal colour, and total defects. So those are the pieces. We’ll break the fries down in zeros and ones, twos and threes and fours. These graphs show regional trends based on variety. The purple line would be the minimum, blue is the average, and green the maximum. We track bin temperature throughout the storage season along with the percent change in quality and sugar data since the previous sample.

SS: How do sugar ratings change with the maturity of plants?

TF: We might not hit what I would call tuber adolescence to get sugars to the point where we need to be to actually store well at our standard practices. So, we need to watch out for what we might call juvenile potatoes. Those are potatoes with sucrose ratings around 2.0. Those do occur sometimes when we have a little later planting, or we have a cool summer where we don’t really get finished off. We then move into the adolescent phase. These are potatoes that can be conditioned, with sucrose ratings from about 1.75 to about 1.25. These might require some preconditioning, some warmer temperatures early on, depending on the utilization of the crop and when we want to bring it to the factory.

TF: If we’ve got a lot of sucrose, it’s going to take a lot of respiration to get rid of that because it has to go through invertase to get glucose in and out. And invertase activity is regulated by respiration rate. So, the higher the respiration rate, the higher this conversion, and the higher the supply of glucose is… In the fall, when the outside temperature drops and the soil temperature drops, that potato needs to survive. Its goal is to reproduce. And so, if it gets to the point where it’s starting to get close to freezing in that 28 F to 29 F range, the sugars start to come forward. And even when you get below 40 F in the soil, we get elevated sugar concentrations. The reason that sugar concentration elevates is to increase the amount of soluble solids in the plant solution — such that will drop its freezing temperature, just like road salt or other things put on the roads helps drop the freezing point of the water so that we can melt the ice — similar case with a potato, it’s trying to survive, so it needs more soluble solids.

French fry processing potatoes which were warmed up to reduce sugar levels and make them suitable for shipping. Photo: Techmark, Inc.

SS: How can storage temperature be used to change sugar ratings?

HR: When we put these potatoes into storage and started warming them up, they weren’t looking the best. Even the processor was to the point of saying, ‘We don’t know if we have a place for them’ and ‘What are we going to do with them?’ So, it was a little discouraging. When you look at the sucrose at basically 1.9 and glucose at .6… we had mostly fours in there, they were ugly. And so, the question became is what do we do with them? And part of the thing that helped us with was our pre-harvest sampling to say we know that we started in the ground with a relatively mature potato, and this is all stress related. We started here on Nov. 26, taking samples and we took 200 pounds of this particular bin and I put it in our shop and started just warming it up… We were trying to see if we can learn something by warming it up over the next six weeks… Is it still possible to bring them around? This is what we started with, and this is what we ended with. Because we started in the field with a mature potato, I felt quite comfortable, I didn’t think we could get them this good though. But they turned out very well. If you look now our sucrose down a .78, it cut drastically down and our glucose a .131… But you also see we kept them over 60 F for most of that time during this experiment.

For more information on sugar sampling watch our latest webinar about it.