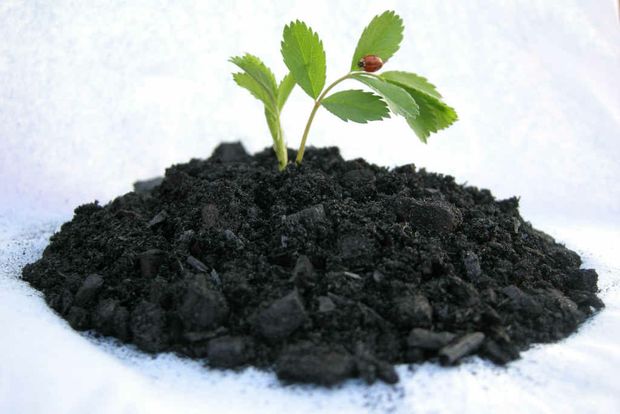 [deck]Adding biochar to soil can reduce yield in potatoes – particularly if the soil is deficient in phosphorus and water.[/deck]

However, if you are a potato farmer, your joy may be short-lived. Biochar and potatoes do not go very well together – at least not if you are aiming at saving water, according to results from Aarhus University in Denmark.

During her PhD studies, Caixia Liu from the Department of Agroecology, Aarhus University, investigated the effect of adding biochar produced from wood on potato growth, yield, nutrient uptake and water utilization when three other factors were also taken into consideration: irrigation methods, phosphorus fertilization and inoculation with a certain class of beneficial fungi. The aim was to investigate the interactions between biochar and the fungi on the growth of potatoes.

Biochar and AM-fungi do not go well together

Potatoes are rather sensitive to drought and phosphorus deficiency because of their relatively small root system. It would be easy to merely irrigate and fertilize in plentiful amounts, but since both phosphorus and water are limited resources it is important to use them optimally.

Earlier studies at Aarhus University have shown that much water can be saved by irrigating alternately on each side of the potato ridge and letting the other side remain dry – the so-called alternating partial root zone drying irrigation.

It is also possible to save phosphorus. In the course of her PhD studies, Caixia Liu found that inoculation of potatoes with a certain type of beneficial fungi – arbuscular mycorrhizal fungi (AM fungi) can improve potatoes’ utilization of phosphorus, make utilization of water more efficient, and increase potato yield in crops that are stressed due to drought or phosphorus deficiency.

The question was what happens when you combine biochar and inoculation with AM fungi. Would there be a double win? The answer was no.

Caixia Liu carried a series of studies with various combinations of irrigation (either full irrigation or alternating partial root zone dehydration), phosphorus fertilization (none or 0.11 mg P/g soil), inoculation with AM fungi (inoculation or no inoculation) and addition of biochar (addition or no addition).

Biochar inhibited the growth of potatoes

If the crop is irrigated fully, the soil is given no phosphorus at all, and the potatoes are not inoculated with AM fungi, then addition of biochar can increase potato yield. This was the only case in the studies; in all other cases, addition of biochar to the soil had the opposite effect.

The negative effect on potato growth was especially pronounced when phosphorus was added, alternating partial root zone drying irrigation was used, and the potatoes were inoculated with AM fungi. Addition of biochar inhibited the growth and vigour of young potato plants – some of the young potato plants even died.

I would recommend that the farmer refrains from adding biochar produced on the basis of wood to an AM system, where the soil has been fertilized with phosphorus or if the soil is prone to drought. Biochar remains in the soil for a long time so there is no going back, says Caixia Liu.