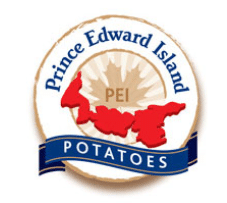 The Prince Edward Island Potato Board has a new executive as a result of its November 20 Board of Directors meeting.

The board is pleased to announce that Jason Hayden will continue in the role of Chairman.  Jason has been on the Potato Board for five years serving as the Tablestock Director for the Charlottetown District. He farms with his family in Pownal where they grow and pack fresh potatoes. Jason served as Chair in 2018-2019 and Vice-Chair in 2017-2018.

The new Vice Chairman of the Board is Wayne Townshend of Fortune Bridge. Wayne and his family own and operate Townspud Inc. Wayne represents the Seed sector for the Montague/Souris District.

John Hogg from Summerside will continue in the role of Secretary-Treasurer. John and his family own and operate Klondike Farms.  John represents the Processing sector for the Summerside District.

The Prince Edward Island Potato Board represents Island potato farmers and assists in growing the markets for PEI Potatoes locally, nationally, and internationally. The Board supports the production of high quality potatoes in an environmentally responsible manner, and is funding and conducting research in the areas of soil health, pest and disease management, quality and yield. Directors are elected to represent four districts across the province, and each district is represented by a seed grower, a tablestock grower and a processing grower. Directors serve three year terms and are eligible for re-election to serve a second three year term. The directors serving on the PEI Potato Board are all from family farms with a heritage of growing potatoes and other crops for many years.