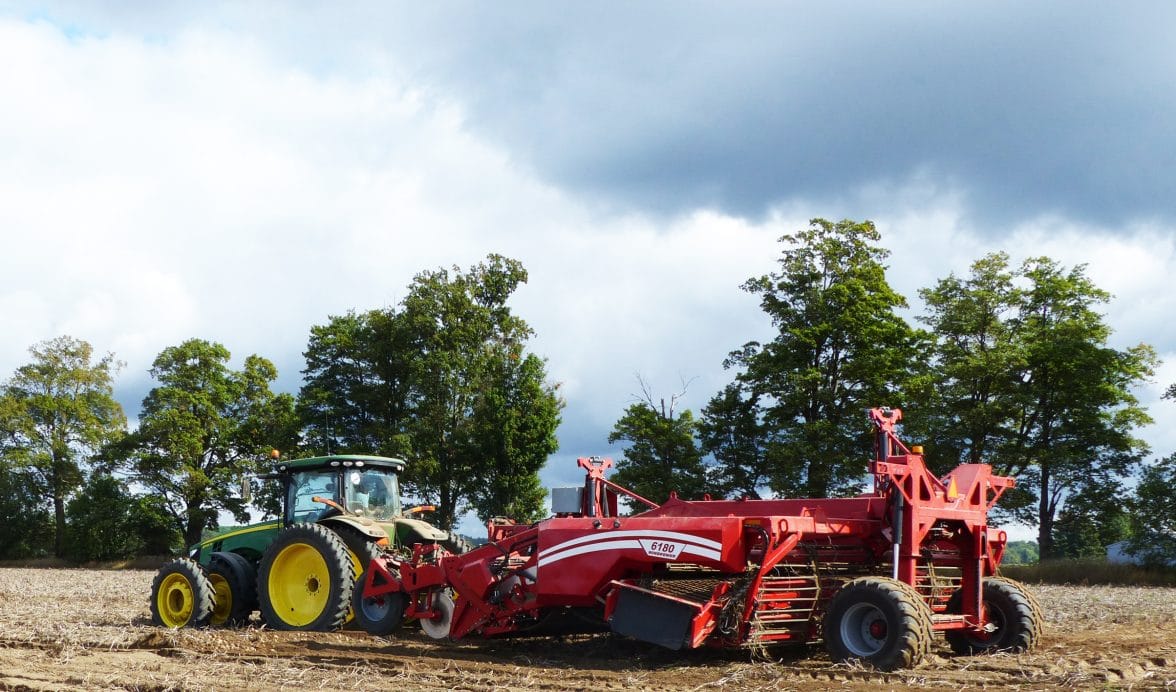 On Sept. 24, I dug an on-farm variety trial in one of HJ Vanderzaag fields near Alliston.  Although the new varieties were very interesting, I could not keep my eyes off the 8-row Spudnik windrower that Garrett, Homer’s son, was operating very skillfully. This fantastic, folding windrower was digging eight rows and picking up another six rows of windrowed potatoes, 14 rows in total. 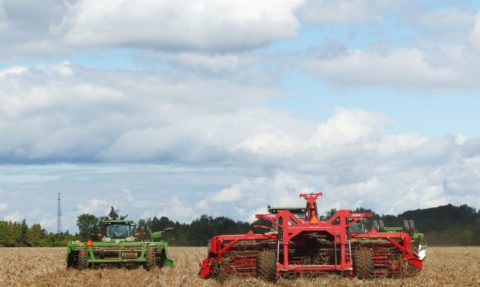 The Lamokas being harvested had good size; the potato trucks were coming and going to take them to the storage. It was a perfect harvest day!

The yields in the variety trial were pretty good. Timely irrigation during the entire season avoided crop stress. The yield of Colomba, the standard yellow variety, was 650 cwt!  The variety Alliston was also high yielding, but not as high as Colomba.