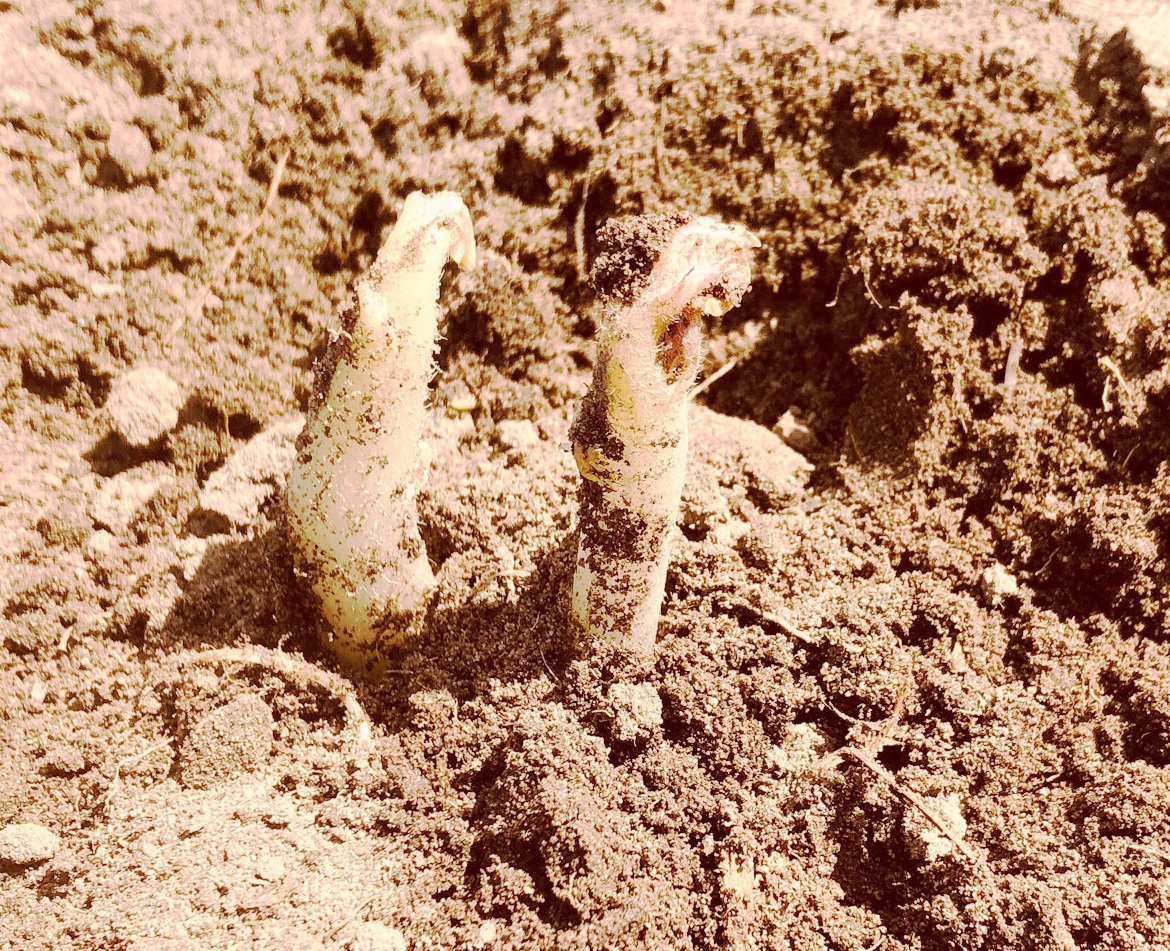 After the cold, rainy weather that prevailed through April and up to mid-May, spring seems to have arrived.  Warmer weather has allowed growers to get planting as fields dry up.  According to Mark VanOostrum, the processing crop is about 15 days behind: 60 per cent of the field-fry crop is in the ground, but only 20 per cent of the storage crop is planted.

In general, planting for the fresh-market crop is also behind, but it varies a lot in different areas.  Some growers are done, others are one-third to a half done, and some don’t expect to finish planting until the beginning of June.

Joe Lach (Simcoe-Delhi area) expects to finish planting—weather permitting—this coming week.  He has fields where the crop is emerging, but “it will be hard to get in to hill them,” he says.

Bert Tupling estimates that only 10 per cent of the crop in the Shelburne-Melancthon area is planted. It is too wet and cold there. Bert said, “It is too wet to even pick up stones.”

He could remember a cold, wet spring in the 1980s when only a few acres were planted in May.  This was followed by two weeks of perfect weather, and growers were able to finish planting.  The crop caught up eventually, and potato quality was pretty good at harvest.  It is good to remember what has happened in the past under similar weather patterns.

Chris Mulders, a potato and asparagus producer near Bowmanville, sent photos from a field of Envols.  Both the sprouts and roots from the seed tubers look healthy and vigorous. Chris and his brother Nick strive to produce a good quality potato crop, and they are successful in doing that. 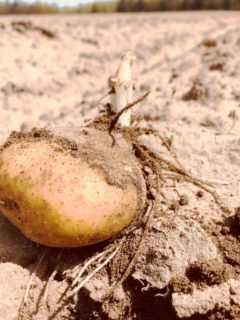