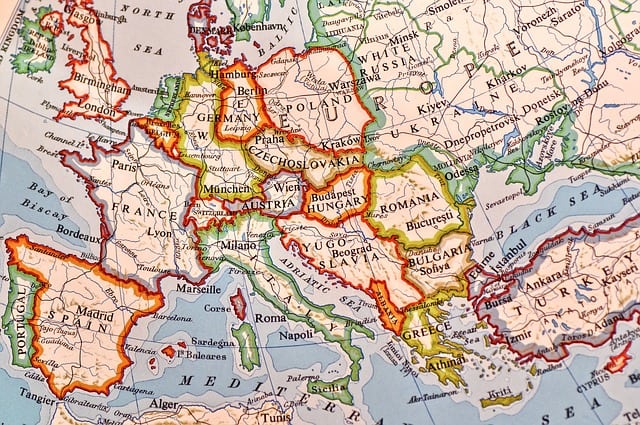 In July, although the area in the five largest Northwestern potato countries increased 2.2 per cent towards 611,190 ha — a record — the NEPG (North-Western European Potato Growers) is not convinced they are heading for average yields.

The condition of the crop is good, however, in almost all NEPG-growing areas, drought and water levels are the biggest concern for the growers.

The condition of the crop is good, however, in almost all NEPG-growing areas, drought and water levels are the biggest concern for the growers.
Click To Tweet

With the exception of Great Britain, all countries increased their consumption potato area. Germany was at the top with 3.6 per cent area growth. Here the largest growth was in Lower Saxony. In Great Britain, the availability of good seed potatoes changed the expected trend for more area, with seed prices and the previous season’s challenging conditions also contributing.

The planting started on time and under good conditions, however, the first growing weeks were too cold.

The actual crop conditions are good; however, rain, ground water levels, heat and irrigation capacity are the main topics. Belgium, especially, has a very low degree of irrigation — only 3 to 4 per cent of the potato area is under irrigation.

This week the main liftings for early processing have started as the factories are hungry for the new crop. The first indications show average yields in Germany and higher than average for the Belgium early processing varieties. Belgium trial digs show 38 to/ha without irrigation and the German early processing, mainly irrigated, reports 42 to/ha average. But, with the drought, first indication is that the first harvested potatoes (the best ones, planted first) could be the ones with the best yields. (Other fields are bulking less because of the dry conditions!)

Not only the growers, but also the Potato Future market indicates fear that the five countries do not make the average yield.

The NEPG stresses that in August and September most of the kilos are made and still average yields are feasible, however, it all depends upon rain in the coming three weeks. If there is no serious rain it seems unrealistic to calculate with an average yield this year.

The supply season to the factories has started and the industry is heading for a long supply season, asking for eight to 10 per cent more raw material.

Blight is lower due to the existing dry weather conditions. The Netherlands, Belgium and Northern France report Colorado potato beetles. 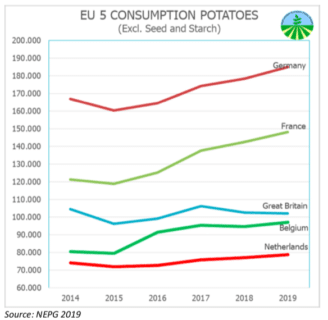