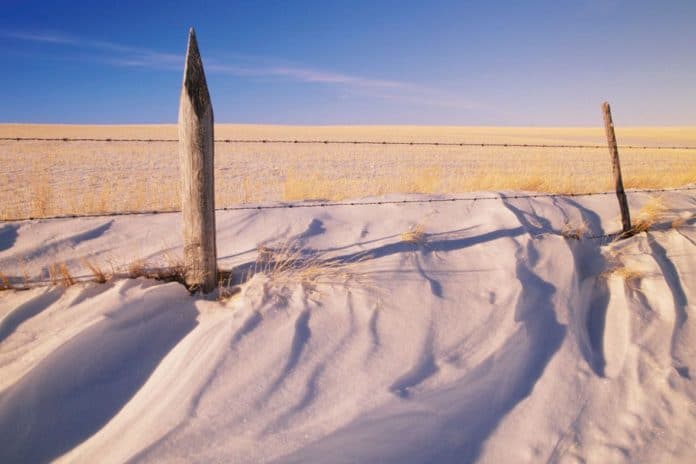 [deck]Researchers at Agriculture and Agri-Food Canada’s Potato Research Centre have learned microbial activity continues in the soil long after the snow flies — important information that could eventually change the way farmers apply fertilizer in their fields.[/deck]

In recognition of the profound importance of soil for human life, the United Nations has named 2015 as the International Year of the Soils.

Agriculture and Agri-Food Canada supports this and another UN initiative, World Soil Day, which took place Dec. 5, 2014. With the benefit of new funding from the government’s Growing Forward 2 program, AAFC researchers are investigating biological processes in the soil in an effort to identify better ways to utilize essential nutrients required for plant growth.

Claudia Goyer is among those involved in the research. The molecular biologist at the AAFC’s Potato Research Centre in Fredericton, N.B., is co-leading a national study along with Martin Chantigny, a fellow AAFC scientist in Quebec who specializes in soil biochemistry and nutrient cycling. Their research indicates biological activity in the soil continues throughout the winter, even at temperatures well below freezing.

“People think there is nothing going on in the soil during the winter but that’s not true,” says Goyer, adding that up to 70 per cent of the nitrous oxide gases from the natural breakdown of plant material, fertilizers and manure by microorganisms can occur throughout the winter in farmers’ fields.

Nitrous oxide is considered one of the greenhouse gases contributing to climate change. According to Goyer, improving agricultural practices to reduce nitrous oxide emissions not only combats global warming, but generally results in reduction of nitrogen losses through leaching that can benefit producers by keeping more nitrogen available in the soil for plant growth.

AAFC scientists in New Brunswick, Quebec, Alberta and British Columbia are exploring a variety of agricultural practices that could help reduce nutrient losses over the winter and increase nutrient use efficiency, providing sustainable, economically and ecologically viable farming models to agricultural producers.

Goyer’s research in New Brunswick involves potato and barley crops and focuses on the impact of snow depth on nitrous oxide emissions.

“Snow is an insulator that basically protects the soil [and] warms it up. If we continue to get warmer atmospheric temperatures, we‘ll have less snow, and that means … we actually get colder soil,” says Goyer, whose research goal is to determine the impact of colder soil on the microbial communities that are responsible for nitrous oxide emissions.

To answer that question, Goyer and her team are continuing their research from last winter and are studying nitrous oxide emissions from a number of test plots with different amounts of snow depths. Goyer says the results aren’t conclusive yet, but there are signs that colder soils that have less snow cover over winter produce fewer emissions as a result.

An AAFC press release states these kinds of soil studies could ultimately benefit farmers by helping to determine the best timing for applying nutrients before winter. Researchers are also looking into whether there are effective additives that could reduce nitrogen and phosphorous losses after manures and fertilizers are applied in the fall.

“Modern science-based agriculture has the potential to produce more food, fuel and fibre from existing cropped areas,” Thoroughgood adds. “Research such as this builds on the 4R nutrient stewardship model, which helps farmers better manage their nutrients from both an economic and environmental perspective. These findings are a good reminder that soil processes are far more complicated than we realize and emphasize the need for continued research and stewardship of Canada’s soil resource.”

Goyer says it’s important to raise public awareness about the fundamental roles of soil in our daily lives. Without healthy soils and their ability to cycle vital plant nutrients, the capacity of farmers to grow enough potatoes and other essential crops to feed the planet is diminished.

“I think most people don’t even think about soil, but it’s an essential part of our world,” Goyer says. “We all need to eat, and soil is the matrix that we grow potatoes on.”