The Next Level of Weed Control 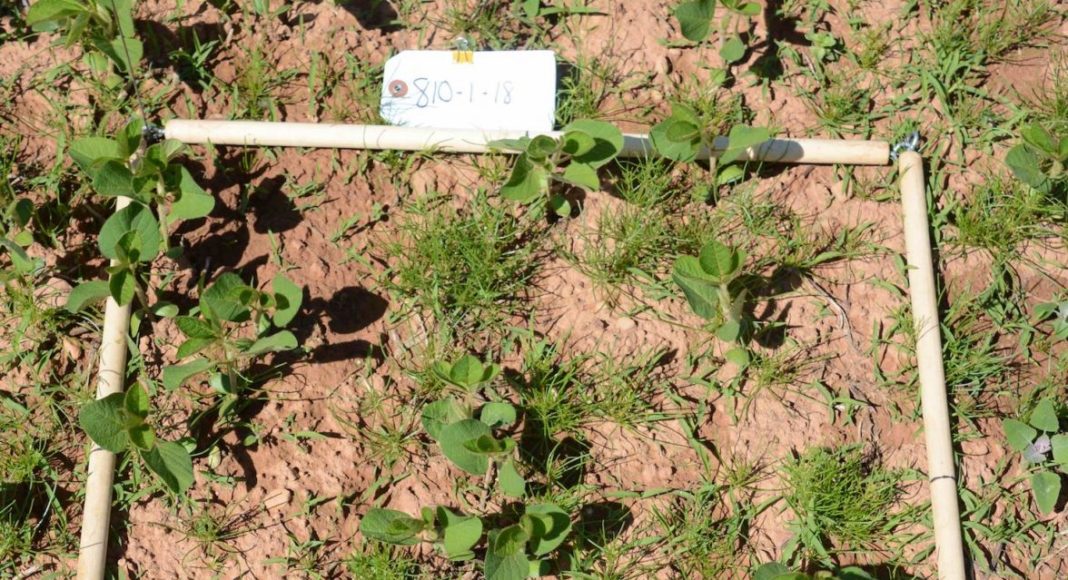 As anyone in the ag sector well knows, new technologies are quickly revolutionizing farming, automating processes in major ways to make them more efficient, less costly and more environmentally-friendly.

Weed control is one of those processes. Several companies and academic groups around the world have developed systems that enable more precise herbicide application through taking large numbers of images of a field using cameras on drones. The images are then amalgamated together and analyzed for weed presence using cloud computing power. The resulting “prescription” map is fed into a tractor’s precision ag software, and consequently, herbicide is only applied to the weedy areas. The efficiency and accuracy of these systems are being improved as we speak, and some developers claim they are already cost effective.

However, what if the process of distinguishing between crop plants and weeds could be made much simpler and more direct, removing the steps of taking many images by drone and having to employ huge amounts of computing power to make a map? What if a system could be created that distinguishes crop plants from weeds in real time as it travels through the field, allowing the sprayer to activate only when detected non-crop plant material (weeds) exceeds a given threshold? Agriculture and Agri-Food Canada (Charlottetown) scientist Dr. Andrew McKenzie-Gopsill and Dr. Aitazaz Farooque, assistant professor at the University of PEI’s School of Sustainable Design Engineering, are in the process of exploring sensing and control options to develop this revolutionary technology.

The idea of real-time weed detection was presented to McKenzie-Gopsill at a precision ag symposium in the U.S. a couple of years ago.

“There was a session on a mechanical weeding system in tomato fields that can cut off anything identified as not being a tomato plant,” he says. “It interested me and then I got talking to Aitazaz, who has been part of a team that has developed precision agriculture technologies for wild blueberry cropping systems. We decided to develop new sensing and control systems (hardware and software) to recognize potatoes and soybeans for a start. Most research groups and companies are focused on the drone strategy. We started crop image collection in early 2017 and we hope to have working prototype in two to three years.”

This is how the system works. Cameras housed on a sprayer boom scan the field as the boom moves along, feeding visual information to a software program in an onboard computer. At the same time, ultrasonic sensors on the boom add information on plant heights and tall weeds. The software integrates the weed and visual information to turn the sprayer (or parts of it) on and off.

McKenzie-Gopsill and Farooque foresee that the system will come with recommended thresholds. The system will also be able to generate a map of what areas were sprayed when and keep data from previous years for a given farm.

“It will be useful in potatoes, conventional soybeans and in situations of low weed pressure in Roundup Ready soybeans,” McKenzie-Gopsill notes. “Also, it could be used for spot spraying on weeds showing resistance to multiple modes of action – you could use a product that might also kill your crop, for example glyphosate in a non-glyphosate-resistant crop.”

One of the two main challenges in the creation of this technology is the same challenge being aggressively pursued by a large number of academic and private groups around the world: machine learning and computer visioning. This means development of software that enables a camera/sensor/computer system to recognize, for example, the orientation of many widgets in a bin so that a robotic “picking” tool can orient itself at the correct angle to pick up a widget at an efficient pace and fasten it to another widget on an assembly line. The software must “learn” to both process visual information and to correctly act on it.

In the case of distinguishing between a crop plant and anything else, the software being developed by Farooque must be “trained” to recognize a crop plant in all kinds of conditions, cloudy, sunny and windy, with different sun angles at various times of day – with a resulting range of leaf angles, from full-on to completely folded over.

“For us human beings, it’s easy to determine what is a soybean plant and what is not, but for a computer, it’s not so easy,” explains McKenzie-Gopsill. “We have to provide the system with a huge database of tens of thousands of images, which is going to take multiple years of data collection, which is the other main challenge. We also want to have the computing power requirement as low as possible, so Aitazaz is working to have the program focus in on maybe four crop plant characteristics, such as leaf colour, shape and texture. But the whole system has to work quickly enough so that you can spray your field at the usual speed.”

McKenzie-Gopsill adds it’s particularly hard for a computer to identify a weed that’s close in appearance to the crop plant as the crop plant itself, such as nightshade weed species and potatoes, or grass weeds and cereals.

Farooque reiterates the task is complex and would require few years. While he says his experience in precision agriculture for wild blueberries will help bring this innovative system to reality, the sensing and control system (hardware and software) must basically be developed from scratch.

In McKenzie-Gopsill’s view, how much money the system could save a farmer is directly proportional to weed pressure.

“If it’s not too high, and you can make the amount of spray you would have used in blanket fashion on one acre to control weeds effectively over 10 acres, that’s a significant savings,” he says. “If you have high weed pressure, you won’t be doing spot spraying using our system because you’ll want blanket herbicide coverage. The cost savings also depend on the cost of the herbicide.”

He believes that on a large conventional soybean farm or potato farm, initial equipment costs of around $20,000 could be recouped over a couple of years.

Both McKenzie-Gopsill and Farooque are very excited about this technology and what a difference it can make for farmers.

“At this stage, we need more staff for data collection,” says McKenzie-Gopsill. “Hopefully we will get sufficient funding for lots of data collection in 2018.”