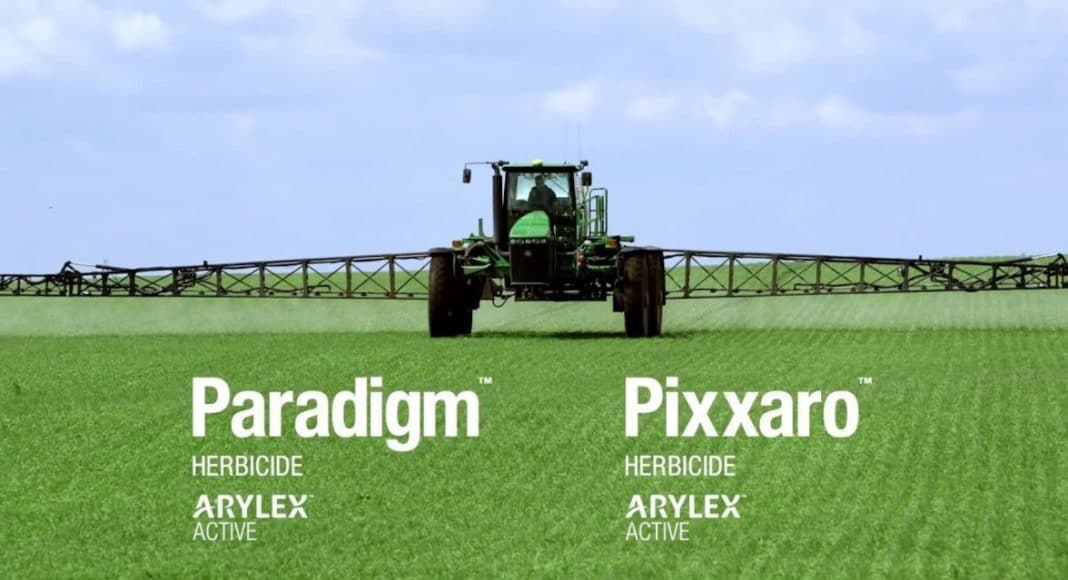 Western Canadian growers looking to rotate process and table potatoes on fields previously treated with broadleaf weed herbicides, Paradigm and Pixxaro, can now plant a minimum of 10 months after using either of the herbicides.

Fields previously treated with Paradigm or Pixxaro can be seeded after a minimum of 10 months to a variety of crops. Which crops can be seeded depends on the herbicide, but both include: spring wheat, spring barley, canola, mustard, soybeans, oats and sunflowers.

According to Dow AgroSciences, Paradigm provides excellent control of common broadleaf weeds. Pixxaro will control many of the toughest broadleaf weeds including kochia.

Potato Use of Clothianidin and Thiamethoxam Restricted