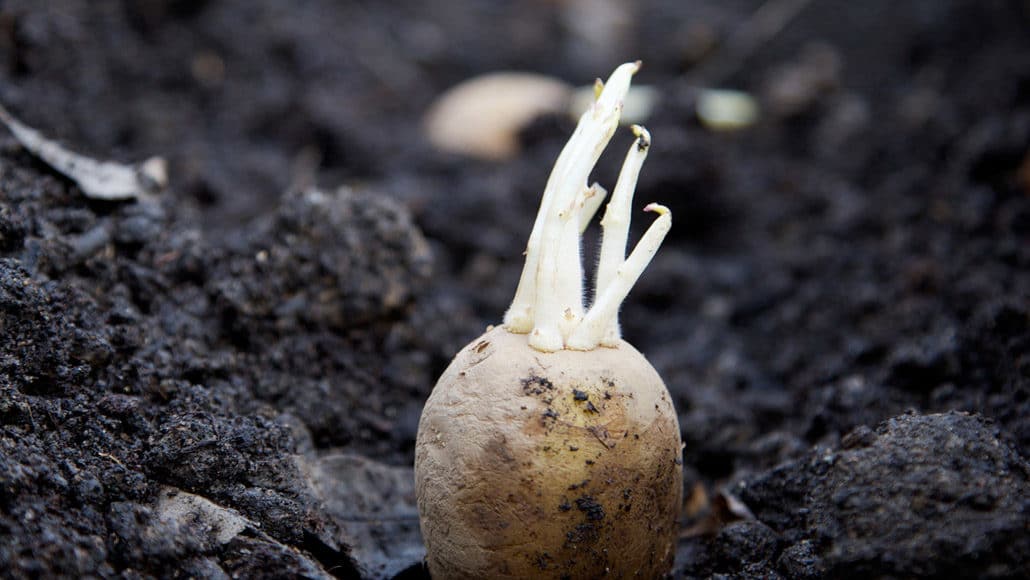 The following piece is from our sister publication, Germination.

After delays caused by the pandemic, the process of modernizing Canada’s seed regulations has officially begun.

After the regulatory modernization process was paused earlier this year due to the COVID-19 pandemic, the SRMWG held its first meeting in September and the process has officially started to bring Canada’s seed regulations into the 21st century.

“We’re ready to work with our stakeholders and we’re really hopeful as we look forward to next year. We’re excited about opportunities to modernize the seed system and take it into the future and support Canadian agriculture in the years to come,” says Wendy Jahn, national manager of the Canadian Food Inspection Agency (CFIA) Seed Section, which will be working with seed industry stakeholders to modernize the seed regulations.

The Seeds Regulations regulate seeds and seed potatoes in Canada that are sold, imported, or exported, as well as seeds released into the environment. Seeds and seed potatoes must meet established standards for quality and be labelled so they are properly represented in the marketplace. Varieties of most major agricultural field crops must be registered prior to import or sale of seed.

“Our seed regulations have been in existence for a long time. We’ve made a number of amendments over the years. When you make amendment, it tends to be on a specific part of a regulation. It helps to keep them modern and increase flexibility, but the problem of doing one-off regulatory amendments is you never step back and take a holistic look at the entirety of the regulations,” Jahn says.

Like a harvester that’s gone through a multitude of repairs over the years, eventually it has to be scrapped and a new harvester purchased. According to Jahn, there comes a point where a regulatory framework must be evaluated and modernized. Other industries have already gone through the process, like Canada’s fertilizer sector, Jahn adds.

“It’s a once-in-a-generation opportunity to take a holistic look and make a multitude of changes at the same time and ensure the regulations are a fit for today’s industry.”

Opportunities for modernization are many. One major tweak is to have the regulations refer to or link to outside documents, standards and procedures. That way they can be easily updated, to keep up with scientific developments and industry best practices without needing to amend the regulations. This is also known as “incorporation by reference”.

A good example is the Canadian Regulations and Procedures for Pedigreed Seed Crop Production, commonly referred to as Circular 6, which sets out the requirements that a seed grower and a seed crop must meet for seed crop certification.

“One of the big modernizations that should be considered is taking over the training of the inspectors. It’s always been a challenge for the CFIA to supply that service. It’s quite archaic the way it’s done now, relying on them to be responsible for that. The process could be more efficient and less costly if done online,” says Gordon Butcher, chair of Canada’s Authorized Seed Crop Inspection Services (ACSIS) Association, which is part of the SRMWG.

“This has been brought to the forefront during COVID-19 — we had no training available for 35 new inspectors. It puts pressure on us to cover our bases this year in terms of training. I think regulatory modernization might help us make it better.”

It was anticipated these proposed amendments would be pre-published in the Canada Gazette Part I in fall of 2021. However, due to delays caused by the pandemic, Feulner says that timelines may be extended into 2022.

“The timelines we have discussed need to be flexible — it’ a big task.  We need to give the process its due course,” Jahn adds.

“Government wants to engage with seed and seed potato stakeholders early and throughout the process,” Jahn says.

Furthermore, the working group will assign task teams which will take a deep dive into the regulatory framework in order to come up with options for change, and these teams will include additional members outside the working group, she adds.

“We will have additional stakeholder input into the development of regulatory amendment options. We’re also going to have broad-based stakeholder engagement early in the process and plan to reach out to individuals and entities interested in the regulation of seed.”

Consultations will begin over the winter with a survey to be circulated among industry stakeholder groups.

“The survey will ask what the benefits of the current seed system are, opportunities for change, what issues need to be addressed in doing so, what the comfort level is with further industry delivery of regulatory services,” Jahn says.

But that won’t be the only broad-based stakeholder engagement. When the task teams have done their work, there will be a second broad-based engagement on options recommended for changes to the regulations, according to Claudio Feulner, manager of regulatory affairs and trade for the Canadian Seed Trade Association (CSTA).

“The [SRMWG] serves to kickstart all that. It’s our way to consult in the development of the regulations and take us to the point where we know what we want to propose and then consult again,” Jahn says.

FACT: The attempt to create a national seed organization is not a part of the seed regulatory modernization process. “Amalgamation of seed industry organizations isn’t necessary for seed regulatory modernization. If amalgamation of any combination proceeds, the new organization will fit into the process just as other stakeholders will,” says Wendy Jahn, national manager of the Canadian Food Inspection Agency (CFIA) Seed Section.

MYTH: Value creation is a part of seed regulatory modernization.

FACT: Value creation — an attempt to bolster investment in improved seed genetics via a seed royalty mechanism — is unrelated to regulatory modernization. A Variety Use Agreement (VUA) Pilot Program is currently underway and is designed to test how a trailing seed royalty system would work in practice.

P.E.I. Potato Growers Get Access to More Water for Irrigation

When is a Novel Food Novel? That Question is Finally Being Answered