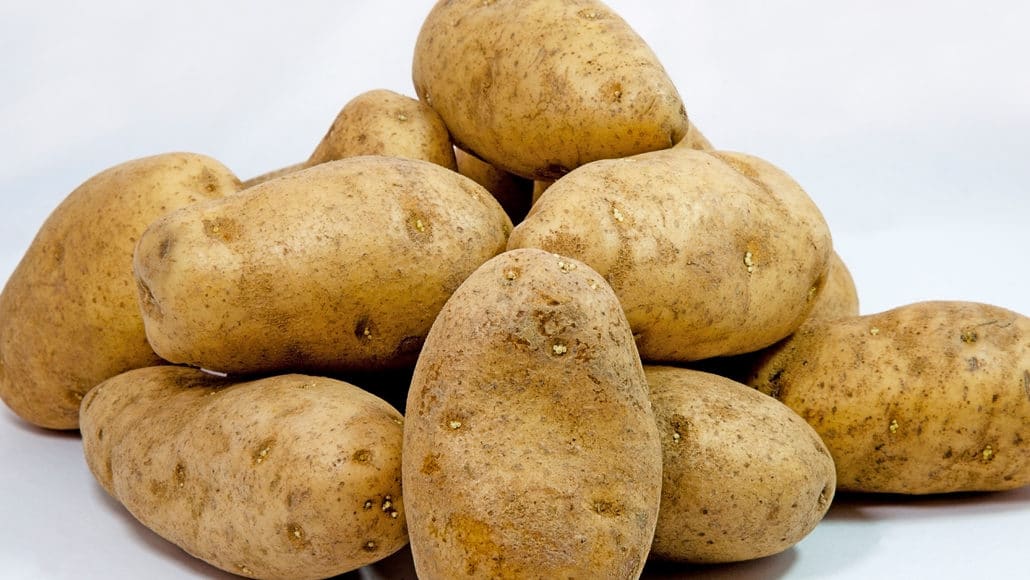 [deck]Total potato storage holdings were up just over three per cent on June 1 compared to the year before, largely due to processing plant expansions that require increased stocks.[/deck]

Canada’s potato storage holdings as of June 1 were up 3.1 per cent — or just over 575,000 hundredweight — from the year before, according to figures from the United Potato Growers of Canada (UPGC).

The bulk of this increase is on the processing side, with total storage holdings in this category showing a year-to-year increase of 10.6 per cent.

According to Kevin MacIsaac, UPGC general manager, this is a reflection of increased production as growers adapt to processing plant expansions in Western Canada.

“The additional 1.5 million hundredweight of potatoes available for processing will be needed to keep french fry plants running until new crop comes on,” MacIsaac says.

The majority of this increase is in Alberta, where process potato stocks were up almost 69 per cent on June 1 from the previous year.

According to MacIsaac, some of Alberta’s surplus spuds have made their way to P.E.I. this year, with a large volume of potatoes being shipped to processing plants on the Island to help make up for a shortfall there.

MacIsaac notes the situation in Alberta contributed to significant east-west differences in the storage holdings figures. Stocks in Western Canada were up 19 per cent while in Eastern Canada they were down 7.5 per cent.

The total fresh holdings on June 1 were down more than 20 per cent compared to the year before. MacIsaac says fewer spuds in storage in Canada’s largest potato-producing province was a big reason why.

“P.E.I. is the big player in terms of the fresh industry, and they have less than half as much table stock [in storage] as they had a year ago,” he notes.

There was also a sharp decline on the seed side, with total storage holdings in Canada for this category down just over 61 per cent from the previous year. As MacIsaac points out, P.E.I. was the only province with slightly more available seed than last year.

“Overall, we would like to see seed gone by basically June 1, so we’ve got it whittled down pretty well,” he said in early June. “There are just a few areas that are still planting so that will get used up. I think we will be right on.”

MacIsaac notes the storage situation for fresh potatoes heading into summer had a positive effect on pricing. “We have seen prices moving up as the supply has gone down, because now shippers realize that the availability is not out there.”

MacIsaac maintains a late start to planting in many parts of the country caused by a chillier than normal spring as well as excessive moisture in some areas would continue to impact prices.

“We really don’t have a lot of early potatoes coming on,” he notes. “Most areas were not early in their planting this year compared to some years.
“We’re going to clean up that old crop pretty well [before] the new crop comes in. This will allow that pipeline to clean out, and that’s always a nice way to be starting your marketing year.

“The other part of this is we don’t have the pressure that we would normally have from the United States in terms of them shipping into the market at the same time. Their crop is off as well, particularly in Idaho, so it’s a nice time to be shipping potatoes right now.

Overall, MacIsaac says demand is good and prices have been moving up. “We hope to see continued improvement in prices.”

South of the border, figures released by the U.S. Department of Agriculture in June indicated storage holdings were up nine per cent from the same time the previous year.

Canada’s Potato Acres to Rise by 4.3 Per Cent: NAPM