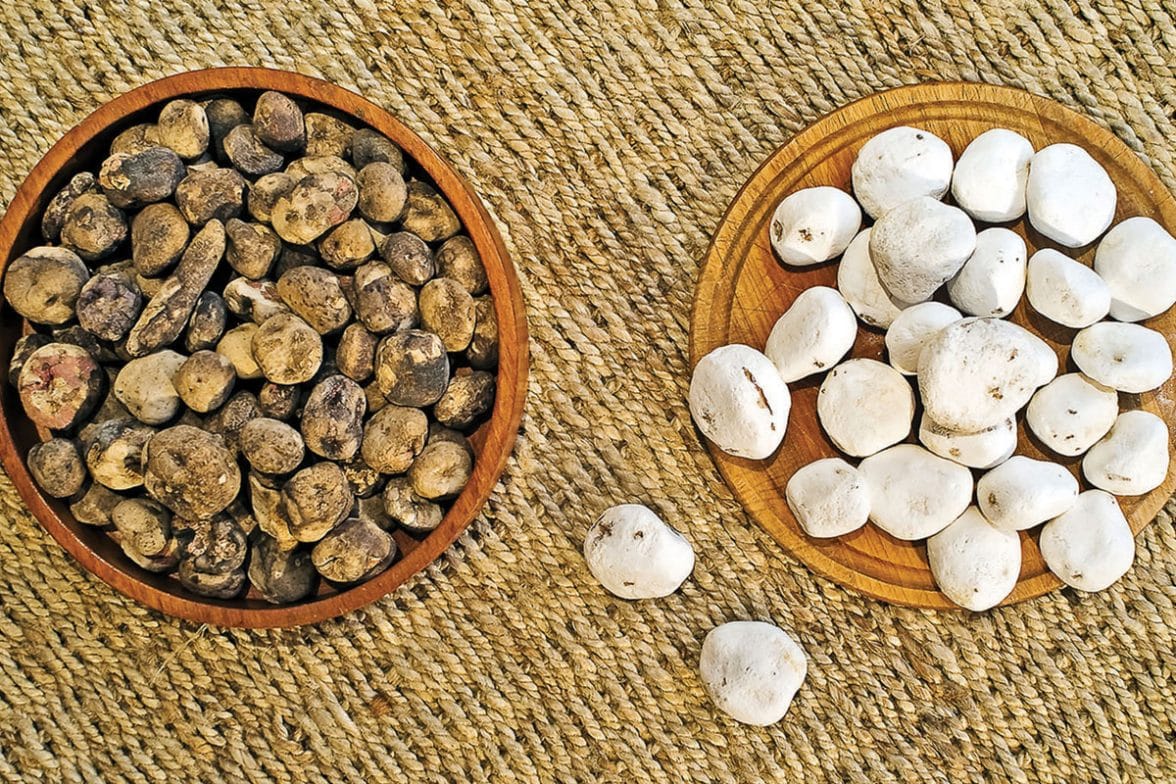 From Chuno to Vodka

Potato processing has been around for centuries, and there’s a lot more to it than making french fries and potato chips.

Fresh potato consumption, once the mainstay of world potato utilization, is decreasing in many countries, especially in developed regions. Currently, more potatoes are processed to meet rising demand from the fast food, snack and convenience food industries.

The major drivers behind this development include growing urban populations, rising incomes, changing diets and the diversification of lifestyles that leave less time for preparing fresh potatoes at home.

This shift, in turn, is affecting how cultivars are being grown. In North America especially, the rise and fall of major cultivars can, to a large extent, be attributed to market demand; cultivars which are best-suited for processing into french fries and chips are supplanting those which are not.

The oldest form of potato processing is the preparation of chuno, an ancient method of freeze-drying food that is at least 2,000 years old.

The procedure utilizes the occurrence of night-time freezing temperatures in June and July in the Andean region of South America. Tubers are exposed to freezing temperatures for three or four nights. They thaw out during the day and are then trampled by foot to remove the moisture. Afterwards, they dry out in the sun.

There are two types of chuno: chuno blanco (white) and chuno negro (black). In the preparation of chuno blanco, the tuber skins are also removed and the tubers are washed in a stream.

The chuno processing methods remove most of the glycoalkaloids (bitter tasting natural compounds which confer resistance to insects and diseases). This is an important feature because it facilitates the consumption of otherwise bitter potatoes that, because of their frost resistance, can be grown at high altitudes. Capable of being stored for a year or longer, chuno occupied a very important place in the Andean societies and made human life in the Andes above 3,800 metres possible.

Chuno was used by populations from higher altitudes to barter for products from lower elevations and could also be stored by the centrally controlled government of the Inca Empire and distributed to areas where there had been crop failures. After the Spanish conquest of the Incas, chuno was also used to feed the slaves in the silver mines of Potosi (located in what is now Bolivia).

A form of dried potatoes known as papa seca is another ancient food preservation product. It is produced by boiling and hand-peeling potatoes that are then sliced or broken into small pieces and sun-dried. It can probably be considered a forerunner of modern dehydrated potato flakes.

The history of the potato chip has been described in detail by Dirk Burhans in his interesting book Crunch! A History of the Great American Potato Chip. Legend has it that the potato chip was invented in 1853 by George Crum, a First Nations chef at an upscale restaurant in Saratoga Springs in New York state.

Fried potatoes were popular at the restaurant and one day a diner (purported to be the American railroad tycoon Cornelius Vanderbilt) complained that the fries were too thick. Although Crum made a thinner batch, the customer was still unsatisfied.

Crum finally made fries that were too thin to eat with a fork, hoping to annoy the extremely fussy customer. The customer, surprisingly enough, was happy — and potato chips were invented. Initially known as ‘Saratoga chips’, the new product spread quickly to surrounding areas.

Although it is frequently assumed that french fries originated in France, that assumption may not be true. The Belgians claim to be the first to fry potatoes in the “french manner”; there is even a french fry museum in the city of Bruges, Belgium.

In cooking terms, “to french” is to cut in long slender strips. Although the practice of deep-frying slices of potatoes was quite common in Europe as early as the 1800s, this was less so in North America until after the First World War. North American soldiers who had landed in Belgium had become fond of the potatoes fried in the french manner, and insisted on eating “french fries” at home as well.

The term “french fries” is not used in Europe. In France, they are called “pommes de terre frites” or simply “pommes frites” and in the United Kingdom, they are known as “chips.” In North America the consumption of french fries now exceeds that of fresh potatoes.

The need to feed armies during the Second World War was a great stimulus in the development and production of dehydrated potato products. Dehydrated potato flakes are primarily reconstituted as mashed potatoes and are also used in extruded chips, as ingredients in snacks and even as emergency food aid for relief purposes.

Because of its great versatility, the potato can also be processed into several other forms, many of which are for non-food purposes.

Vodka produced from grain has for many centuries been a popular alcoholic beverage in Eastern Europe (it’s interesting to note that both Poland and Russia claim to be the original home of vodka). When potatoes became more plentiful in those countries in the late 18th century, the raw product for the production of vodka was partially switched from grains to potatoes because they were cheaper. Today, potato vodka is produced in many countries including Poland and the United States.

The production of alcohol from potatoes eventually led to the development of the potato starch industry in Europe and elsewhere. Because of its high versatility, potato starch can be used by food, pharmaceutical, textile, wood, and paper industries as an adhesive, binder, texture agent, and filler, and by oil drilling firms to wash boreholes.