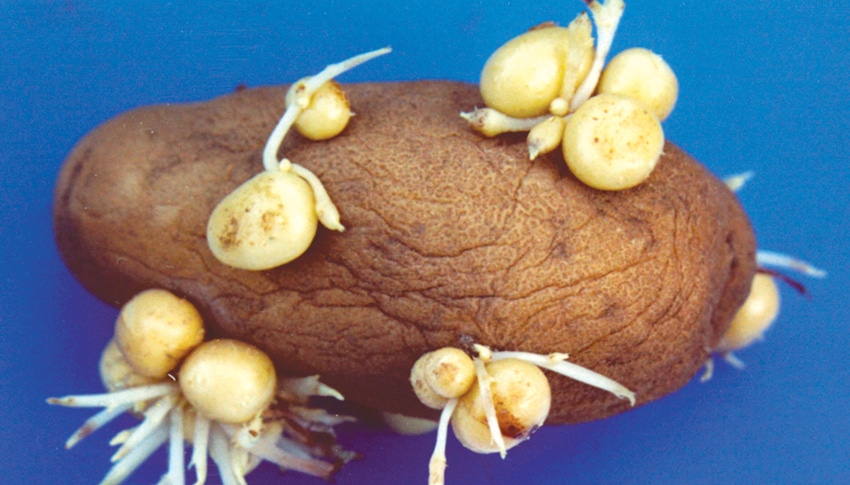 There are many factors affecting potato emergence and stand establishment. Having a checklist of factors causing poor potato emergence is a useful tool for growers. I was able to add a number of factors to that checklist thanks to contributions from experts in Ontario, Canada, and the United States.

Those potato experts include Joe Lach, Kate VanderZaag, Mark VanOostrum, Robert Coffin, Walt Quilty, Paul Van den Borre and Hossein Bagheri from Ontario, and the United States’ Steve Johnson, University of Maine; Andy Robinson, University of North Dakota & Minnesota; and Jeff Miller, Idaho.  The checklist is an excellent source of information when emergence is not as good as expected. Let’s see if additional problems causing poor emergence and stands develop this season. If so, they will be added to the checklist.

Meanwhile, the weather is not cooperating with potato planting in Ontario.  Mother Nature has been moody this spring!  Let’s hope her mood improves and planting gets going at full swing this coming week.

1. Anaerobic conditions due to field flooding.

2. Seed damaged by low temperatures in the field, in storage or in transit.

12. Herbicide residues in seed due to drift.

14. Herbicide damage in sandy soils with low organic matter. There isn’t enough organic matter to tie up the chemical. It leaches down and burns the sprouts.

15. Planting cut seed of varieties with eyes concentrated at the bud end results in many

19. Freshly cut seed that is warmer than the soil it is planted into, can lead to poor stands.

22. Problems with the planter that are row specific: planting too fast, improper seed depth or broken cups on the planter.

23. Planting pre-cut seed kept in storage with poor ventilation and too wet after cutting.

25. Improper application of liquid seed treatments that results in poor oxygen supply to the seed.

Many thanks for the complete overview. This can help to prevent bad discussions about a poor emergence. A nice result of a good collaboration. My compliments!
The only thing I could add is a serious infection with silver scab. But this causes physiologically old tubers and you may have involved it here.
Thanks again for your information.
Regards,
Jacob Eising from the Netherlands