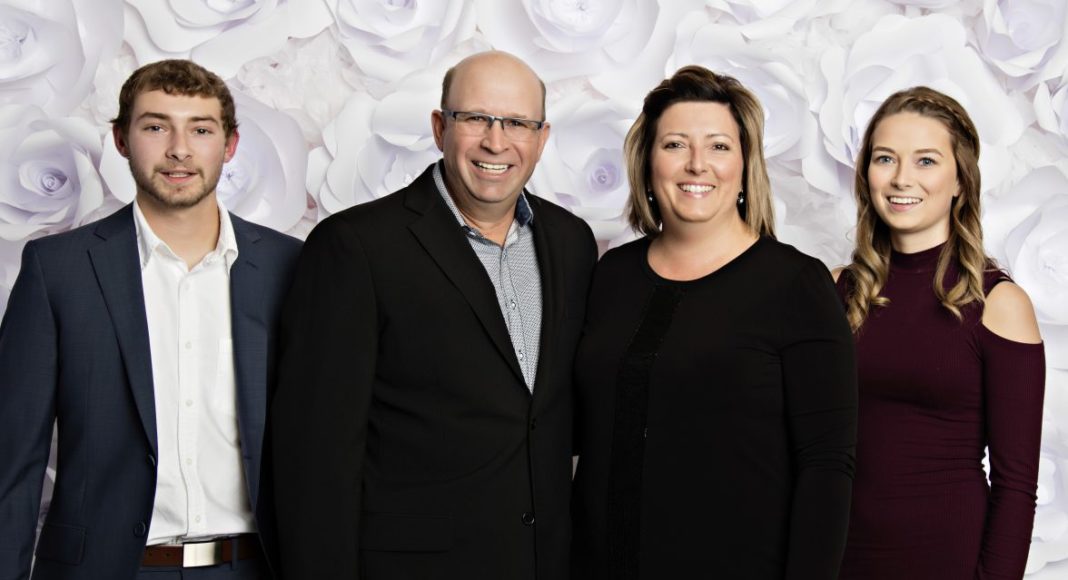 Michel Levesque, who grew up on a farm in New Brunswick’s fertile potato belt, was only 24 when he began his own potato operation in Saint-Andre, N.B.

“I started by myself in 1991. My father had a farm and he sold it to my two brothers. I wanted to still continue farming, so I bought a farm a couple of miles away from the homestead farm,” says Levesque, who’s 52.

Levesque admits the first few years after he struck out on his own were a bit of a struggle.

“I farmed there for two or three years, but there wasn’t much I could do with the crop rotation and I couldn’t do much expansion on the farm because I only bought about 250 acres,” he says.

Levesque started looking further afield to add to his acreage, and he found what he was looking for about 50 kilometres away in the Saint-Quentin area of New Brunswick.

“I rented about 200 acres of land for the first year and it went really well, so I thought, ‘I really need to buy some more land,’” Levesque says. Shortly afterwards, he purchased 900 acres that was close to the farmland he was renting in Saint-Quentin, and he’s been gradually expanding his farm operation ever since.

Today, Levesque’s farm totals approximately 2,100 acres, of which 900 acres are planted in Russet Burbank, Shepody and Prospect potatoes each year to fulfill processing contracts for McCain Foods and Cavendish Farms. In addition to potatoes, Levesque grows barley and oats, as well as a bit of canola in some years. He also grows clover as a rotation crop.

Last year, Levesque’sfarm was chosen as a top 10 grower for the McCain Foods potato processing plant in Grand Falls, N.B. Levesquesays it’s the fourth time in the last seven years his farm has received this honour.

Levesque notes that most of his potatoes are grown in a one in three year rotation, which he believes is instrumental in helping to maintain a healthy crop. Typically, he follows potatoes with a grain crop and then clover is grown in the third year of the rotation.

Levesque recently bought a brand-new planter and he tries to keep up with new technologies, such as GPS, that enable him to increase productivity on his farm.

“It’s been nine years I’ve been using the GPS now, and every year there’s something a little different on it that helps,” he says. “It’s been great.”

Levesque says he relished learning how to operate farm equipment when he was growing up on his father’s farm.

“I liked getting out of school to go harvest potatoes,” he says. “That was my big thing, running the harvester.”

Levesque still loves equipment, but these days his opportunities to get behind the wheel of a farm machine are few and far between.

“I really enjoy it, but I can’t really do it anymore,” he says. “Operating the equipment is much harder for me now because I’ve got to take care of all the rest of the farm business.”

Levesque, who still lives in Saint-Andre, says his wife, Lise, helps run the farm operation, which is called Northwest Potato Farms. Their son, 22-year-old Marc, also works on the farm and their daughter, 20-year-old Veronik, helps out as well.

Levesque says he doesn’t have any more expansion plans at the moment.

“I think I’m going to try to keep it the way it is now. I have one harvester and one planter, and I can’t really grow more with the equipment that I have,” he says. “The acres I have now are enough.”

A Potato Farmer with No Land