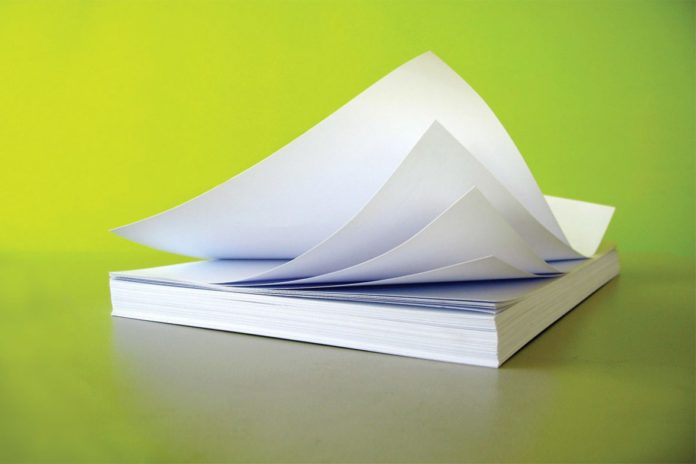 Ten years ago, an employee would sit at the scale for up to 16 hours a day, recording truck weights as each potato load came in from harvesting more than 3,400 acres. Sackett felt there had to be a better way to track potatoes from field to storage. And he was right.

In 2013, no one sits at the scale. Chasing the harvest paper trail is also no longer part of Sackett’s job: he simply examines a report generated for him at the end of each day. And he files that day’s harvest numbers away with his mind at ease knowing they are accurate. The potatoes have been weighed and tracked from field to bin, “basically without any effort from us,” Sackett says.

Harnessing the Power of GPS and RFID

“We’re taking the paper out of paperwork,” says Todd Forbush, an engineer with Techmark Inc. about the system his Lansing, Mich.-based company has developed that harnesses the power of global positioning and radio-frequency identification systems to track the harvest in real time.

Techmark’s Qual-Trac System captures GPS coordinates of potato loads in the field at the same time the loads are being harvested. The information is transmitted via cell modem to the Techmark website where the data is stored.

Once a truck arrives at the farm it is weighed — if the operation has a scale — and this information is also uploaded to the website. At the point of unloading, the RFID tag is recognized by the unloading system and time and location are recorded. “You’re tracking that potato from the exact spot in the field by GPS coordinates clear through to the bin it’s going to be put into,” says Sackett. “We’re determined to weigh all of the potatoes coming off each field so we know our exact harvested yield and we know exactly what’s in each bin for managing our inventory through the season.”

Although not an exact science, the system tracks potatoes going from the field into storage generally within a couple of truckloads or within three to four feet in the bin, says Forbush.

Now at harvest time, Sackett, who has been involved with the development of the system since 2003, downloads detailed reports generated by data from the Qual-Trac system with the click of a button. “It’s fairly quick and easy,” he says. “The biggest benefit is knowing what you have and where it’s at.”

Other details provided by the system include up-to-the-minute information on what sections of the fields have been harvested, how much is left to dig, how full the bins are, and the best times to schedule field changes and bin switches, says Brian Santrucek, an engineer with Techmark. “It helps determine strategic management … to minimize downtime and maximize harvest efficiency,” he says.

From tablets, smartphones or laptops, mobile harvest managers can watch the harvest unfold load by load in real time from anywhere, says Forbush.

The system also works with marginal cell coverage, he says, adding that if coverage is spotty in the field, information is stored in the harvester and transferred when the harvester is back within range.

Qual-Trac also creates efficiencies for other harvest personnel, such as harvester operators who have minimal interaction with the system, says Forbush. “It’s important for us to keep focused on the main thing, which is not bruising potatoes and harvesting them efficiently,” he adds.

Data collected by the system provides significant harvest detail — such as time of day the load was harvested, temperature at harvest and field conditions — that can potentially influence potato and storage quality. From these details, growers are able to can implement harvest management practices to improve potato quality, which leads to better storage and boosts growers’ bottom lines, says Forbush.

“The first thing we want to do is assist growers in quantifying the value of harvest management decisions,” he says. “The idea is to enhance or help with agronomy and production practices to increase profit from each acre. If you have poor quality … you can change the way you use that soil and that field to maximize the quality you’re going to get off of it.”

The system is also helping growers comply with the Produce Traceability Initiative in the United States and they can track grades of fresh deliveries out of the field — linking performance to production practices. “The reason we call it Qual-Trac is you can actually attach quality parameters and track them back to the field,” says Forbush. “It’s a way to offer customers some assurance of quality.”

“The first thing we want to do is assist growers in quantifying the value of harvest management decisions. The idea is to enhance or help with agronomy and production practices to increase profit from each acre.”

Plans to expand sales into Canada

Currently in the third season of test-driving a new, cost-effective platform, Forbush says the Qual-Trac system is ready for a wider distribution, with eventual plans to sell to growers north of the 49th parallel.

“We’re at a spot where our price point is going to allow us to be able to enter the market effectively,” says Forbush. “We’re looking for opportunities in Canada at any time.”

Peter VanderZaag is a Canadian potato farmer, researcher and owner of Sunrise Potato in Alliston, Ont., who is watching Qual-Trac system developments with more than a passing interest.

VanderZaag says potato chip-stock buyers continue to become choosier about product quality and consistency of quality, and as a producer for the chipping industry himself he is interested in any system that can improve those parameters.

“Sucrose analysis for our business is very important. If sucrose is high in the field [the potatoes] are not going to store well and they won’t fry well. If you have variability in the field, how do you get that sucrose down low enough that they’ll chip when they’re supposed to chip, whether it’s in November or February or May — these are all tools that will help us do a better job,” says VanderZaag.

Although he’s been using GPS to gather yield data from different fields, VanderZaag says that’s only part of the story. “How does the yield data from your field translate into storage quality? That’s exactly where Qual-Trac plays its role as far as you can predict if 10 feet into your bin you’re going to have a spot that was really wet and could give you problems,” he says. “The bottom line is it helps you know what you have in your bin and where each part of the field is in your bin … The whole thing is just one continuous flow of information.”

And as potato operations increase in size and complexity, GPS technology will continue to play a growing role in production, maintains VanderZaag. “We’re getting larger and we also handle so much more information. The only way to do it is by GPS technology and computers. Most farmers around here grow 1,000 acres or more, and pencil and paper doesn’t do it anymore. The demands of processors are also [increasing] and they want to know what’s in the bin — this way they know.”

GPS data collection tools that can enable growers to improve the quality and consistency of their produce is something next generation potato producers can easily get behind, says VanderZaag.

“We live in exciting times. For the younger generation this is perfect.… They love this stuff and it comes naturally to them — this is the perfect way to make farming even more attractive and exciting,” he says. “Modern technology farming is an exciting career and all of these [tools] just adds to it.”

Geographic information system-enabled software is opening doors for potato producers, says Glen Kroeker, director of Farm Credit Canada’s Management Software. “It allows strong, intensive management. Producers [can] take a large-scale operation and view it at a very small level, almost at the garden level. Physically, you can’t walk thousands of acres. By using GIS information, producers know what’s going on at a per acre area of the field basis. It’s opening up a lot of doors,” he says.

“Larger-scale growers have so many different fields that they can’t remember every little thing that happens on every field. There are potentially some gaps as far as decision-making and management of the crop goes. This will provide real-time data so you can always check your smartphone or tablet for exactly what’s happened in that field,” says Marlon Kuhl, head of commercial production and sales for Southern Manitoba Potato and chair of the CPC’s working group.

Although record keeping is the core of the tool, says Kroeker, it’s a user-friendly data management system from which producers can easily run reports, such as forms for CanadaGAP, GlobalGAP, crop insurance and traceability, which are auto-populated, for the most part, from the system. “It’s meeting or exceeding producers’ needs in terms of traceability and providing information to processors,” says Kroeker.

Mobility has also been taken into account: apps are available that run on Apple or android smartphones and tablets.

“We encourage potato growers to try the new system and to use it for managing their operations, not for just collecting the minimum traceability [records] but to use it as a management tool — it’s so much more than a traceability and tracking system,” says Kroeker.

Allan Equipment is Making a Potato Harvester a New Way