Driving Out Blight With Dual Control

Combining methods of disease control rather than relying on a single resistance strategy can extend the durability of crops by many years, confirms computer modelling that draws on classical population genetics theory.

The finding comes from assessing the spread and virulence of the pathogen responsible for late blight of potato, Phytophthora infestans. The pathogen, which caused the Great Irish Famine in the mid-nineteenth century and led to the new science of plant pathology, evolved into a serious threat again in the UK in 2011.

Potatoes are world’s fourth major crop after wheat, rice and corn. In the UK, potatoes are second only to wheat in national economic importance, and emergence of the pathogen’s increased virulence in 2011 prompted funding for the latest research, which is reported today in Proceedings of the Royal Society B.

Fungicides and resistant cultivars were the chosen disease control methods, as these are most commonly and easily applied, says Kevin Carolan, a pathogen evolution modeller at Rothamsted Research, which led the project with Fera Science, Scotland’s Rural College and ADAS.

“Some farmers already use more than one method to contain disease within their crops; they may use cultivars with one or more resistance genes but still apply fungicides for peace of mind,” notes Carolan. “Our research provides evidence for such an approach, and for similar approaches using a combination of other methods, and indicates how the timing and degree of dosing, for instance, will affect resistance to disease.” 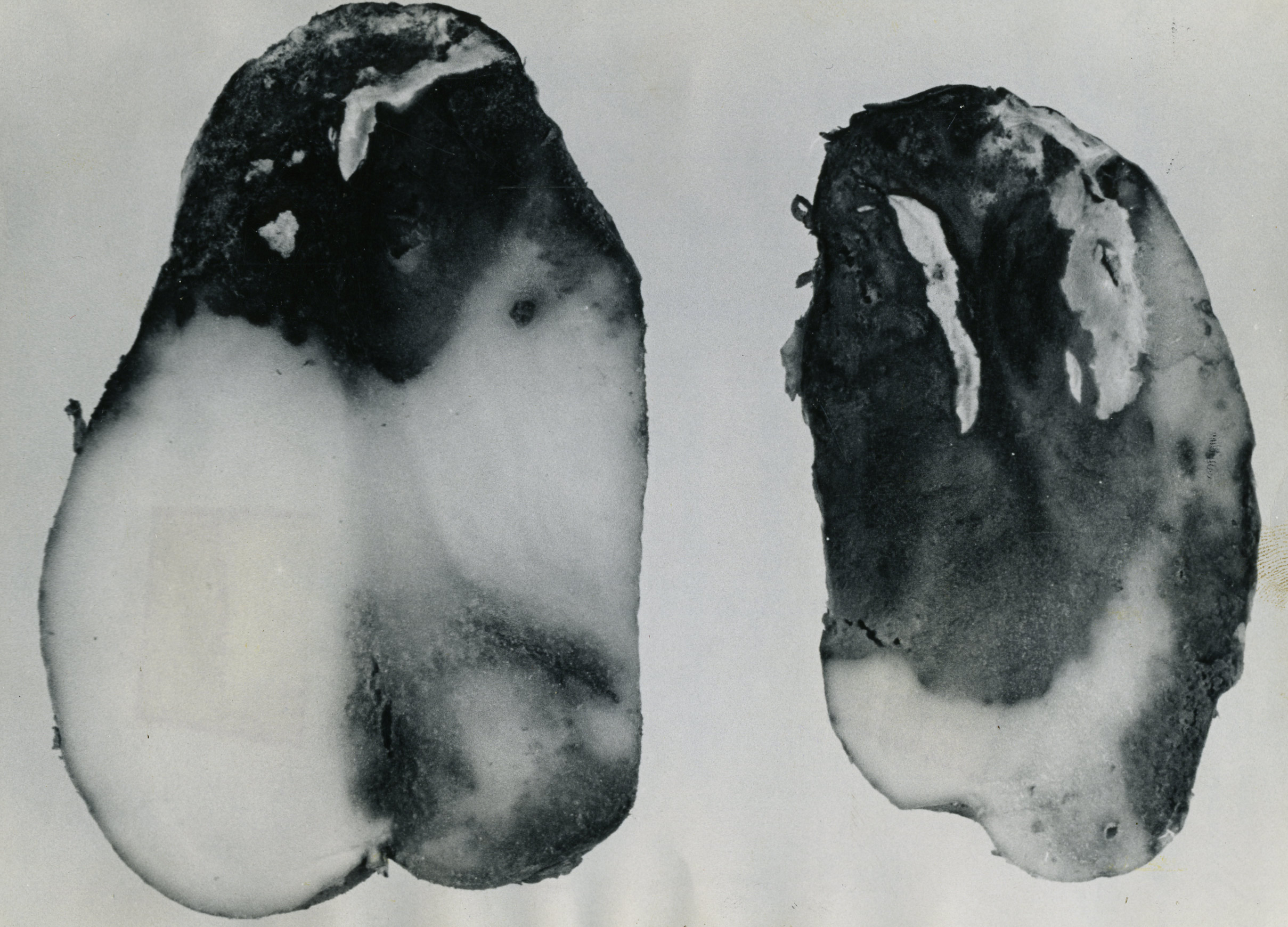 Many growers apply a dose to control the pathogen for only that season, says Carolan: “Our finding will help agronomists and advisory boards to develop a toolkit for designing the best dose to apply to a given cultivar, such as Cara or King Edward, that will not only provide immediate containment of the pathogen but also slow its evolution, so controlling the disease for generations to come.”

Carolan stresses that the finding represents a general technique to maintain the effectiveness of cultivar resistance. Combining other methods of disease control could also reduce the growth rate of epidemics; methods such as biological control organisms, changes to soil fertilisation levels or agronomic measures, including planting date, planting density and intercropping.

The researchers see their finding as an additional general method to delay the evolution of virulence, which supplements three widely advocated techniques and is easier for growers to apply. Current techniques include using mixtures of resistant cultivars, deploying genetic resistance differentially in time and location, and designing cultivars with multiple resistance genes; all these methods involve practical disadvantages.

Funding for the work came from the Biotechnology & Biological Sciences Research Council, with additional support from Syngenta, BASF and Belchim, which was co-ordinated by the Agriculture & Horticulture Development Board.

U of M Receives Funds to Updated Facilities for Potato Research

The P.E.I. Potato Industry is Edging Back to Normal

Potato Wart Ashley Robinson - January 30, 2023 0
After a year of upheaval following a potato wart discovery, P.E.I. has worked hard to regain their spud status. More than a year after potato...

Diseases Staff - January 24, 2023 0
The Prince Edward Island Potato Board is calling on the federal government to listen to the findings from an international panel of experts who...

Plant Growth Regulators Brodie Workman - January 5, 2023 0
Drumroll please…. The results are in from this year’s trials and – at a whopping 12.6 to 1 (!!) return on investment – Stimulate’s results...

Crop Inputs Ashley Robinson - February 1, 2023 0
With the PMRA having reviewed numerous potato products, it’s important to keep track of what you can and can’t use anymore. Over the past few...