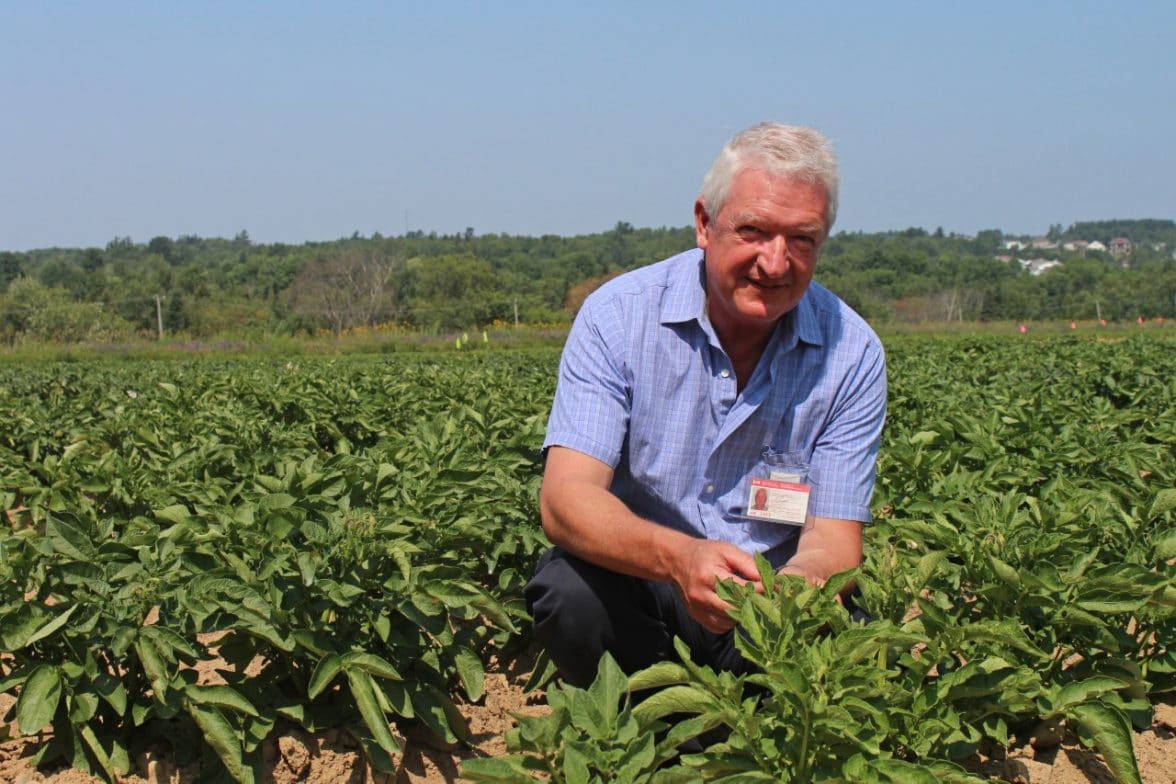 The results are in from a major industry-led study into declining potato yields launched six years ago. Here’s what was revealed.

Identifying obstacles limiting potato yields is part of the answer, and was the primary objective of a major five-year research project conducted in New Brunswick, Prince Edward Island and Manitoba.

Bernie Zebarth, a research scientist at AAFC’s Fredericton Research and Development Centre, who retired last May, was the science lead for the project. He says the study concluded better cropping systems and good agronomic practices that both build soil quality and suppress soil-borne pathogens can be instrumental in improving potato yields.

The study concluded better cropping systems and good agronomic practices that both build soil quality and suppress soil-borne pathogens can be instrumental in improving potato yields.
Click To Tweet

“The goal was, can we figure out what’s limiting yield and can we overcome it? We went into it thinking that it was probably a soil quality problem … and we did find evidence of that,” Zebarth says.

“The big surprise we had, though, was the soil-borne diseases. They turned out to be far more important than we had anticipated.” 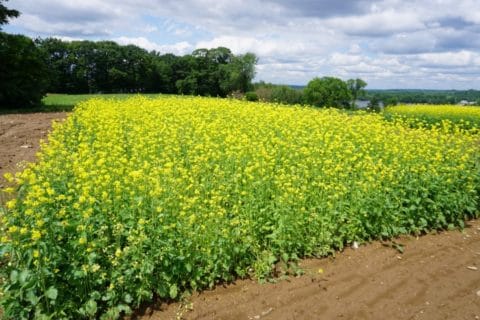 These mustard plants are being tested by AAFC researchers as a rotational crop species to increase soil health and suppress soil-borne diseases in potato rotations. Photo: Agriculture and Agri-Food Canada.

Zebarth says Potato Early Dying (PED) disease complex was identified as the biggest culprit. The widespread disease is caused by the fungal pathogen Verticillium dahliae, which causes Verticillium wilt. When root lesion nematodes are also present in potato fields, it makes for a devastating combination that can result in substantial yield losses of up to 30 or cent or more.

Zebarth says toward the end of the study, researchers began assessing mustard, which has a biofumigant effect on Verticillium, as a rotation crop in potato production systems.

“We did a field-scale trial on a grower field where we did two crop cycles of mustard in one year, and we were able to substantially reduce the pathogen levels and got a yield increase in the following potato crop,” he says.

Zebarth says another interesting takeaway from the study was that PED symptoms may be minimized in healthy soils.

“We don’t have clear evidence of that, but what we believe is that in soil that has a nice healthy microbial community, other microorganisms are much more competitive and they will help reduce the [PED] symptoms you would see in the potato,” he says.

As Zebarth points out, though, potato production is hard on soil quality.

“Frequent tillage, short potato rotations and soil erosion can all reduce soil organic matter, and the potato crop adds little organic matter back to the soil,” he says.

“When soil quality is low, the potato crop suffers because there’s less aeration and biological activity, and soils don’t have the same capacity to hold water or take up nutrients. Poor soil quality can also reduce drainage, and in wet spring weather can result in poor early growth or seed-piece rot.”

Zebarth believes the study, in addition to identifying some major yield-limiting factors and offering practical management strategies for growers, has given scientists and the industry a path forward to finding solutions.

He says potato researchers are continuing to study mustard and other crops like buckwheat and sorghum-sudangrass as rotation alternatives which have the potential to suppress PED while also building soil organic matter.

In addition, the study has helped pave the way for new research and a better understanding of diseases like PED and how they behave, and it’s also led to the development of new diagnostic tests and tools for detecting Verticillim, Zebarth says.

Three new scientists hired by the AAFC Fredericton Research and Development Centre in the past two years will continue with some aspects of the work in the five-year study. They are Louis-Pierre Comeau, a soil organic matter specialist, plant pathologist Dahu Chen, and integrated cropping systems expert Cameron Wagg.