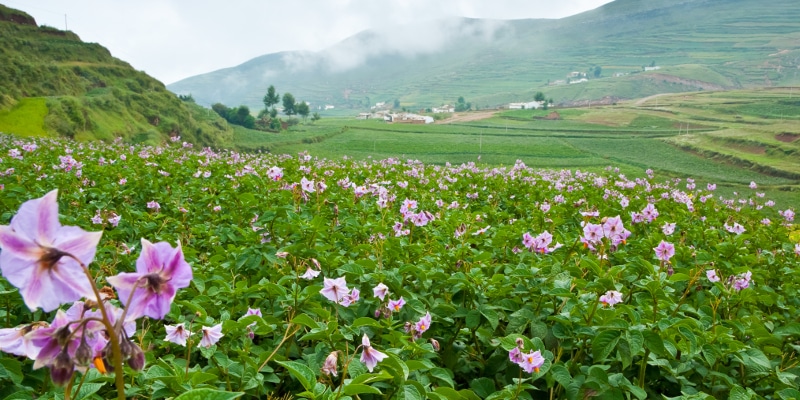 With potato consumption continuing to rise in the Kingdom, the Agriculture Ministry on Tuesday unveiled a $200,000 (U.S.) research center it hopes will research and develop potato varieties most suited to the country.

Speaking at the ceremony outside the new Potato Research Center, at the Royal University of Agriculture in Phnom Penh, Agriculture Minister Veng Sakhon stressed the increasing importance of potatoes in the nation’s diet.

“The demand for potatoes in the Kingdom is growing year-on-year, not only due to demand from foreign tourists, but also local people. As such, the potato market is growing remarkably,” Sakhon said.

He said that so far potato farming was still small, due in part to a lack of education on correct growing techniques, lack of understanding of the climate, as well as cheap imports from neighboring countries.

“With the funds from KOICA and KOPIA, I strongly believed that the Potato Research Center will help Cambodia produce potatoes to supply the local market soon, to reduce imported potatoes so as not to almost completely depend on the imports as currently.”

The first project for the center will be to conduct research on growing potatoes in Mondulkiri province, where the climate and soil is most likely to be best for growing the crop.