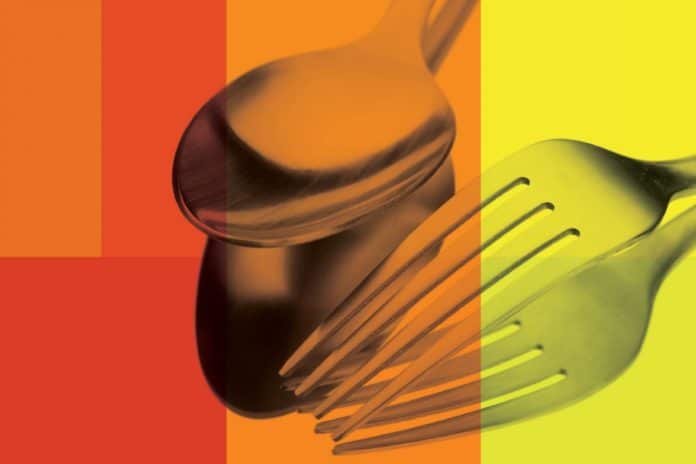 Canadian consumers are used to choosing from a few standard types of potatoes—reds, yellows and whites—which they often find piled in heaps at the end of the vegetable aisle in the grocery store. But Angela Santiago, co-founder and CEO of the Little Potato Company based in Edmonton, Alta., has a different vision for potato consumers.

“Little Potato Company loves to branch out into new things,” she says. “Our purpose is to bring back the authentic, original goodness of the potato. Originally it was small, and had many different colours, shapes and sizes, and we’ve lost that along the way. We want to bring [the potato] back to what it was—diverse, unique and fun. Fingerlings are a big part of that.”

Catching up to the U.S. Market

Fingerling potatoes do not make up a huge share of LPC’s business—right now, they comprise roughly two per cent of sales—but they are an important part of the company’s vision for the future.

Presently, LPC’s fingerlings are produced specifically for the food service industry. The company works with chefs and restaurants to explore new applications for new varieties. And their mission is flavour. For chefs, “unconventional rules,” says Santiago, who believes fingerlings have a lot of unique qualities to offer. “So many consumers are driven to the big Russets or Yukon Golds and aren’t familiar with the variety [of options]. Fingerlings are a way people can get to know the potato better,” she says. “They also taste better than a big potato, they’re exciting and they have beautiful plate appeal.”

While LPC initially branched into fingerlings due to specific food service demands, trends are changing and consumer awareness of fingerlings is growing. “In the U.S., fingerlings are quite a bit ahead—they’ve had fingerlings in retail grocery stores for a number of years,” says Santiago. But she adds that in Canada, fingerlings are starting to emerge in many produce aisles.

The Little Potato Company has a savvy business partner in Tuberosum Technologies, a potato breeding company which sources and breeds unique new varieties, offering first right of refusal to LPC. Owned by Jacob Vander Schaaf, who founded LPC with Santiago in the late 1990s, Tuberosum has sourced many of LPC’s creamer and fingerling varieties from breeding companies from around the world.

According to Joel Vander Schaaf, who works with Dr. Khyal Thakur, director of research and development at Tuberosum, the potato status quo in Canada—big, round, white, yellow or red potatoes—is a difficult one to shift, for good reasons. “The potato market is fairly conservative—and rightly so, because it requires a lot of investment and years to take a risk on a new variety. So a lot of the time growers will stick with the status quo. To take extra risk can be cost-prohibitive,” he says.

There are many reasons why it can be difficult for growers to shift some of their production to fingerlings. For example, harvesting equipment has to be able to handle the uneven, narrow shape of the little potatoes. Sometimes entirely new equipment is required. Additionally, sizing fingerlings can be difficult, and if they are knobby, the washing process can also present a challenge. All of these difficulties add up to increased costs, and increased risk for growers whose production has been focused on traditional varieties.

But Vander Schaaf thinks the challenges are worth it, and says Tuberosum’s mandate is to shift from the status quo. “We felt that we needed an injection of excitement into the potato world, so we started to focus on these unique offerings,” he says.

“The variety of potatoes is just incredible. If you look at the markets in South America, you’ve got potatoes that look like pineapples and have all different sizes and shapes and flesh colours,” says Vander Schaaf. “We’ve been hawking the Russet Burbank for the last 100 years, and it seems sort of unfair to the potato, because there’s such amazing variety. I think that will be a real selling point of potatoes in the future, the diversity of them, and the fingerling fits right into that diversity.”

Successfully changing the Canadian potato scene—or simply increasing awareness about the variety of potatoes that exist, particularly for the fresh market—will rely on new approaches to marketing. Vander Schaaf acknowledges the need for variety-specific marketing in helping fingerlings stand out to consumers. But they have a natural advantage, he says, because of their unique size and shape.

Additionally, fingerlings require less cooking time than their larger counterparts, which might eventually make them competitive with processed or pre-prepared potatoes, he says. “I think as people become more health-conscious and conscious of flavour, and [start] cooking more at home, they’ll lean more toward these types of varieties.”

We’ve been hawking the Russet Burbank for the last 100 years, and it seems sort of unfair to the potato, because there’s such amazing variety. I think that [diversity] will be a real selling point of potatoes in the future … and the fingerling fits right into that diversity.

As the tastes of Canadian consumers continue to shift, with immigration widening the scope of consumer demands in the produce aisle and more Canadians hunting for health-conscious alternatives to processed foods, growers need to recognize the trends and plan for the future. And part of that planning will require new thinking about what consumers want from a bag of potatoes.

“You can’t just stay with what you’re doing—you need to adapt. If consumers don’t want 10-pound bags you need to give them five-pound bags,” says Peter Chapman, owner of GPS Business Solutions, a consulting firm that helps growers assess retail needs. “I think that the potato bag is such a phenomenal piece of real estate to use to help the consumer, but it’s one of the most under-utilized tools in the grocery store.”

Smaller bags, with a variety of potato options, and a better use of packaging—along with specific varietal marketing as a general strategy for potatoes—should all be in growers’ sightlines as they consider what the consumer will want five and 10 years down the road. Fingerlings have the potential to help meet these needs, says Chapman. “You’ve got a consumer with a huge array of interests and tastes compared to 15 years ago, and fingerlings are an option to meet that need. It’s growing into a real market.”

Chapman believes growers and retailers should be working together to determine what will work best for all parties. If a retailer is focused on health and wellness or premium products, growers might have a good chance of working with that retailer on a program that includes a variety of niche products like fingerlings. In general, growers should tune in to the changing needs of their local marketplaces, says Chapman, before they adopt a new strategy—but new strategies will be increasingly important for repositioning potatoes in Canadian produce aisles.

“I think it’s critical that we look at rebranding and repositioning potatoes,” he says. “[The potato] doesn’t get the credit it should—too often it’s put at the back of the produce department. [Growers] need to talk to the retailer and say, ‘Here’s what we can do. Here are some options to consider.’ It’s too easy to pile them on the back table.”

If new or niche varieties of potatoes, such as fingerlings, are going to make it to front and centre, creativity will be key.

There is a need for increased consumer and retailer education regarding the variety of options available to them, including flavourful fingerling varieties. And there are many promotional and cross-promotional opportunities at the grocery-store level which could be used to draw attention to new products like fingerlings. “One of the things I always want to say to producers and packers is that your job does not end when the product gets to the warehouse. The retailer won’t sell new items for you. Your job ends when the consumer puts it in the shopping cart,” says Chapman. “Just getting it to the warehouse is not enough anymore. It’s a lot of work. It’s not for the faint of heart. But it can be very good for people.”