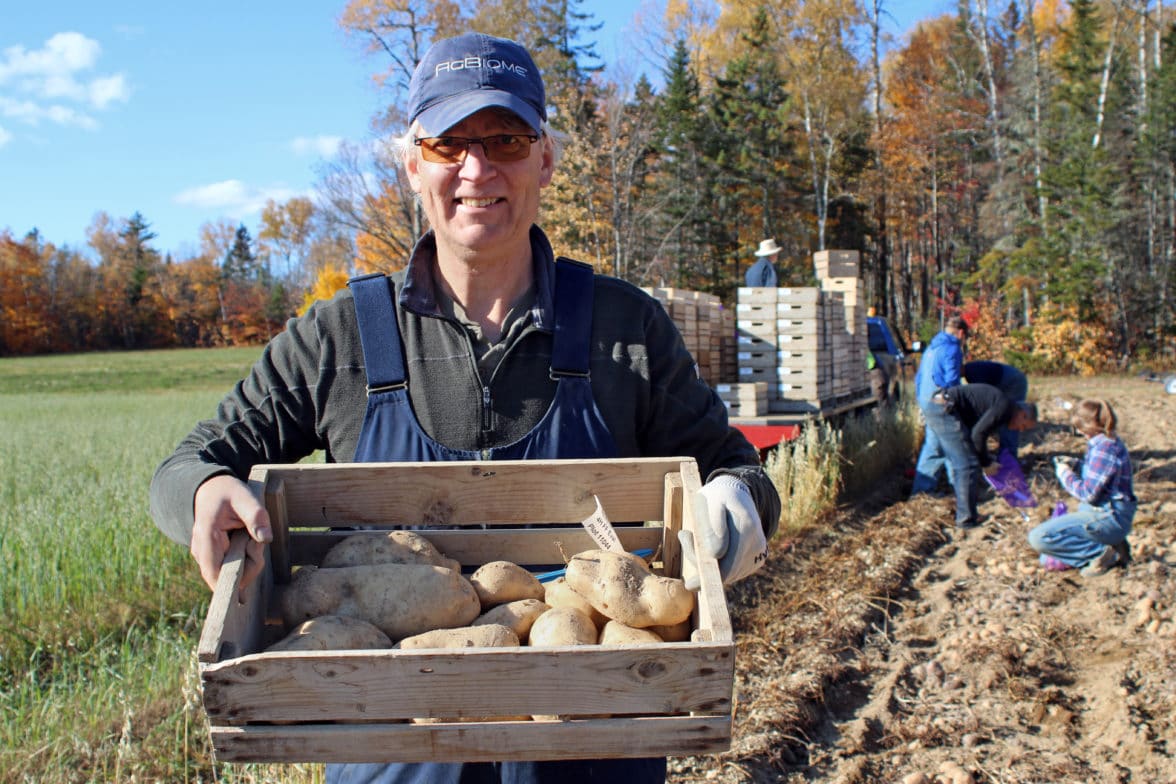 A Change for the Better

Agriculture and Agri-Food Canada’s potato breeding program looks a lot different these days, thanks to a major overhaul in the past year. Many of those in the Canadian potato industry are welcoming the changes.

IT’S BEEN A LITTLE over a year since Agriculture and Agri-Food Canada (AAFC) began revamping its potato breeding program. In addition to making the program more efficient and up to date, the move reflects a strong desire by the AAFC to make the program more responsive to the needs of the Canadian potato industry.

The changes are still ongoing, but many in the potato industry appear to like what they’ve seen so far in the new-look breeding program. 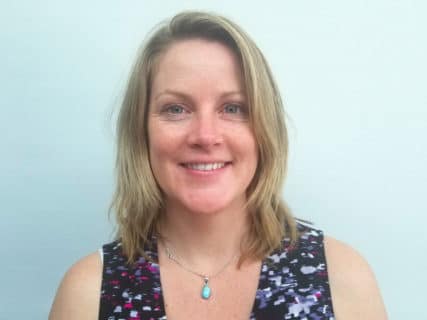 Virginia Dickison is an AAFC biologist who acts as operations manager and industry liaison officer for the program. In November, she travelled to the Alberta Conference and Trade Show along with the program’s potato breeder, David de Koeyer, to address a special meeting of 30 or so industry stakeholders about all the changes and the progress made so far, as well as different options for releasing new varieties going forward.

“Everybody was very excited about the changes that we had put into place, which was very good to see,” says Dickison, who also delivered a presentation to conference attendees on the breeding program overhaul.

Over the past year, AAFC has stepped up its efforts to solicit feedback from growers, processors and marketing agencies on the most sought-after traits in the breeding material it supplies to the potato industry for developing new commercial varieties.

“This was really what we were soliciting at the meeting, to see how people reacted to everything we’ve done over the past year and to see what we should do going forward,” Dickison says.

“We had some really positive feedback about the changes that we’ve made, mostly surrounding the engagement level and the communication and the networking that we’re doing with industry to get their feedback,” she adds. “We also have a lot of good feedback going forward to make some additional changes.”

Tracy Shinners-Carnelley, vice-president of research and quality with Manitoba’s Peak of the Market, was among the industry representatives at the meeting. 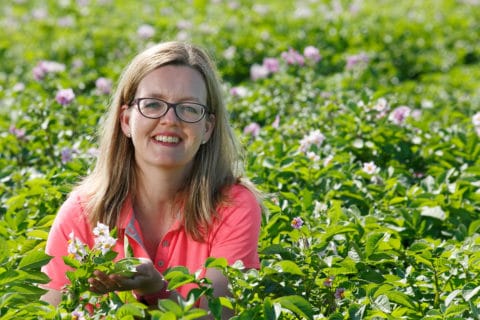 Tracy Shinners-Carnelley is the vice-president of research and quality with Peak of the Market in Manitoba. PHOTO: PEAK OF THE MARKET

“I think there’s been a really good uptake to the fact that Virginia Dickison and David de Koeyer have been actively doing outreach across the country with the potato industry this past year,” she says.

“There is tremendous opportunity going forward, and something that I find very refreshing is this increased opportunity that the industry has to engage with Ag Canada on the breeding program and really be heard in terms of priorities,” Shinners-Carnelley adds. “We’re excited about that as an industry and I think it’s building momentum.”

There was lots of talk at the Red Deer meeting about how the AAFC breeding program should release promising new potato varieties in the future, Shinners-Carnelley notes.

“We had some great discussions and put forward lots of different elements that need to be considered when looking at what is the best way to release varieties to the Canadian potato industry,” she says.

“There is so much diversity within potato production in Canada, and I think it’s important to have that conversation and recognize the many differences we do have across the country,” Shinners-Carnelley adds.

“We got the message from Ag Canada that they’re quite willing to look at different models and recognize the fact that because we are such a diverse sector, one program like the accelerated release program, which had been in existence for the last number of years, maybe isn’t best suited for all segments of the industry.”

Dickison says the AAFC’s accelerated release program will be wrapping up this year.

“We have our AR-2018 selections that will be bid on online starting in January, and that’s the final generation from the program,” she says. “We’ve had a lot of feedback on it. Some people really like that system. Then some people don’t.” 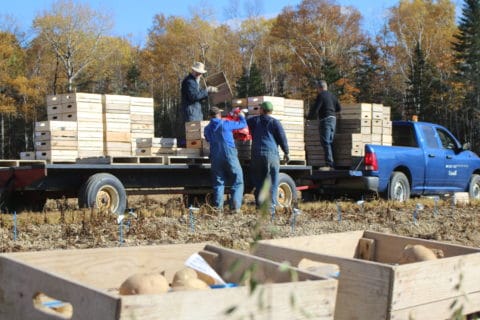 Dickison says a top priority for the AAFC breeding program is to find common ground on what a new commercialization mechanism should look like. She says there seems to be a lot more agreement on a suitable path forward than she thought there might be.

“We’re very open to having different models in place for the different sectors. We’ll have to still play it out, but we’re going to have a draft ready by February and we’ll then send that out to industry to see what they think of it. And then we’re hoping to finalize everything by August.”

One of the proposals being considered is an RFP, or a request for proposal model.

“It wouldn’t be just about how much money you can offer for these varieties, but what kind of package you could offer around these varieties. That’s your marketing schemes, the scope of where you want to sell the varieties, whether it’s regional, national or international. Those kinds of things would be developed into an RFP,” says Dickison.

“Another model is the consortium model. It’s more of a pay-to-play kind of group of people that get together and then decide on what kind of path they want to take forward with commercialization, if it’s exclusive or if it’s a non-exclusive kind of model. The one big thing that we want to emphasize is it does not have to be one size fits all.”

Here are some more changes within the AAFC’s potato breeding program that have taken place or are in the process of being adopted:

Greater emphasis on processing potatoes. To reflect current market percentages in Canada, 70 per cent of the new selections released by the program will be earmarked for french fry lines and the rest for the chipping and fresh sectors.

Revised Trialing Methods. The localized trialing period for the program’s top varieties has been shortened and the time allotted for national trials has been lengthened so that more information on the adaption of varieties can be collected over two years rather than one. “The aim is to increase quality over quantity and increase the confidence industry has in our data at the time of release,” says Dickison.

Greater reliance on biotechnology. The latest in new genetic techniques and data management systems are being integrated and utilized to advance germplasm enhancement and get desired traits quickly and efficiently into AAFC’s breeding lines.

Better protocols. The program is moving to standardize its reporting process and introduce more stringent selection criteria for new varieties to ensure the best fit for industry needs.