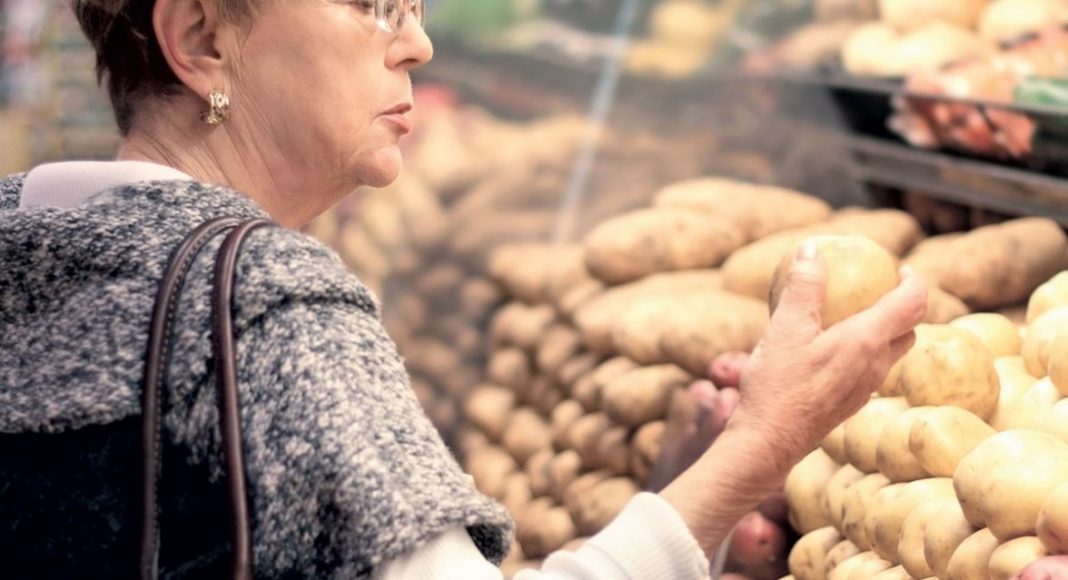 [deck]Incidents of needles inserted in potatoes in Prince Edward Island have shaken the industry. What can producers do to protect themselves and their customers?[/deck]

Food safety as a matter of concern for the potato industry came into the spotlight last fall as a result of a potato tampering case in Prince Edward Island.

Following the announcement, Linkletter Farms voluntarily withdrew some fresh potato products following a consumer complaint that a sewing needle had been discovered in a package of fresh potatoes. The company would eventually recall several hundred thousand kilograms of packaged product from retail outlets after similar finds in Eastern Canada.

P.E.I. RCMP Sgt. Leanne Butler confirmed in October that in addition to the tampered-with fresh pack potatoes, sewing needles were detected in french fries on a production run at the Cavendish Farms processing plant in New Annan, P.E.I. Butler said that the RCMP investigation concluded that the tampered-with potatoes originated from Linkletter Farms that sells potatoes to the public and also supplies the processing plant owned by Cavendish Farms.

The executive director of the CanadaGAP program, Heather Gale, confirmed at the time that Linkletter Farms had been certified under the program for several years and has followed all of the necessary guidelines, and had acted appropriately in the tampering case. The CanadaGap program consists of national food safety standards and a certification system for produce suppliers.

In November, the Prince Edward Island Potato Board offered a reward of up to $50,000 for any information leading to the arrest and conviction of the individual or individuals responsible for inserting needles into potatoes produced by Linkletter Farms.

In early January, there was a further discovery of needles in potatoes at the Cavendish processing plant. The tampered-with potatoes were reportedly traced back not to the Linkletter operation but to a different farm on Prince Edward Island. RCMP would not identify the location.

The reward fund in this case has grown since November, with Peak of the Market, a Manitoba grower-owned vegetable supplier, and the P.E.I. government providing substantial donations. As a result of these and other industry contributions, the reward for information leading to an arrest and conviction in the case is currently $100,000.

Originally, the reward fund was in effect for tips received up to Jan. 31. On Feb. 2, the P.E.I. Potato Board announced it was extending the reward deadline to April 2. At that time, Sgt. Butler confirmed that the RCMP is continuing its investigation into these incidents and is responding to potential leads received from the public.

In view of these incidents of food tampering, it should be noted that Canada boasts a world-class food system and the government sets high standards for food safety at the consumer level. A report released in October 2014 by the Conference Board of Canada notes that Canada’s food safety system was ranked the best in the world, tied for first place with Ireland.

Within the Canadian potato industry, there are several safety-related programs in place for growers, packers and processors to follow, including the CanadaGAP program of certified food safety policies and procedures. Some potato operations also develop and implement their own internal Quality Assurance Programs as additional prevention and safety assurance measures.

Considering Canada’s excellent food safety record and the numerous safety protocols in place to protect consumers, there are many in the industry who say the P.E.I. potato tampering case should be viewed as an isolated and unusual incident.

According to Gale of CanadaGAP, “this can most certainly be viewed as a very specific and particular event, and not one that most growers, packers or processors will most likely have to deal with in future, if at all.” She notes that the tampering matter is on the agenda of the technical committee of CanadaGAP and is expected to be discussed at the committee’s upcoming summer meeting.

Gale maintains the tampering case on P.E.I. should be viewed more as a matter of “food defence” rather than food safety.

“Food safety is about putting in place practices to minimize risk from contaminants that can’t be seen, for example microbiological, chemical or physical hazards, such as glass,” she says. “In this case, the contaminant would be visible and the likelihood is very low that the product would be consumed. Nonetheless, the CanadaGAP program also addresses food defence risks, such as product tampering, by providing a framework for companies to consider and assessment potential vulnerabilities.”

Gale says potato operations following the CanadaGAP program would do a focused risk assessment to pinpoint specific vulnerabilities within the operation as part of an annual procedures review requirement. The CanadaGAP program includes a section for food defence actions, including guidelines for the assessment of a facility to determine the potential of intentional contamination. “Sensitive areas of the facility should be identified as part of a food defence risk assessment,” Gale says.

Although it is possible that some potato operations might now be weighing the option of acquiring more sophisticated metal detection equipment in response to the P.E.I. situation, Gale notes that “this response will not be typical for all industry sectors, since it would entail an expensive and broad brush solution for a very narrow problem.”

Angela Santiago is the co-founder and CEO of The Little Potato Company Inc., a potato packaging operation based in Edmonton, Alta. The company’s specially bred varieties of creamy small potatoes — grown at a dozen locations spanning some 5,000 acres across North America — are packaged and distributed to such leading Canadian grocery chains as Metro, Sobeys, Costco, Save-On-Foods and Loblaws’ Real Canadian Superstore.

“Food safety, together with the health and safety of our employees, are our top priorities at The Little Potato Company,” says Santiago, adding that the company has “highly sensitive metal detectors in place on our packing lines.”

In addition, she says, the company rigorously follows food safety protocols and procedures certified by CanadaGAP as well as in-house quality assurance programs.

“We are enrolled in the CanadaGAP food safety program, and all of our growers and packing facilities are CanadaGAP certified,” Santiago says. “We constantly evaluate our packaging procedures and equipment and, if needed, update the ways in which we package our potatoes in order to provide innovative packaging solutions that are more tamper-proof.”

Santiago says the food tampering case in P.E.I. is an unfortunate incident that serves as “a reminder to everyone in our industry that we must continue to be vigilant in ensuring that we deliver safe food to our customers.”