We Have Common DNA 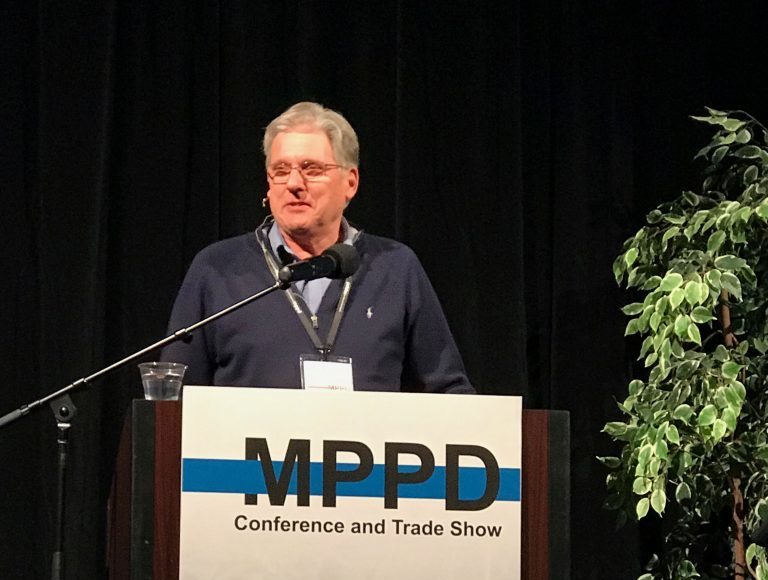 [deck]Peter VanderZaag has been acknowledged by the Potato Association of America for his contribution to the potato industry and the organization with the Honorary Life Membership Award.[/deck]

Peter VanderZaag has been on a vigorous campaign to alleviate poverty and hunger through potato science and production almost his entire life. His work improving potato production in Central Africa, Southeastern Asia, and China has had far-reaching effects.

The researcher was heavily influenced by his heritage — generations of VanderZaags in the Netherlands have been potato producers — and most notably his Uncle Date, a distinguished potato scientist.

“My Uncle Date was my mentor as a teenager and when I went to university. He was a very strong influence in my life. When I was 18 years old, I stayed with him in Holland and that’s really when I saw his work on potato research, and that’s what got me going,” says VanderZaag.

To this day, varieties VanderZaag introduced to Rwanda around 1980, as a scientist for the International Potato Center (CIP), make up half of the country’s potato production. As CIP’s regional leader for a potato program based in Rwanda, and including Burundi, Uganda and the Democratic Republic of the Congo (then Zaire), he dramatically increased potato production in those countries.

“When I first started working overseas it was in Bangladesh, Uncle Date was very interested and supportive of my work. Then he came to Rwanda. He gave me lots of encouragement and helped me when I needed it as a young scientist. And, later on, we became colleagues.”

VanderZaag also says his mother and father, who immigrated to Canada in 1949 and purchased a farm in 1952 near Alliston, Ont., also significantly influenced his life’s direction.

From 1982 through 1990, VanderZaag, with his wife, Carla, worked for CIP as a regional director for Southeast Asia. In countries like the Philippines and Vietnam he helped introduce new varieties, improve crop management and production practices and guided many graduate students in their thesis research from many countries. “The work had tremendous impact,” he says.

However, he feels it is his work in Southwest China that has helped feed and raise out of poverty families in the hundreds of thousands.

In one example, tens of thousands of families are helped by VanderZaag’s efforts. “Twenty thousand families in a new area are now growing more than 20,000 hectares of potatoes and are getting out of poverty. To see just one example of 20,000 families affected by the work I was part of — there’s no better heart-warming story than that.”

“Twenty thousand families in a new area are now growing more than 20,000 hectares of potatoes and are getting out of poverty.
Click To Tweet

The variety Cooperation 88, developed by a collaboration between CIP and Yunnan Normal University in Kunming, China, is one of CIP’s most successful varieties.

“It has had a conservative estimated GDP impact of more than three billion dollars. It’s awesome to see. It revolutionized the potato itself.” Peter VanderZaag
Click To Tweet

For this accomplishment, VanderZaag was honoured with China’s prestigious National Friendship Award in 2014. It wasn’t the first time he’d been acknowledged with a distinguished award for contributions to a foreign country.

At a national seed potato farm in Rwanda, the country’s president at that time, paid VanderZaag a visit to thank the scientist for all he had done for the country.

“He said to me, ‘I want to bestow on you an Honorary Citizenship Award for Rwanda,” says VanderZaag. “I said, ‘What does that really mean’ and the president said, ‘you’re just one of us and you are always welcome.”

For his work on poverty alleviation through crop diversification in Bangladesh, VanderZaag, along with his MCC colleagues, were awarded the Gold Medal, which is presented annually by the president to the recipient or organization that has helped the country develop the most in that year.

This summer, VanderZaag will be recognized by his peers with the Honorary Life Membership Award for his contributions to the potato industry and to the association when the 103rdPotato Association of America (PAA) annual meeting in Winnipeg convenes. With his induction, he joins the celebrated group of Honorary Life Members which also includes John R. Simplot and Wallace and Harrison McCain. Even so, VanderZaag keeps his feet planted firmly on the ground.

“I’m a farmer myself. My clientele are farmers — that’s the key point. If you look at honours only for honours’ sake, you lose everything. You talk with farmers, hold their hands, hug them and relate to their challenges, and that changes everything,” he says.

Presently, VanderZaag is working on a project in the mountainous regions of South China to help lift impoverished tribal and mountain peoples out of poverty through potato production. He’s working with approximately 400 families in each of three communities by providing them with all the inputs, organization of financial credit, production techniques, and extension support they need to raise and market an excellent potato crop. They’re also growing high-quality seed potatoes.

“That’s the market we’re trying to develop to improve general potato production through improved seed. These communities are doing it under our guidance and support,” he says. “The people are so grateful for what we’re doing there. It’s really very exciting.”

When in Canada, VanderZaag grows about 1,250 acres of potatoes in Alliston with his wife, daughter and son-in-law at Sunrise Potato Storage Ltd. The farm, which VanderZaag and his wife established in 1991, was called Sunrise because in the Orient it symbolizes hope.

“I’ve enjoyed doing this very much, and the succession plan we have has given me great gratification as well,” he says.

To relax, VanderZaag enjoys spending time with his four young grandchildren and the rest of his family. According to VanderZaag, relationships are what life is all about.

“The most important thing in my life is relationships. Through relationships you can do anything. I can say that my work in Africa and Asia continues to this day because of relationships. That’s my life lesson and what I try to tell young people as well.”

As with all other areas of his life, this researcher, farmer and feeder of hundreds of thousands of people has established long-time relationships with his PAA colleagues.

“It’s a big family. We have common DNA. That’s why PAA is so unique…. To me, the life of the PAA revolves around older people and young people working together,” he says.