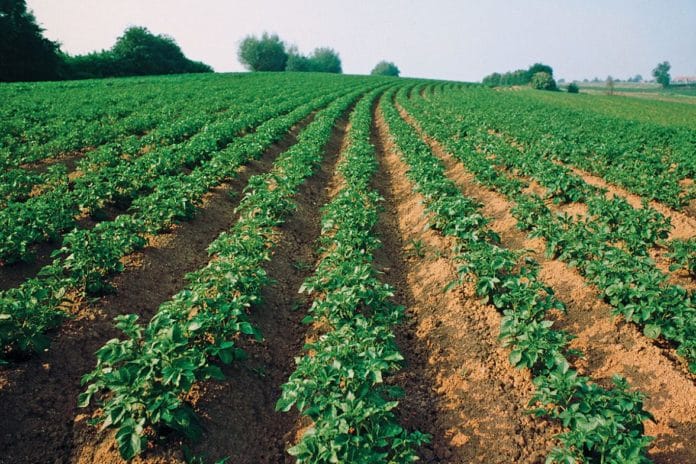 What effects are today’s emerging trends in crop protection having on the development and regulation of pest control products?

Risk reduction to health and the environment has become a priority area for governments and agricultural organizations worldwide, changing the developmental and regulatory landscape of pest control products for stakeholders. Trends are emerging that will affect growers’ access to pest control products.

Over the past 25 years, one of the most important trends Jim Chaput has witnessed is the decrease in the amount of pest control products applied to all crops in Canada and around the world, as measured by weight of active ingredient. In Ontario, producers have reduced the amount of products they applied to their crops by 45 per cent, mostly due to changes in product choice and pest management strategies, says Chaput, provincial minor use coordinator of the Ontario Ministry of Agriculture, Food and Rural Affairs.

As a result, a shift in focus from the development and registration of persistent, broad-spectrum products to reduced-risk materials is another important trend, says Chaput. Manufacturers of crop protection products are concentrating on biopesticides and narrow-spectrum pest control products, which often target only one pest or one life stage of that pest.

“Our first priority is to develop products that are safe for everyone, including producers and the environment. These newer products are generally superior to what we used in the past,” says Luc Bourgeois, research and development manager of horticulture for Bayer CropScience Canada. “That’s where the market is in the future.” Bayer recently registered its first biopesticide in Canada, called Votivo, a nematode suppressant for use on corn and soybeans. “It’s a first, but definitely won’t be the last,” says Bourgeois.

A decade ago, Canadian producers had access to about 25 per cent of the biopesticides a U.S. grower had access to. Today, says Chaput, that figure is around 33 per cent, which is not a big improvement. However, the Pest Management Regulatory Agency has implemented new guidelines and directives to help facilitate the registration of these products, he says. “Agriculture and Agri-Food Canada, through the Pest Management Centre, has a biopesticide initiative that has already made an impact on securing some new biopesticide products for potatoes and other crops,” says Chaput.

This shift to developing more specific, targeted products includes seed treatments for potatoes—an area of focus for research and funds. “We have seen and will see an even bigger move toward seed treatments, where the product is applied directly on the seed and is available to the plant as it grows instead of broadcasting the product over large areas,” says Bourgeois. On the cutting edge is the development of general stress relievers, which are products that help a crop establish better root systems and plants right from the start. Plants are then able to sustain stress early in the season.

Whether fungicides, insecticides or biologicals, these seed treatments help plants improve their own defence mechanisms. “Having a product that will trigger a plant’s defences only when there is an insect or disease present may sound like science fiction, but we are slowly going in that direction,” says Bourgeois. “This is really effective use of a control product.”

Bill Moons, a territory sales manager of horticulture for Bayer CropScience Canada, says potato growers are already seeing the benefit of investing in seed treatments. “It gives growers tremendous peace of mind that insects are looked after for close to three months, and new technology, such as Titan Emesto, is providing unprecedented control of seed-borne diseases. You don’t see many growers not doing it, and it’s cost-effective,” he says.

Provincial organizations, grower groups and individuals such as Chaput have worked hard to make the registration system in Canada more responsive to the needs of producers. “[We] have pushed really hard for registrants of reduced-risk and biopesticide products to come to Canada, and for the PMRA to make the registration system more user-friendly to them,” says Chaput. He says so far they’ve been successful in improving Canadian producers’ access to reduced-risk products. “Today, Canadian producers have access to 66 per cent of the U.S.-registered reduced-risk materials. To me, that’s a big step forward in the right direction.”

Bourgeois has experienced this progress first-hand. “We have seen simplification, especially for some of the minor use products—we can now use data from the United States, we couldn’t do that a few years back.” He says harmonization of pest control products and regulations between Canada and the United States is continually improving.

Now companies can submit joint reviews to Canada and the United States, increasing the efficiency of the system. “The regulatory system has a work-share [program]. For example, the United States will evaluate human toxicity and Canada will look at environmental toxicity, and once they’re done their assessments, there will be a discussion and [they will draw] their conclusions.” In the past, both countries would perform both assessments using the same protocols, says Bourgeois.

A recent statement by agriculture minister Gerry Ritz indicated that the government is committed to improving growers’ access to crop production products. “We are working with our largest trading partner through the Canada-U.S. Regulatory Co-operation Council to streamline regulatory practices, making the pesticide registration process more efficient and timely,” said Ritz in a January press release. “Our government has also made major progress, working closely with our counterparts in the United States and elsewhere, to align regulatory requirements and get safe and effective crop protection tools and technologies into the hands of growers.”

However, a new trend toward a global regulatory system and registration of products has the world of crop protection abuzz. “Something I’m most excited about is we’re now moving toward a global regulatory system and the registration of new products on a global scale. For the first time ever we are seeing global joint submissions for new products,” says Chaput. Products are developed and then registered in countries such as Europe, Australia, Japan, and North and South America all at once.

Although still in its infancy, this trend could greatly improve growers’ access to crop protectants. “It’s a great development and advancement for Canadian growers because our customers can use a product at the same time [as competitive growers] and not have to wait years, [whereas] growers in other countries are using the same product two or three years ahead of them,” says David Tolton, sales manager of horticulture for Bayer CropScience Canada. With a minimum investment of $150 million over 10 years for the discovery and development of a new product, global registration could also prove to be more cost-effective and efficient.

Although global registration and regulation is an important development for all stakeholders, another global trend may be emerging that could dramatically affect crop protection. “It’s an amazing thing, they’re also actually talking about the potential of establishing global residue zones for residue studies on various crops across the whole planet and establishing global maximum residue limits. It’s really exciting stuff—I can hardly believe it,” says Chaput. Establishing global MRLs could eliminate non-tariff trade barriers for growers exporting their potatoes to other countries.

Twenty years ago, global registration and regulation were not even considered a possibility. Today, Canada is leading this trend to review, register and market products jointly with similar jurisdictions, says Chaput.

The big question is—will Canada follow the trend of imposing government-enforced restrictions on pest control products like some European countries? No restrictions are on the government’s immediate agenda. However, Chaput says that as long as potatoes continue to make up a large share of our dietary intake, production will continue to be highly scrutinized by processors and consumers.

“I believe this will always be a concern, given the ongoing public scrutiny these materials receive, and their perceived impacts on the environment and health. Governments at all levels are under significant public pressure to restrict access to those things that their constituents feel are risks. That being said, pest control products are far better managed and regulated than many other substances in our day-to-day environment,” says Chaput.

Tolton also believes there may be more restrictions in the future, but Canada is already in a better position than most. “Other countries are doing what they feel is right, but Canada has always been a leader in that it has fairly high standards in the regulatory world, so [the government] may feel it doesn’t need to [resort to] such dramatic cuts and changes in production as other countries have.”

Fortunately, the focus of all stakeholders has been on sound science, which could influence the direction of future regulations. “We, in the pest control products area, have lots to fall back on in terms of saying the science behind this is sound. It’s always going to be subject to updates and evaluations, but compared to some other areas that contribute to the average person’s exposure, agriculture is in a good position to be able to defend [itself],” says Chaput.

Overall, emerging trends in crop protection are providing producers with a wider choice of safer, more targeted products through a simpler, more efficient regulatory system. Stakeholders have reason to be optimistic about tomorrow’s crop protection products.