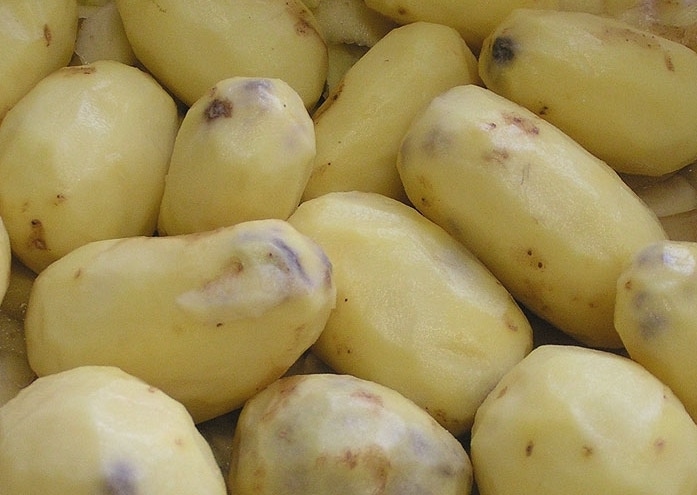 The accumulative impact of hot days, combined with warm evenings that fail to cool down, could result in blackspot bruising early in the harvest season, according to a recent study by the Idaho Potato Commission.

The Commission sponsored the study to warn Idaho growers of preventative measures to avoid blackspot bruising of potatoes during the early harvest period.

The study, published by University of Idaho potato researchers Mike Thornton and Nora Olsen, cited the crop’s “extreme differences in maturity” in the first week of September as a reason of concern for blackspot bruising.

“It’s a matter of just paying attention to soil moisture from time of vine kill up until you get ready to harvest to make sure the potatoes don’t get dehydrated because when that happens, they get susceptible to blackspot bruise,” says Thornton, who adds dehydration under dry conditions of the soil results in faster deterioration with the age of the tuber.

Growers should also look at every transition point where they handle potatoes, minimize the drop distance of the potato, and cushion the drop with either something soft or another potato.

New Potato Gene Which Will Speed Up Hybrid Breeding Found