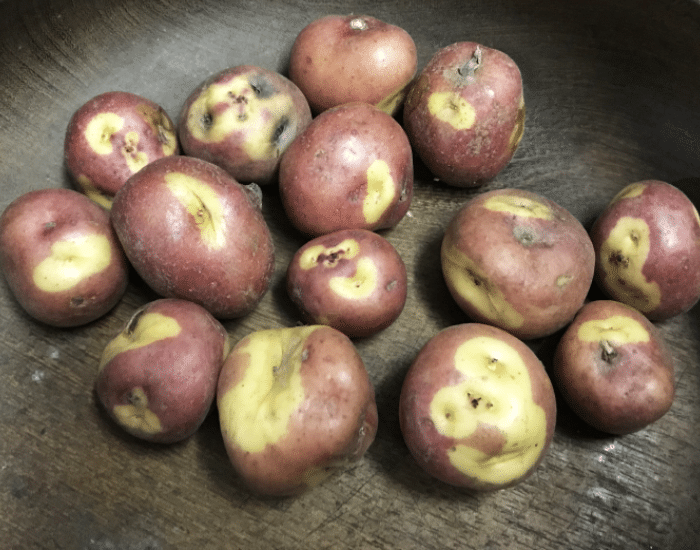 It has been found potatoes are an excellent source of iron and can play an important role in helping to reduce iron deficiency — the leading cause of anemia, says a study recently published in the Journal of Nutrition.

The study of iron-deficient women in Peru’s Huancavelica region who ate 500 grams of potatoes per day for two weeks found the rate of iron absorption from those potatoes was much higher than that reported for other crops. People absorb only about two to 10 per cent iron in most other vegetables, but participants in this study absorbed 28 per cent of the iron in the yellow-fleshed potato they ate.

“Nobody expected the potato to have such a high level of iron absorption,” Gabriela Burgos, a nutritionist at the International Potato Center (CIP), which undertook the study in collaboration with ETH Zürich and Peru’s Instituto de Investigación Nutricional, says. She adds this was the first human study of iron bioavailability in potato ever done, and it produced the kind of pleasant surprise scientists hope for.

Burgos explains most vegetables and legumes, contain high levels of phytates and other compounds which inhibit iron absorption, whereas potatoes have low phytate levels and plenty of vitamin C, which enhances iron absorption.

The study’s results are especially significant because they took place in the framework of an initiative to increase the iron levels of potato through conventional breeding – a process called biofortification, the study notes. The resulting varieties will be disseminated in areas where iron deficiency is a problem.

An efficacy study still needs to be conducted to demonstrate there is significant improvement in the iron and zinc status of people who incorporate biofortified potatoes into their normal diets, the study says.

Study Finds No Need to Skip Spuds with Type 2 Diabetes

For years people with type 2 Diabetes have been told to avoid eating potatoes due to their high Glycemic Index as they make it...
Read more
Potato Health Benefits

The health risks from glycoalkaloids, which are found in potatoes and potato products, can be reduced by peeling, boiling and frying potatoes, a study...
Read more
Business

What Consumers Want and Farmers Need