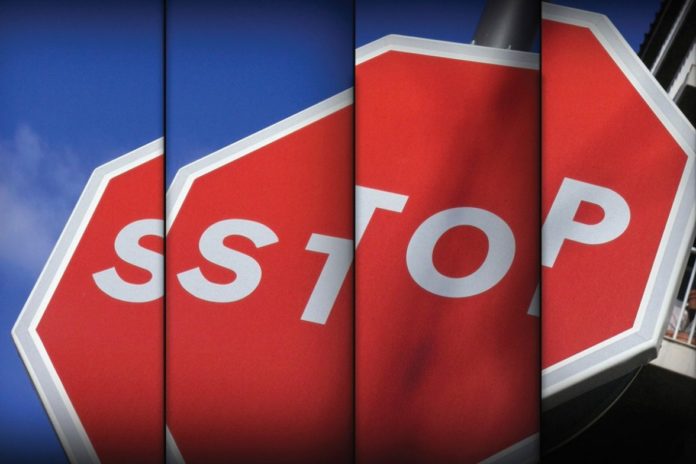 [deck]With new aggressive strains of late blight on the move in Canada, producers and industry specialists are looking at ways to improving on-farm management strategies to effectively control the pathogen.[/deck]

Late blight disease has been a challenge to potato producers in Canada for many years, but new strains of the pathogen are making it more difficult to control. The US-8 genotype has been dominant in much of Canada for the past 15 years; however, new studies indicate it’s no longer the leading strain. Khalil Al-Mughrabi, acting manager and pathologist at the Potato Development Centre in Fredericton, N.B., says that’s because more aggressive strains of late blight keep emerging in Canada.

“A comprehensive survey conducted in 2011 indicated that although the US-8 strain dominated in Eastern Canada prior to 2011, new US-23 and US-24 strains rapidly became established in other parts of Canada, while the US-11 and US-22 strains dominated populations of the pathogen from specific areas of Alberta and Ontario, respectively,” says Al-Mughrabi. “In 2012, the US-23 strain re-emerged as the dominant strain across Canada.”

Caused by the fungus Phytophthora infestans, late blight is spread by spores released from infected plants during wet weather conditions and travels on the wind from as far away as 80 kilometres. The strains have been moving north from the United States on seed potatoes.

According to Al-Mughrabi, the new US-23 strain found its way to Western Canada on seed imported from the United States. The movement of seed potatoes from Western to Eastern Canada helped it to spread eastwards in 2011, and in 2012, US-23 was the predominant late blight strain across Canada.

Al-Mughrabi encourages growers to buy late blight-free seed potatoes and ask for a certificate indicating that the seed lot is free of the disease. “As late blight is not a disease of quarantine nature, the movement of seed potatoes infected with late blight can occur,” explains Al-Mughrabi. “Growers have to follow strict management practices from the time they source their seed until they harvest and store the crop.”

Since 2009, a network of experts from across the country, known as the National Late Blight Working Group, has been collaborating on all aspects of late blight research in Canada to identify changes and geographic shifts in late blight pathogen populations. Each year surveys are conducted by the researchers and samples are collected from all provinces and submitted to various laboratories where the late blight pathogen is isolated, purified, and sent for identification to laboratories in Alberta, Prince Edward Island and Manitoba. Once the strains are identified, the sensitivity of these strains to fungicides is evaluated.

“Since the behaviour of the new strains is not well known yet, some scientists are studying the growth pattern and pathogenicity of these new strains to potatoes and other hosts,” explains Al-Mughrabi, who chairs the late blight research group. “Response of the new strains to the current fungicides registered for the management of late blight in Canada is also being evaluated. Combining all such information will help researchers to determine the best approach to manage the new aggressive strains.”

Prevention is not always an easy task for researchers or potato producers. Late blight can appear on potato and tomato leaves a few days after periods of humid or rainy weather. Dark green water-soaked circular or irregularly shaped spots develop, which may be ringed by a pale yellowish-green border.

“The lesions enlarge quickly and turn brown. Under humid conditions, white fluffy mould will grow on the underside of infected leaves and produce spores in as little as 10 hours when humidity is high,” says Al-Mughrabi. The infected stems will develop dark lesions and fluffy white mycelia, often where the leaves attach to the stem or at the growing point. Underground tubers become infected when rain washes spores down through cracks in the soil. Signs of late blight on infected tubers are a reddish-brown, granular dry rot that may extend up into the tuber. Infected tubers often break down after harvest due to secondary infections.

New Brunswick potato producer Carl Stephenson says striving to maintain a late blight–free farm is difficult as constant crop scouting is needed to determine if the pathogen is near. “We have a saying that your management plan is only as good as your neighbours. And it’s true,” explains Stephenson. “I am very fortunate that I have diligent and conscientious neighbours who are on the constant lookout for this disease as well.”

One way to combat late blight is with a preventive spray program. Effective control by fungicides requires good coverage of the foliage, as well as proper rates and timing of applications. “Generally, fungicides are most effective in the early stages of infection before symptoms appear,” says Al-Mughrabi. “However, no fungicide can cure an established infection. Fungicides against late blight are essentially protectants and not particularly persistent. They must be used to protect plants as prophylactic sprays in routine programs and in an overall strategy designed to prevent the disease infecting the crop.”

We have a saying that your management plan is only as good as your neighbours. And it’s true. I am very fortunate that I have diligent and conscientious neighbours who are on the constant lookout for this disease as well.

Contact fungicides are retained on the surface of the plant where they are applied and only protect the plant where the spray is deposited or has been subsequently redistributed by moisture. Contact fungicides are not taken into the plant and therefore are vulnerable to erosion by wind, rain and degradation by sunlight. They do not protect new plant growth formed after the spray has been applied. These fungicides have no effect against already established late blight infections.

Translaminar fungicides are absorbed by the leaves and show limited redistribution from upper sprayed surfaces to lower unsprayed surfaces. They are generally more rainfast than contact fungicides, but do not move within the plant to protect the new growth.

Stephenson utilizes high-end contact and systemic fungicides on his farm and has also used translaminar fungicides, a newer option on the list of preventive measures for farmers, as part of his late blight management strategy. “The nice aspect to our industry is that researchers and companies are working towards finding new ways to fight against this evolving disease,” says Stephenson.

Al-Mughrabi says that in a preventive program, the first three fungicidal sprays are the most important sprays of the entire season. He adds that the spray window can be a narrow interval depending on weather conditions, and producers need to be diligent in their management efforts.

A company known as Weather INnovations (WIN) is also helping in the fight against late blight spread. WIN has weather stations set up throughout Manitoba’s potato-producing regions specifically for potato growers. “Information from the weather stations can help to predict optimum late blight producing conditions prior to infestation,” says Andy Nadler, Western Canada operations manager for WIN. “We are glad to be a part of and hope to continue to be a part of producers’ on-farm disease management decisions.”

WIN maintains other weather monitoring stations across Canada aimed at helping combat various diseases in multiple crop types. In New Brunswick, a system of government-funded weather stations known as Dacom, also provides valuable information for potato farmers like Stephenson. “It’s important to know what weather conditions are within a specific geographic region,” he says, “and weather stations within our area help to determine low, moderate or high disease risks.”

According to Al-Mughrabi, growers should always be mindful of the proper procedures for applying fungicides to ensure adequate protection against late blight. These include:

Al-Mughrabi and Stephenson also agree there are numerous steps growers can take to avoid getting struck by late blight, or combating the disease once it appears. These measures include:

The National Late Blight Working Group was established by the Potato Committee Executive (now the Canadian Potato Council) of the Canadian Horticultural Council in 2009. The group acts in a consultative role with the potato research community in Canada and around the world in order to reduce the impact of late blight on potato production while obtaining a greater understanding of the disease.

The working group shares information on late blight occurrences in Canada and the United States on a regular basis throughout the growing season. Changes in late blight populations in Canada are closely monitored and the information is shared with representatives from all provinces. Despite limited funding, the surveys have produced valuable results for farmers, including the identification of new strains within Canada. According to the research group, these new strains now appear to dominate the late blight landscape and also behave differently. For example, one strain—US-23—is aggressive on both potatoes and tomatoes while the older US-8 strain is more aggressive on potatoes.

The research group continues to evaluate the efficacies of various fungicides against late blight on a yearly basis. Future projects for the group will focus on the changes in the pathogen population, pathogenicity (infection ability), host response to late blight and best management practices for controlling the disease.

Feds Fund Tech to Reduce Pesticide Use in Crops