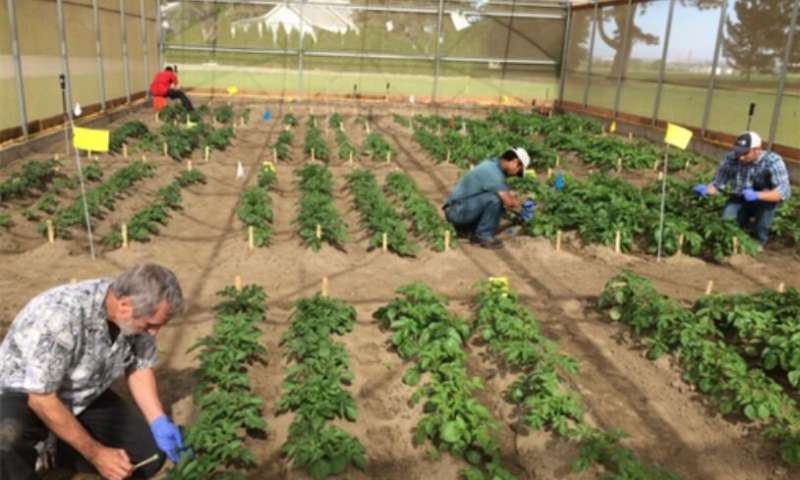 Potato virus Y (PVY) is the most serious problem facing the potato industry in the United States and is the main cause for rejection of seed potato lots. The virus affects potatoes in two ways: It reduces the yield of potato tubers by 70-80% and also negatively affects the quality of the remaining tubers due to necrotic reactions.

PVY encompasses a complex network of strains with a range of symptoms. During the last 10 years, major changes have been observed in the prevalence of different strains. PVYO, a nonrecombinant strain dominant in the United States until 2012, has virtually disappeared, while two recombinant strains (associated with tuber damage) have been on the rise. These strains, PVYN-Wi and PVYNTN, now represent more than 90% of all PVY isolates found in potato.

In the webcast posted August 26th, “Changing Strain Composition of Potato virus Y (PVY) in the U.S. Potato,” University of Idaho Professor of Plant Virology Alexander Karasev discusses this strain-prevalence shift, drawing conclusions based on screen house experiments conducted over two growing seasons in 2015 and 2016. His research shows that while three of the four potato types resisted PVYO, none was able to resist PVYN-Wi.

These changes in PVY strain composition in potato fields have important consequences for potato certification, potato breeding programs, and diagnostic laboratories. According to Karasev, more emphasis should be placed on lab tests, since visual symptoms are more difficult to see. Additionally, commercial diagnostics kits should be able to detect these new strains.