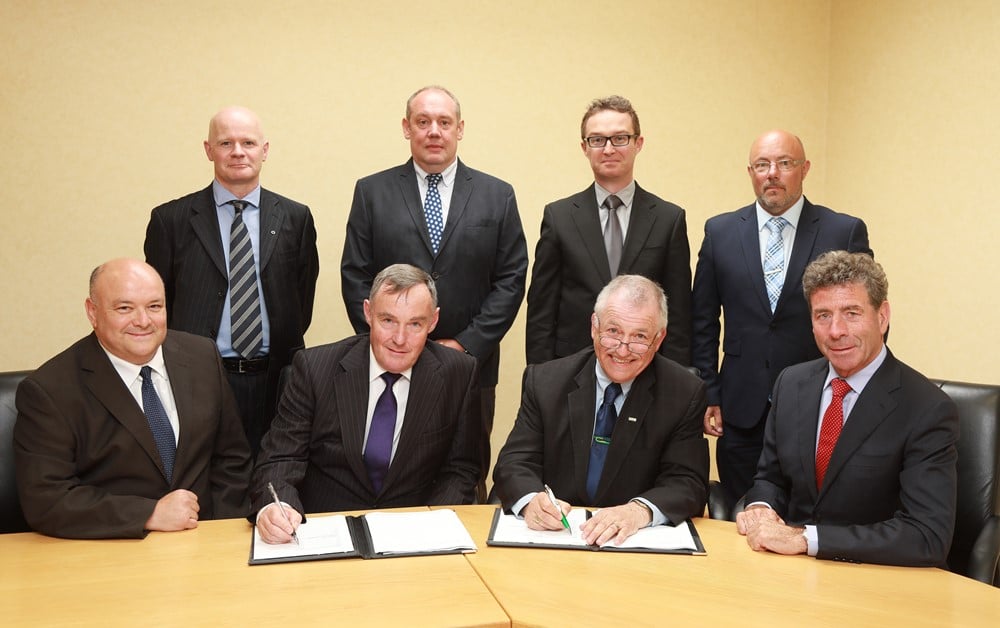 Teagasc and IPM Potato Group (IPM) have been collaborating since the early 1970s when they first formed a partnership to breed new varieties of potatoes for the Irish and global markets.

Teagasc Director, Professor Gerry Boyle said: “Given the long lead times in developing new potato breeds, I am pleased that the close relationship between Teagasc and IPM Potato Group will continue to the next phase, and build on the successes of the Potato Breeding programme in Oak Park.”

IPM Potato Group (IPM), a subsidiary of Donegal Investment Group, is a major international player in the development of new and improved potato varieties and markets seed potatoes of Irish, British, Dutch and French origin in over 40 countries.

Speaking at the signing of the new agreement, Colm McDonnell, R&D Manager at IPM Potato Group said:  “This agreement will enable us to continue our focused efforts to develop potato varieties which can perform under the diverse set of challenges that lie ahead. We plan to introduce robust varieties, which are resistant to pests and diseases, less dependent on pesticide input, energy and water efficient and meet end-users specifications.”

Over 45 varieties have been released by the partnership. The variety Rooster, which was released in 1991 is now the most popular variety in Ireland, and occupies over 65% of total production in Ireland, while also enjoying success in the UK and North America.  Nectar, released in 2005, has recently grown to be the fourth largest variety in the UK based on its yield, excellent taste, storage and appearance.

Denis Griffin, potato breeder at Teagasc, said: “Teagasc has invested heavily in new molecular genetic technology over the last fifteen years and in collaboration with

Dr Dan Milbourne, the potato breeding programme is now one of the most modern internationally. The focus of the programme has evolved to focus on sustainability and consumer quality traits”.

In the same period IPM potato Group has expanded globally now supplying seed potatoes in over 40 countries on all continents except Antarctica. Marcel de Sousa, IPM Potato Group Director commented: “The potato is seeing growth globally, as no other crop produces as much food as efficiently in terms of land use, water and other inputs. The partnership between IPM Potato group and Teagasc will allow continued growth for IPM and a commercial route for Teagasc innovation and research.”

John Spink Head of Crops Environment and Land Use at Teagasc commented: “The relationship between Teagasc and IPM has been an excellent example of Public Private Partnership, combining the individual marketing and breeding expertise, with the varied international linkages of both organisations.”

The acquisition of Plant Breeders’ Rights for new varieties is supported by the technology transfer department in Teagasc. The collection of royalties on new varieties ensures a steady income to support the on-going research and development. Speaking of the relationship, Sean Mulvany Head of Technology Transfer at Teagasc said: “The enduring relationship between Teagasc and IPM is a real example of successful knowledge transfer and we look forward to offering continued support in the future.”