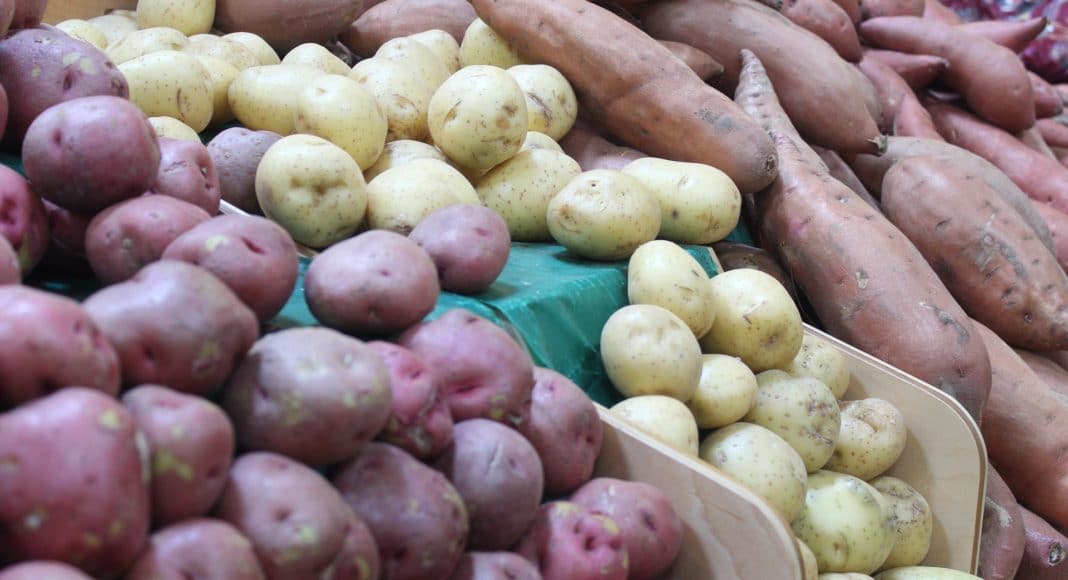 The early weeks of the COVID-19 lockdown have shoppers stockpiling groceries, which is pushing fresh potato sales across Canada to record levels.

The spud is versatile food, it can be used in various dishes and stores well — so it makes sense shoppers would turn to it as they plan to hunker down for an unknown amount of time during the novel coronavirus pandemic.

In mid-March the federal and provincial governments across the country urged Canadians to stay home and practice social distancing to stop the spread of COVID-19. Shoppers rushed to stockpile food to last the outbreak, with many turning to classic staples such as potatoes, which has grocery stores and suppliers working overtime to keep spuds on shelves.

“We saw a significant rise in the demand for potatoes around March 12 as people began to stockpile goods for the pending social distancing lockdown. The week of March 16 may be the biggest sales week for potatoes that Peak of the Market has ever had,” Larry McIntosh, CEO of Winnipeg, Man.-based Peak of the Market, says in an emailed statement.

Further east potato sale shave also skyrocketed. “Packers are doing their best to keep up to the demand, but it is almost impossible. March disappearances will be extremely high,” Kevin Brubacher, general manager of the Ontario Potato Board, says in an email.

The rise in potato demand is being felt across North America. The March 18 issue of North American Potato Market News notes packers are having trouble keeping up with retail demand. “As consumers eat out less often, they need to replace those meals with food prepared at home. Potatoes may be the most versatile vegetable for them to use,” the report says. “That would explain a large portion of the increase in sales through grocery outlets.”

On the West Coast of Canada, the potato industry has noticed a shift in demand. Restaurants have been forced to close due to the pandemic, pushing demand for fresh cut fries down, Hugh Reynolds, with Reynalda Farms in Delta, B.C., says in an email. French fries in British Columbia are mostly made using a large, white variety of potatoes called Kennebec, with restaurants closed there is now an oversupply of this variety.

“At the same time, we have a sudden extra demand for fresh potatoes as people eat at home. BCfresh is marketing them as No. 2 large in 20 lb. bags or boxes,” Reynolds says. “While they can be cooked many ways, home cooked Kennebec fries are great. Families with little interest in vegetables will eat any amount of these cooked as fries.”

Across North America potatoes destined for french fry processing are now in some cases being rerouted to the fresh market, the North American Potato Market News says. This could help rebalance the potato market as french fry processors were suffering from a shortage of supplies due to last fall’s dismal harvest where almost 17,000 acres of potatoes were left in fields across Manitoba and Alberta because of wet, cold conditions.

Potato production in the United States is expected to fall 5.7 per cent compared to last year with the largest impact being felt in...
Read more
Markets & Pricing

Canada is expected to produce 8.49 million cwt fewer potatoes this year than last at 98 million cwt marking the smallest crop since 2011, the...
Read more
Markets & Pricing

The long-term outlook for the potato market is in flux as the industry waits to see how the 2020 crop turns out and if...
Read more

Storing your potatoes until shipping time can be just as important as the growing season is, which is why you need to keep spuds...
Read more
Markets & Pricing

The long-term outlook for the potato market is in flux as the industry waits to see how the 2020 crop turns out and if...
Read more
Research

An overview of some of the latest potato research in North America presented at the Potato Association of America’s annual meeting. As the pandemic kept...
Read more
Tweets by SpudSmartMag