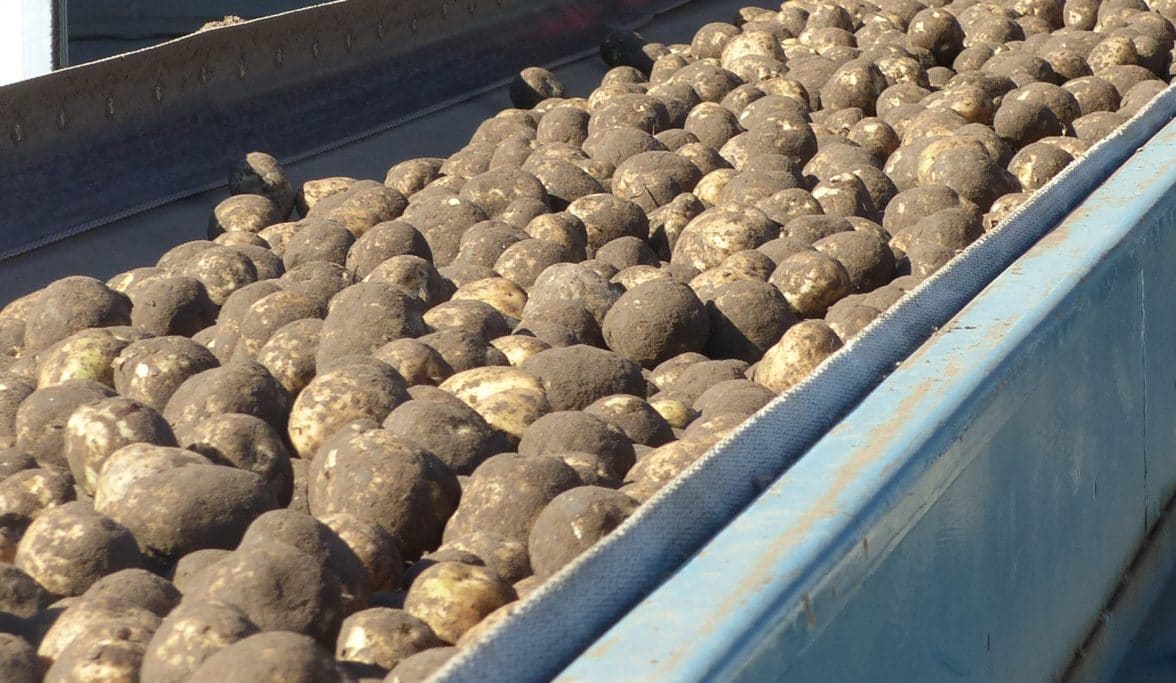 Yesterday, the Alliston area was buzzing with diggers and windrowers in action. Potato trucks were continuously on the roads carrying the crop to their storage destinations. I saw very good Lamokas being stored at HJ VanderZaag Farms.

WD Potato was also very busy receiving potato trucks and filling storages. Potato quality there was also very good. In general, the size profile  is better than expected. I did not see any tuber health issues, which is good news. 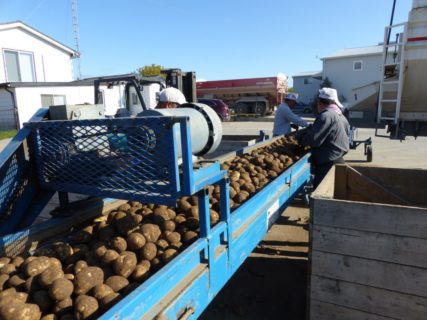 Yesterday morning, I was dig-testing the on-farm variety trial at Tupling’s Farms, which I planted on June 21. Despite the fact that Shelburne did not get much rain for two months, the quality and size was remarkable.  I told Bert that his efforts to keep the organic matter in the soil above 4.3% paid off, especially in a dry year. The variety “Alliston” did so well that someone suggested changing the name to “Honeywood.” 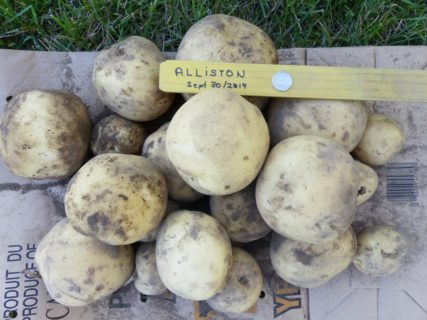 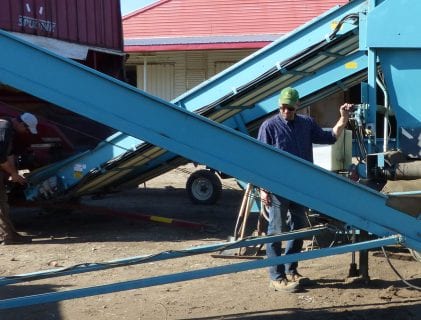 There are always things to check at harvest. Photo: Eugenia Banks