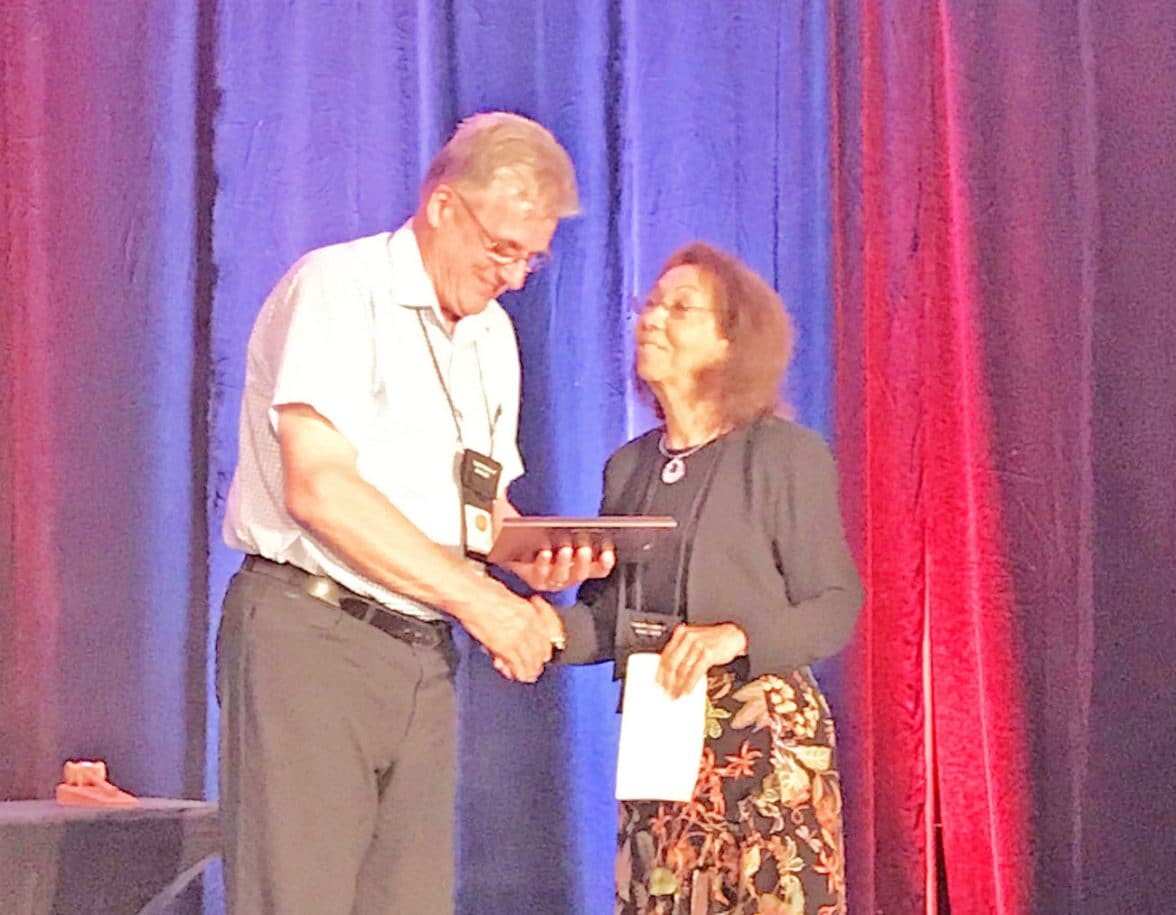 The harvest of the early processing crop started this week.  According to sources at WD Potato Ltd., the quality is good. Two to three inches of rain stopped digging of the early crop in the Simcoe-Delhi, Ont., area, but the rain was a blessing. The tubers are at the bulking stage. The Alliston and Shelburne areas continue to be dry. Irrigation is the order of the day.

Although the weather has not been favorable for late blight, a new outbreak of US-23 was found on tomatoes in Wisconsin. This is too close for comfort. The spore traps keep detecting spores of late blight in Simcoe, Dufferin and Norfolk County. The highest concentrations were found in Norfolk County.

I was in Winnipeg from July 28 to 31 attending the Potato Association of America (PAA) meeting.  It was a good meeting with a lot of information that will be of use to growers. Peter VanderZaag was awarded an Honorary Life Membership at the annual banquet.

This is the highest award bestowed upon an individual by the PAA.  It is given to those who have made a significant contribution in research, extension, education, production or any other facet of the potato industry. I was honoured to nominate Peter for the award and to introduce him at the banquet.  I cannot think of anyone more deserving than Peter for the award!