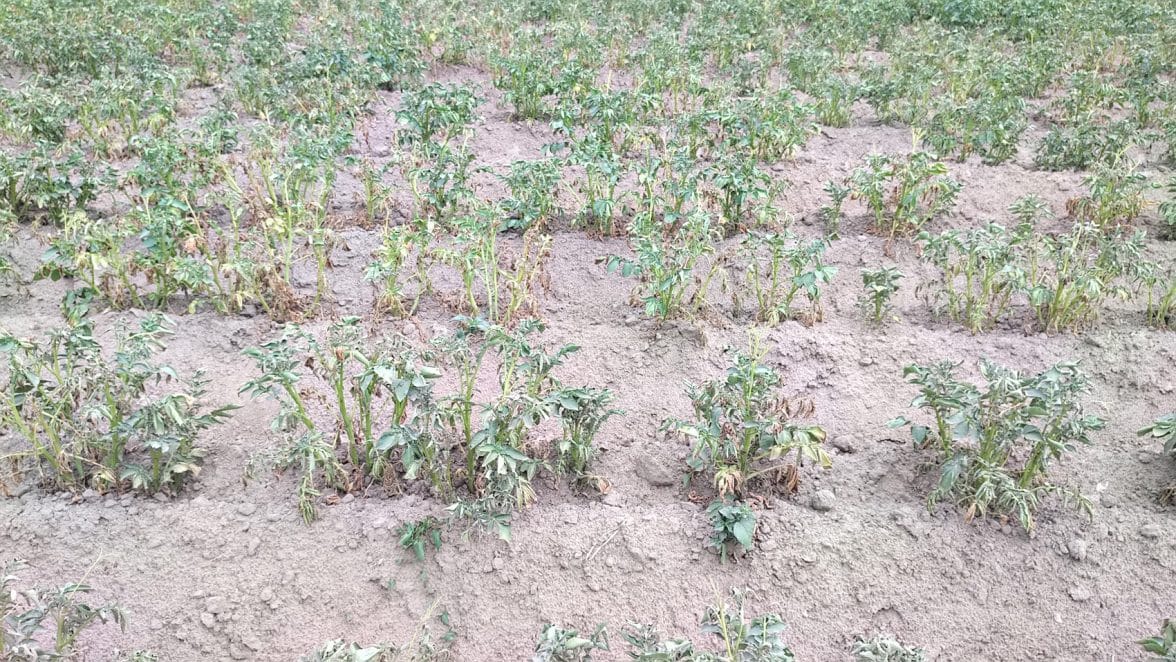 Impact of the drought near Alliston, Ont. Photo: Eugenia Banks

Finally, the Alliston, Ont., area that was hit hard by the summer drought received a much-needed rain over the weekend.  Mark VanOostrum had the details:

The rain will take the pressure off irrigation for a few days and should help bulking the chip processing crop.

I checked a non-irrigated field of fresh market potatoes near Alliston. There were patches of early dying, but it wasn’t Verticillium. There was no discolouration of the vascular system and the field had been fumigated in previous years. It was the drought that was causing the plants to dye in the higher parts of the field.

Harvesting continues near Simcoe, Delhi and Waterdown of the crop planted in early May. Quality is good; yields are variable.

Fields planted near the end of May are yellowing, and the common diseases — early blight and brown spot — are noticeable. There was also white mould and grey mould in irrigated fields.

I was in the variety trials yesterday getting tubers of new varieties for the Potato Field Day.  There are quite a few that look impressive in the first year of trials. Do not miss the Field Day on Thursday at HJV in Alliston. Dave and Mitch will be pleased to show you the Grimme Field Loader and any other equipment on display.

I hope to see you all on Thursday!