Agriculture and Agri-Food Canada’s potato breeding program is getting a major makeover. Here’s how it’s changing, and why.

The potato breeding program operated by Agriculture and Agri-Food Canada has a long history, releasing more than 130 new varieties over the past 90 years. Because of shifts in consumer demand, technologies, markets and growing conditions that have transformed the potato landscape in Canada in recent years, AAFC has decided it’s time for a change.

This year, the department’s potato breeding program is undergoing a major overhaul in an effort to modernize and become more efficient. Another primary driver is a desire to make the program more responsive to the needs of the Canadian potato industry.

“A key element in modernizing our national potato breeding program is to ensure that we align our objectives with the needs of stakeholders and industry across the country,” says Virginia Dickison, an AAFC biologist and operations manager for the breeding program who also acts as an industry liaison officer.

“A key element in modernizing our national potato breeding program is to ensure that we align our objectives with the needs of stakeholders and industry across the country,” says Virginia Dickison, an AAFC biologist…
Click To Tweet
“Our goal is to provide an effective national breeding program that delivers the type of potato varieties that consumers and industry want and need,” she adds.

Dickison says one of the main things the potato industry is looking for from the breeding program is a greater emphasis on the processing market.

Dickison says AAFC is also stepping up its efforts to solicit feedback from growers, processors and marketing agencies on what kinds of traits they’re looking for, so they can be incorporated into the breeding material used by the potato industry to develop new commercial varieties.

The changes follow an extensive assessment of AAFC’s potato breeding program that took place in the summer and fall of last year. 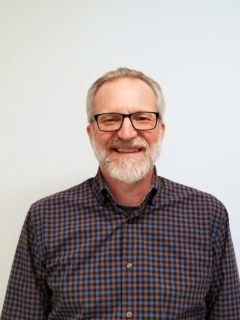 “After reviewing our program and consulting with the potato industry, we are taking steps to better co-ordinate the resources we have, including the Canadian Potato Gene Resources collection,” says Benoit Girard, director general for AAFC’s Research and Development Centres in British Columbia and the Atlantic provinces.

“Our goal is to not only improve the quality of the potato selections that we can provide to industry and private breeders, but to do it quickly enough to allow them to take full advantage of market opportunities and to respond to the needs of potato growers.”

“One of the things that we want to do is tapping into the genetic diversity that exists out there, understand better what that is, and then use that more effectively to incorporate new traits or superior traits in our breeding program [which will result] in better potato varieties,” he adds.

“In any field of science, there are evolutions, there are breakthroughs, and the science of 20 years ago is different than it is now. So, what’s happening here is we’re just keeping up with the times,” Girard says.

“In any field of science, there are evolutions, there are breakthroughs, and the science of 20 years ago is different than it is now. So, what’s happening here is we’re just keeping up with the times.” Benoit Girard
Click To Tweet

“We have to adjust because otherwise if we keep doing things the way we were 30 years ago, we’ll lose and we won’t be as competitive as we should be. [We want] to make sure that we avail ourselves of all the tools that are available now and keep up with science.”

As part of the revamped program, David De Koeyer has been named the department’s new potato breeder. The geneticist, who has been combining biotechnology and potato breeding for nearly 20 years, will use the latest technologies to explore the genetic potential of the gene bank.

“Our team will use up-to-date equipment, technologies and data management to rapidly identify the plants in the collection that have potential. From here, we will get those traits quickly and efficiently into our breeding program,” says De Koeyer.

“Potato breeding is still a bit of a numbers game. You have a lot of candidates to choose from, but you want as early as possible to get a good assessment of the potential of the many so you can narrow that down to a few. With fewer [candidates], you can do a better job of evaluating in multiple location trials.”

“Potato breeding is still a bit of a numbers game. You have a lot of candidates to choose from, but you want as early as possible to get a good assessment of the potential of the many so you can narrow that down to…
Click To Tweet

De Koeyersays strengthening the national aspect of AAFC’s potato breeding program is another key objective. “We’ll be doing multi-location testing earlier in the program to try to make sure that the material is adapted for both the West and the East,” he says.

Bizimungu says one of his goals is to more fully understand the genetic potential in the collection.

“The collection is a tremendous source of genetic diversity and traits that my team and I will be studying and characterizing in more detail.  This will help bring novel traits and material into our potato breeding program,” he says.

Girard says Bizimungu will be looking at genetic resources beyond what’s in the Canadian Potato Gene Resources collection.

“He’ll not only be studying the germplasm that we have, but he’ll also … reach out to other groups around the world,” he says. It’s hoped the result will be enriched germplasm that can be used to acquire desirable traits.

Bizimungu, De Koeyer and Dickison all work out of the Fredericton Research and Development Centre in New Brunswick. The breeding program also has team members based in Lethbridge and Vauxhall, Alta., as well as a number of other locations in Canada.

“One of the things that we want to do is better co-ordination, better integration and better harmonization between the people that are part of this program,” says Girard, adding that part of De Koeyer’s role will be travelling to different locations and communicating frequently with team members to ensure the program is operating in a cohesive fashion.

Dickison says an important part of her job as industry liaison officer is travelling to different potato industry trade shows, conferences, field days and grower meetings across Canada to get feedback on how AAFC’s potato breeding program is working.

Dickison says she welcomes input from the industry. She can be contacted by email at virginia.dickison@canada.caor by phone at 506 460 4529.

As part of the revamp to the potato breeding program, AAFC is also mulling over possible changes to the way its new varieties are commercialized.

“There will likely be a need to continue to consult with industry and look at how we can perhaps modify or adjust our commercialization strategy,” says Benoit Girard, director general for AAFC’s Research and Development Centres in British Columbia and the Atlantic provinces.

There’s already been a change within the accelerated release program, which enables stakeholders in the Canadian potato industry to see the top varieties from the AAFC breeding program through open houses held each February.

Under a new two-tiered system, the most promising varieties in the accelerated release program will undergo two years of trials in locations across Canada rather than one, before they are released to growers for further evaluation in the field.

Virginia Dickison, industry liaison officer and operations manager for the potato breeding program, says the additional year of data collected under the new system will enable AAFC potato breeders to really dial in on cultivars with the best potential.

Dickison says the accelerated release program open houses weren’t held this year but they’re likely to resume in 2020, although the format may be different. She notes options being considered include having the event later in the year, in November or early December, as well as adding virtual presentations as a way to broaden the breeding program’s reach.

I read your post.it was amazing.Your strategy for accepting is mind blowing. This is basic site. I am completely satisfied by your prominent work. Your work is unlimited and I like you and ricocheting for some consistently faultless posts. Keep encompassing such a generally engaging web diary. Appreciative for sharing. https://www.essayjaguar.com/