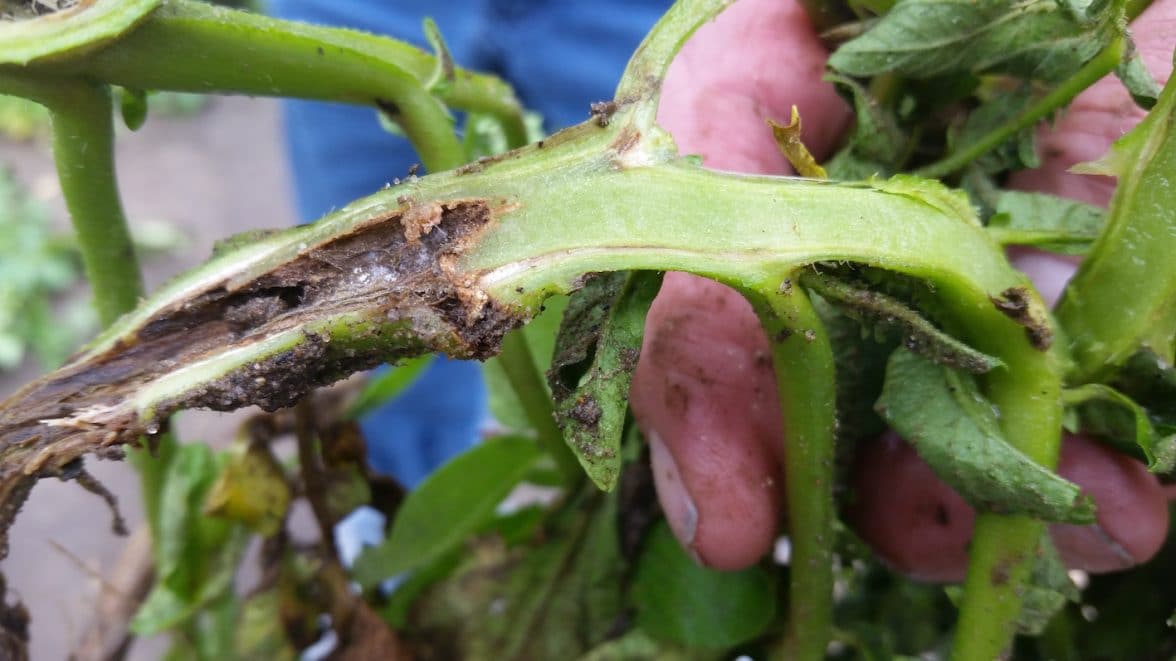 Potatoes are important. They rank fourth among the world’s staple crops. In the United States, they are grown commercially in 30 states and valued at $4 billion annually. Potatoes are also susceptible to 160 different fungal, bacterial, and viral diseases, such as blackleg and soft rot diseases, which are caused by the bacterium Dickeya dianthicola.

In 2015, an aggressive outbreak of this bacterium led to losses of greater than $40 million. In part, this outbreak occurred because of the inability to detect this specific bacterium when seed potatoes were being screened for pathogens using DNA-based tests.

To test the Uniqprimer, the scientists screened 116 field samples for the presence of D. dianthicola and found it in samples from nine different states. The Uniqprimer was able to detect the bacterium when other more commonly used tests did not.

While Uniqprimer was developed with blackleg disease and potatoes in mind, it can be applied to any pathogen and in any geographic area. It can also be used by anyone with an internet connection, even those with no background in bioinformatics.

“We hope Uniqprimer and the tests it designed will aid in the accurate detection of D. dianthicola and many other pathogens,” said lead author Shaista Karim. “Accurate pathogen detection is the first step for management of a disease, which helps in reducing the losses in the potato industry and informing the farmers in a timely manner to better aid on-farm decision making.”